PHOTO BY JOSH SAUNDERS Bread & Water Theatre Artistic Director and Founder J. R. Teeter with his five-year-old son, who was diagnosed with autism and ADHD.

The Rochester Association for Performing Arts (RAPA) Family Theatre program last October piloted its first sensory friendly performance with a single showing of "A Year with Frog and Toad," an hour-long musical about an unlikely friendship. In the audience sat an autistic man in his early twenties, who'd never seen a live theatrical production because he never felt comfortable enough to attend. After the show, he went up on stage to meet the cast, thanking each one individually and asking them to sign his program.

Artistic Director Eric Vaughn Johnson noted an immediate response from his company members. "They thought it was so neat, they told me we had to do more of this," he says. 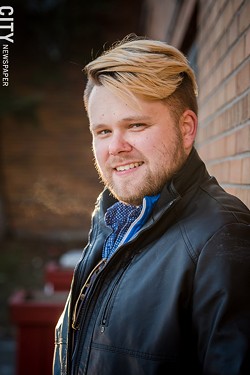 RAPA Family Theatre was founded in 2014 to bring storybook shows to children of all ages. Soon, RAPA began booking traveling shows at schools.

But when some of the students had special needs or autism, "we quickly realized we weren't doing shows that entertained in the way they needed," Johnson says. The idea to incorporate sensory friendly performances came to him when he was visiting with family in Minnesota last year and happened to attend Children's Theatre Company in Minneapolis.

"Children's Theatre is the best at what they do," Johnson says. "When I saw what they were doing with sensory friendly theater I stopped and thought, 'wait, we could do this, too.'"

Sensory friendly performances are specifically designed for children and adults who have autism spectrum disorders or other sensory, social, and cognitive disabilities. RAPA's sensory friendly performances have reduced loud and jarring sounds, have no flashing or strobe lights and no actors in the aisles, theater house lights remain at 50 percent for the duration of the show, and they offer a post-show meet and greet with the actors that has limited distractions. There's also a longer intermission, limited concession choices, and removal of any show merchandise to minimize distractions.

Katy Distenfeld has been a member of the local theater community since she was six years old, and has been involved with everything from acting and puppeteering to props and set design. These days, she's a contract props master and formulates community plans for developmentally disabled people at Mary Cariola Children's Center. As a member of both the theater community and the sensory community (she's sensitive to sound and uses a weighted blanket), Distenfeld has been encouraged by the uptick in sensory friendly performance awareness. 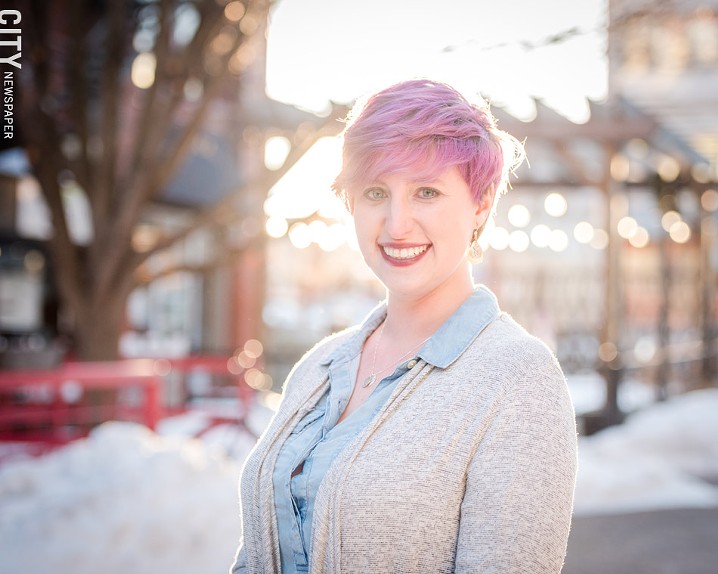 "This is something that's kind of new, but it's gaining more traction and has been in the spotlight," she says. "As someone who plans outings, I'm noticing lots more opportunities in the area recently."

"Unfortunately, smaller venues tend to be crowded — noisy, hot, over-stimulating — so we've had to leave a few shows," she says. "We've had experiences where it seemed they didn't really know what 'sensory friendly' meant; they took out strobe lights and turned down volume, but that was it."

Ideally, sensory friendly performances take into consideration the entire space where the experience happens. For Distenfeld, the best example of spatial awareness happened at Hochstein, where Rochester Philharmonic Orchestra teamed up with the Nazareth College Dance Ensemble to present the sold-out staging of Sergei Prokofiev's "Peter and the Wolf."

"The lights were on, it was interactive, and there were kids running around," she says. "The girl I work with feels she has to be quiet when others are, so when it was OK to move, not be quiet, and even eat a snack, that was really freeing for her."

And sensory friendly shows can be good for others, too: seniors overwhelmed by loud noises, children with ADHD and other attention deficit disorders, and, in the case of "Peter and the Wolf," families with young children.

"There were a lot of kids there who didn't have special needs, but they were also enjoying it because it's family friendly," Distenfeld says. "That feels like the definition of inclusion, which I love."

J.R. Teeter, artistic director and founder of Bread & Water Theatre, has a 5-year-old son who was diagnosed with both autism and ADHD. As members of the theater community, Teeter and his wife believe sensory friendly performance is very important for their son, especially because theater is so rarely seen as a hobby for children with autism.

Sensory friendly theater is helping people with autism find their niche, Teeter says. "If a child's niche is theater but they can never go because the theater isn't welcoming them, then they could lose an element of themselves that they may never get back."

Teeter's son attended Rochester City Ballet's recent sensory friendly performance of "Cinderella" at Nazareth College Arts Center and while it was a ballet, the environment was relaxed to welcome children and adults who may need to sit in the aisles or use stimming (repetitive body movement such as rocking, repeating phrases, or hand flapping).

One of the biggest factors for sensory friendly attendees is familiarity with the performance space. Nazareth College Arts Center, which features touring and local acts alike, has been strongly supporting sensory friendly performances over the past few years. In order to create the environment, the center works with the artists to adjust audio levels, stage lighting, and any other potentially startling audio or visual elements. In keeping with the college's mission of community engagement and hands-on learning, students from the education and health and human services departments work alongside ushers to provide support.

Before last October's sensory friendly performance of "A Year with Frog and Toad," the twenty-something RAPA audience member walked through the entire Kodak Center theater space with his mother and Barbara Martorana, director of the Department for Exceptional Children at Monroe 2-Orleans BOCES. Martorana partners with RAPA on its sensory friendly programming, and Martorana also attends dress rehearsals and gives notes from the standpoint of what her students might see and hear.

Since personalized walkthroughs and student partnerships aren't always possible, many venues will offer a Social Story — a slideshow of photos or short video available on the website and social media, which walks audiences through attending a production before arrival.

+ Invite BOCES, Artists Unlimited, or AutismUp volunteers to a rehearsal so they can give feedback on how to make the performance more sensory-friendly

+ Allocate funding (from both donors and grants)

+ Educate audience members to be accepting

+ Bring house lights to half (or more) during the show

+ Make sure the temperature is controlled

+ Allow food and/or drink during the show


It's important to note that sensory friendly performances extend well beyond just services for those with hearing disabilities; due to Rochester's high per capita deaf and hard-of-hearing population, American Sign Language interpreters and hearing devices have been utilized for many years at such places as Geva Theatre Center, Blackfriars Theatre, and the Rochester Broadway Theatre League. There are also services for the blind, such as audio description provided live by an onsite narrator, already available at many theaters.


But according to AutismUp, the leading autism advocacy organization in the area, there are more than 10,000 people diagnosed with autism in the greater Rochester and surrounding areas. While RAPA and many other companies are only offering sensory friendly children's shows right now, there's room for growth.

"We need to have organizations that support the autistic community and push for these performances," Teeter says. "Not only that, they start spending money on them."

For more than a decade, local non-profit Artists Unlimited has been providing onstage opportunities for individuals with developmental and physical disabilities, but it's one of the few organizations in town that does. RAPA works with ushers who have developmental disabilities, and Johnson hopes to offer acting classes eventually.

"We know there is a need for this," he says. "We're applying for more funding to do this – the sky's the limit."

Full disclosure: Leah Stacy is an assistant professor in communication and media at Nazareth College.


Nazareth College Arts Center will feature a sensory friendly performance of the nationally touring show "Pinkalicious, The Musical" on Saturday, May 5, at 11 a.m. boxoffice.naz.edu.