The water's everywhere – not solely in our lake 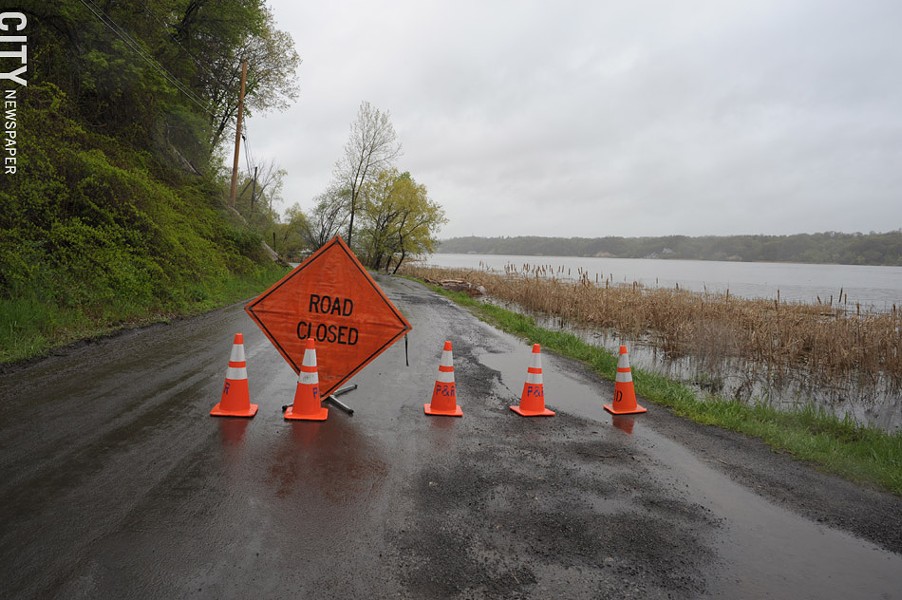 I’m sure if I had a house right next to the lake, I’d be worried, too. I might hope somebody would do something to help me – something besides giving me sandbags.

We may think of Lake Ontario as a contained body of water, but the Great Lakes are one big chain, with Superior on the western end linked to Huron, Michigan, and Erie and on to our Ontario. The water flows through them, one lake after another. And it keeps going, into the St. Lawrence Seaway and the Gulf of St. Lawrence and out into the Atlantic.

This spring, there’s been a lot of water. And lakeshore land has started experiencing flooding along all of the Great Lakes. All of them.

The Toledo, Ohio, Blade was reporting flood warnings in April.

Ontario Province news media reported severe flooding in the area around Sault Ste. Marie, Ontario, which sits on the waterway between Lake Superior and Lake Huron.

The threat of floods doesn't end at the eastern end of Lake Ontario, either. When we have high water levels in the Great Lakes, more water pours into the St. Lawrence, which flows past Montreal. And areas of Montreal have already flooded. Photographs and videos on media websites show water-filled streets in downtown Montreal and in Montreal suburban neighborhoods.

In late April, 6,000 people in the Montreal area had to be evacuated. Late last week, another 3,000 were forced out.

Predictably, some residents along Lake Ontario are blaming Ontario’s flooding on the International Joint Commission, the US-Canadian organization that manages the water in the Great Lakes. The IJC exerts some control over the lake levels by regulating the amount of water flowing out of Ontario through the Moses-Saunders Dam in the St. Lawrence Seaway.

But that's a balancing act. Actions that might benefit lakeshore property owners on Ontario’s southern shores could cause catastrophic flooding in Montreal. And there’s only so much that the IJC can do. When we have an unusually large amount of rain or snow – and that will become more common with climate change – we’ll have more water in all of the lakes.

Not coincidentally, the Mississippi River is also flowing over its banks. "Deadly Flooding From Michigan to the South Damages Homes, Sends Mississippi River to 157-Year-High in Davenport, Iowa," says a Weather Channel headline.

This is not wade-in-the-water flooding. It's water-halfway-up-front-doors flooding. And NOAA – the National Oceanic and Atmospheric Administration – has warned of “potentially historic” flooding in the Southern United States.

In his visits to lakeshore communities last week, Governor Andrew Cuomo noted that extreme weather is becoming more common, and he called for investment in flood prevention. “Not recognizing realities doesn’t work,” he said.

But WXXI’s report on Cuomo's visit to Olcott in Niagara County also showed him blaming the IJC. It’s the Commission’s job “to manage the water flow,” he said. “By definition, when you have flooding, they are not doing a good enough job.”

And on Sunday, he was at it again, saying that the IJC’s members “need to get their act together and do a better job so we are not always in this situation."

Some of the federal government's $2 trillion infrastructure program “should definitely be used for rebuilding this shoreline,” Cuomo said.

Unfortunately, across the country we’re doing just that: rebuilding where water has taken land and buildings.

It’s past time to start “recognizing realities,” to use the governor’s words. Last week, Cuomo and Congressional Representative Joe Morelle called for infrastructure improvements. Those will be important. But so will rational land use planning. And it’s not rational to build in flood plains.

In Ontario Province, Canada, Tim Byrne, director of watershed management for the Essex Region Conservation Authority, has been urging lakeshore residents in Essex County, Ontario, to move, according to a report by the Ontario news site BlackburnNews. Government, he said, should help them leave.

Lake Erie has been flooding in that area – on the southwestern end of the lake – for decades, BlackburnNews noted. And Byrne criticized his own agency, municipalities, and other government bodies for approving building permits and development plans despite a 1998 study that showed the flood risk. In the early 2000's, Byrne, said, a "well-funded local group of property owners" rebuffed efforts to have them leave.

And Lake Ontario is doing the same here.

Given the Trump Administration's disdain for anything related to climate change or science, I haven't been surprised that Trump's big fan in Congress, Upstate Representative Chris Collins, has lashed out at the IJC about the flooding. But you'd think we could expect better from the governor of the very blue state of New York.