The UR and harassment: learning from the protests 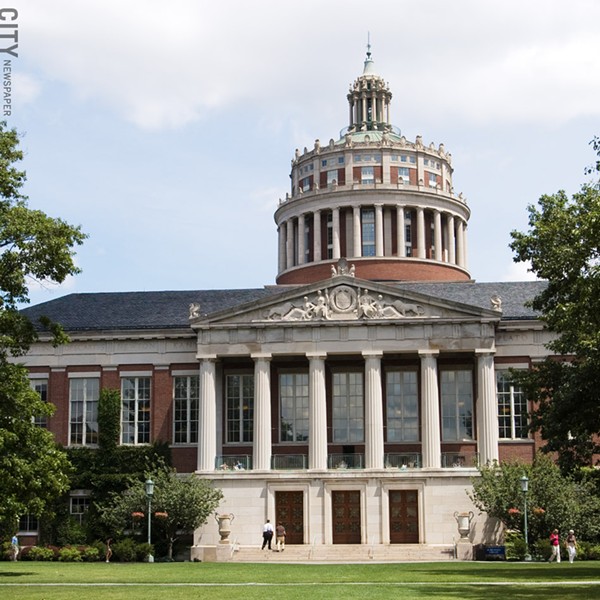 There's so much we don't know about the latest controversy at the University of Rochester. And if we ever learn the truth, it's not likely to be soon. But like many other high-profile cases involving sex on college campuses, this one has created an uproar.

What we know right now is that several current and former faculty members in the university's brain and cognitive science department allege that: 1) Florian Jaeger, a BCS professor, sexually harassed students over several years, and 2) when his actions were brought to the attention of university officials, they failed to act appropriately, siding with Jaeger and retaliating against the faculty members who brought up their concerns.

The faculty members have filed a complaint with the federal Equal Employment Opportunity Commission. And when UR President Joel Seligman said the university would investigate its policies but would not reopen its investigation into the complaints about Jaeger, he touched off a good-sized protest and a hunger strike by one student.

That's what we know. But we don't know whether Jaeger did what he's accused of. It's his word against that of the other UR faculty members and the students who are said to have been harassed. As a result, many people following the controversy are deciding on their own whose story is most plausible. Predictably, our individual decisions are influenced by our own prejudices.

I have no idea who's right in this controversy. I don't have the facts, and neither does anybody except the people involved. But it's been interesting to hear some men discuss it and express concern for Jaeger and what the controversy and publicity is doing to his career. The male commenters I know are kind, respectful, thoughtful men, and I've found myself arguing with them, and wondering why their first voiced concern was for the man, not the women students.

A lot of women – at the university and elsewhere – are reacting differently. Many of us know what harassment feels like.

We've learned that to many men, women are objects, things to be gazed at – and commented on – for their own sexual pleasure. It isn't rape, no. But it is a disturbing, intimidating, often humiliating violation, of our privacy, of our right to determine who we will be intimate with and who we will not. Men can stare at our bodies any time they like, for their sexual gratification, and there's not a thing we can do about it.

Some women, of course, are not offended by any of that. In fact, I've known a few women who welcome it. But many of us feel invaded, violated. There is the sense that men have power over us, even without touching us. And when the man staring at us, and making suggestive remarks, is someone in authority – a supervisor, a teacher – the power is real.

And it's a strange thing indeed to hear men say we're being too sensitive if we complain, as though men should not only be able to stare at us but they also should be able to tell us how we should react to their gaze.

Maybe we'll learn that the university's handling of this case was correct, after all. But the reaction – especially among UR students, both men and women – shows the depth of concern about sexual harassment, and the recognition that harassment is not a trivial issue. It can cause real harm. And the women who complain about it – or submit in silence – are not overly sensitive little flowers.