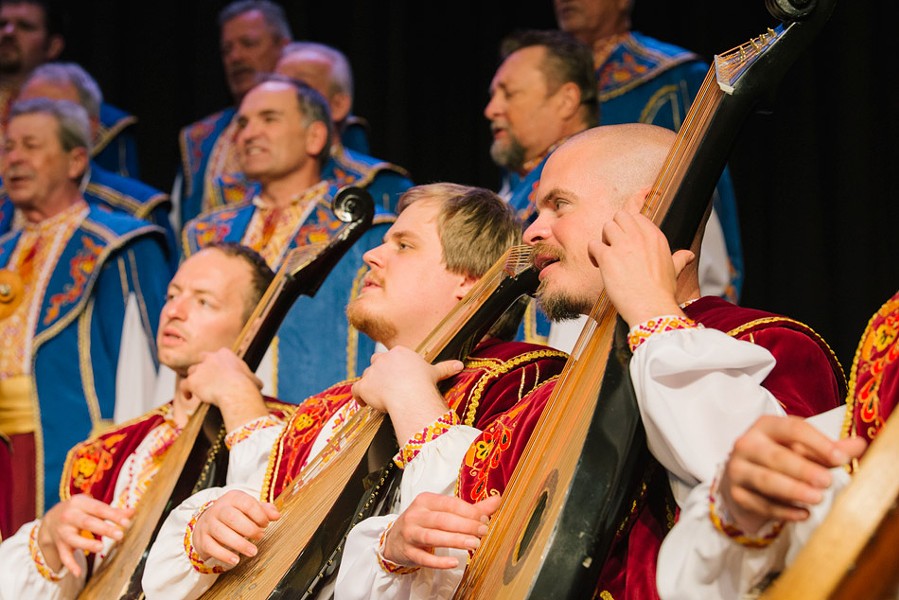 The Ukrainian Bandurist Chorus is as much about preservation of heritage as it is about entertainment. The North American ensemble uses the bandura, an acoustic instrument with up to 60 strings, to anchor a rich melding of male choral voices in the Ukrainian folk tradition. Its arrangements can mesmerize you with sudden shifts from serene to thunderous, then back again, with each song balanced out only by resilience. The group traces its origins back to 1918 when the Kobzar Choir formed in Kyiv, Ukraine. Unfolding events caused many of its members to immigrate to America as chronicled in the documentary, “Music of Survival.” The Ukrainian Bandurist Chorus has performed all over the world including a celebrated concert in Kyiv last year with the National Bandurist Capella.