Another installment in the Classical for a Dummy series 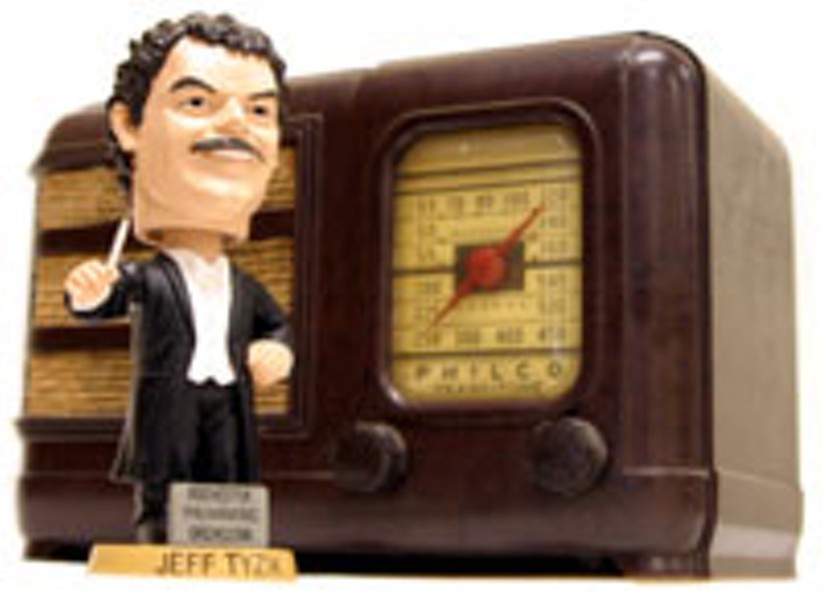 Although no one (as far as I know) in the audience at the Eastman Theatre has ever shouted "Freebird," The Rochester Philharmonic Orchestra is, in essence, this town's biggest cover band.

Principal Pops Conductor Jeff Tyzik is an outstanding composer, musician, and Grammy Award-winning producer. But the majority of the music he conducts was written by somebody else, often a long, long time ago.

Orchestra fans, like fans of any other musical vehicle for that matter, want to hear what they know. And the RPO has a lot of seats to fill.

"I think what puts people in the seats is a trust factor," Tyzik says. "To trust that whenever they walk into that room they're going to get something interesting and different and something of high quality."

But what about something new?

"If you say the feature piece of Friday night's concert is a new piece by Jeff Tyzik," he says, "some people are going to say, 'Well, I bet that's going to be interesting,' but I don't know if that's going to get anyone to buy a ticket."

Tyzik is a passionate composer. You can hear it in his music and see it in his face when describing a piece like his "Las Ramblas."

"It's a piece I wrote last year about this area in Spain," he says. "It's a thoroughfare in Barcelona where during the day there's street jugglers, circus performers, and hip boutiques. And at night it just totally changes complexion and it becomes this hip thing with all the clubs and all that kind of stuff. So I wrote a piece reflective of that. And it goes from very beautiful orchestra to funky Latin to Gil Evans."

Tyzik typically writes "two or three things a year." And it's his call who hears it and how often.

The majority of play still goes to other composers. But Tyzik gets a thrill tinkering with their music, goosing it.

"There's another art I practice and it's called orchestration," he says. "In a way you might consider it coming under the cover umbrella. But it's where you take a classic piece of music whether it's rock 'n' roll or jazz or whatever --- that was never meant to be performed by an orchestra --- and you construct it in such a way so that it has a totally new life. An orchestra can give it the original spirit and sensitivity but bring a whole new context to that piece of music. That's not really covering in a way; it's creating a new animal. Probably 50 percent of what we do in the Pops is that."

And this helps scratch Tyzik's creative itch. A few years back, Tyzik hot-rodded jazzer Joe Zawinul's "Birdland" with the RPO.

"To come in and hear 75 people roar on that tune, and it comes to life in a whole different way, is mindblowing," he says. "It's unbelievable. And to see the cellos sitting there playing 'Birdland' and to see the look on their faces is wild."

But sometimes he'll opt for a direct transcription and arrangement, as he recently did with some Jelly Roll Morton music from the 1920s.

"It's just earthy, gutbucket music," Tyzik says. "And we play it that way. There's shock involved in that because they can't believe an orchestra is making that happen."

Whether the music is original, tweaked, or transcribed, working with an orchestral "color palate" offers Tyzik the satisfaction of endless possibilities.

"If I don't like it," he says, "I can change it, I can manipulate it, or do whatever I need to make it satisfy me."

Despite audience tendencies to follow the already heard, Tyzik gives them something new. Even if it's old and familiar, it gets the Tyzik twist.

"So it's fresh for everybody," he says, "fresh for the people playing it and the people listening. When it's a new composition, after the concert a lot of people come up and they got stuff that I had intuitively put into the piece that I didn't plan on --- I just wrote my feeling. I look at it later and go, 'You know, they're right." When it's an orchestration of somebody's favorite piece like Gershwin's Piano Preludes [Tyzik arranged them for solo clarinet and chamber orchestra] they're like, 'Wow, I didn't imagine it could work like that.'"

So adding his fingerprint is Tyzik's challenge as composer, arranger, and conductor. It's his pleasure and his thrill.

"There's a real high attached to each one of those processes," he says. "Of course when you totally originate something, that's the highest."