The state of Rochester's economy during COVID-19 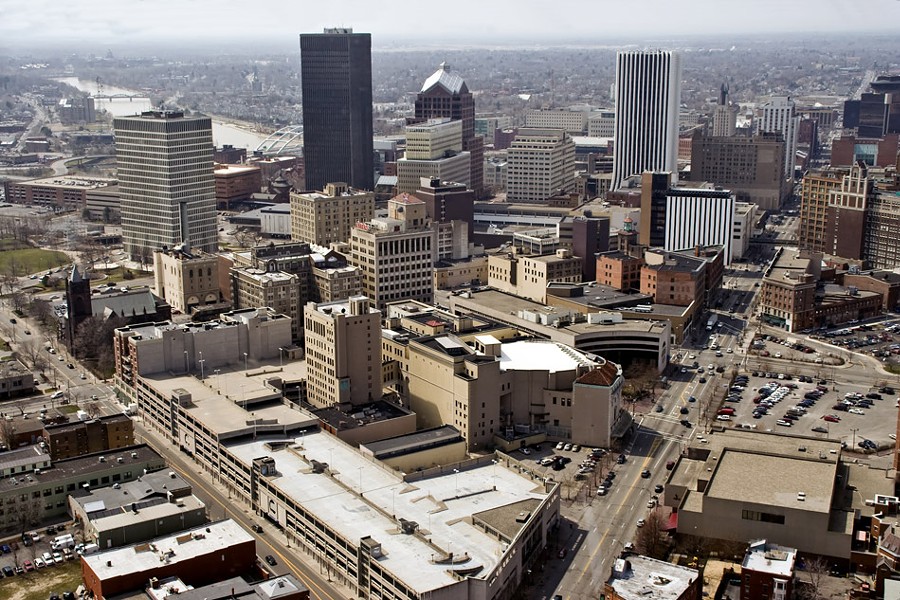 FILE PHOTO Downtown Rochester, NY.
The Rochester Downtown Development Corporation has regularly been holding annual meetings on the state of the local economy, but this year’s presentation was a lot different, for obvious reasons.

It was held virtually this week and it mainly centered on the impact that COVID-19 has had on the local economy.

But he said that one advantage the Rochester area may have in trying to attract companies to move here, even during the pandemic, is that the population density is not as high as it is in other metro areas.

"Among those 53 largest metropolitan areas, (we) have one of the least dense population clusters of any of those areas," Keith explained. "In a world that may be looking at that as an advantage in a post COVID-19 economy, we have a case to make."

Other speakers at the session stressed the need to make sure that job opportunities are filtering through to people who are already facing economic disparities, particularly in the African American and Latino populations.

Simeon Banister, a Vice President at the Rochester Area Community Foundation, noted that even before the pandemic, there already were inequities locally in terms of income and health disparities that disproportionately affect people of color

Banister also warned of the major challenges that could be facing local residents if there is not some kind of financial relief around housing in order to prevent the possibility of evictions.

Matt Hurlbutt, President & CEO of Greater Rochester Enterprise, said that programs, like those at Monroe Community College, must be used to help train people who want to apply for jobs in high-tech and other industries so that they can take advantage of opportunities when they arise from local companies who are expanding.

"We need to make sure that we look to get people who have not participated in the recent growth into those programs so that they can have success now," Hurlbutt said. "In fact, there is hiring going on, especially in technician level jobs at companies like L3 Harris, American Packaging, LiDestri Foods, HP Hood, IEC Electronics, so getting people into that pipeline is very, very important. Aligning those systems is important."

Hurlbutt also noted that there are a number of companies still interested in moving to the Rochester area, partly due to its strong workforce and the number of colleges and universities.


Randy Gorbman is the news director at WXXI News, a media partner of CITY.