The Ginna nuclear power plant is in serious financial trouble. Is it worth saving?

The owner of the R.E. Ginna nuclear power plant says that the facility may close unless it gets a new contract for the sale of its electricity. And even that may only be enough to keep the aging nuclear plant going for a few more years, the owner says.

Ginna's cloudy future is a matter of economics. Its majority owner, Constellation Nuclear Energy Group, says in a recent filing with the State Public Service Commission that the price it's getting for its electricity won't be enough to cover the plant's operating and investment costs.

Prior to June, Rochester Gas and Electric was contractually obligated to purchase 90 percent of Ginna's output. But the 10-year agreement expired that month, and Ginna has since started selling its electricity into New York's competitive marketplace. Even under the RG&E contract — at times, the utility paid above market prices for power, at others it paid below market prices — the plant was running in the red. The commission's filing says that Ginna's losses have significantly exceeded $100 million over the last three years. 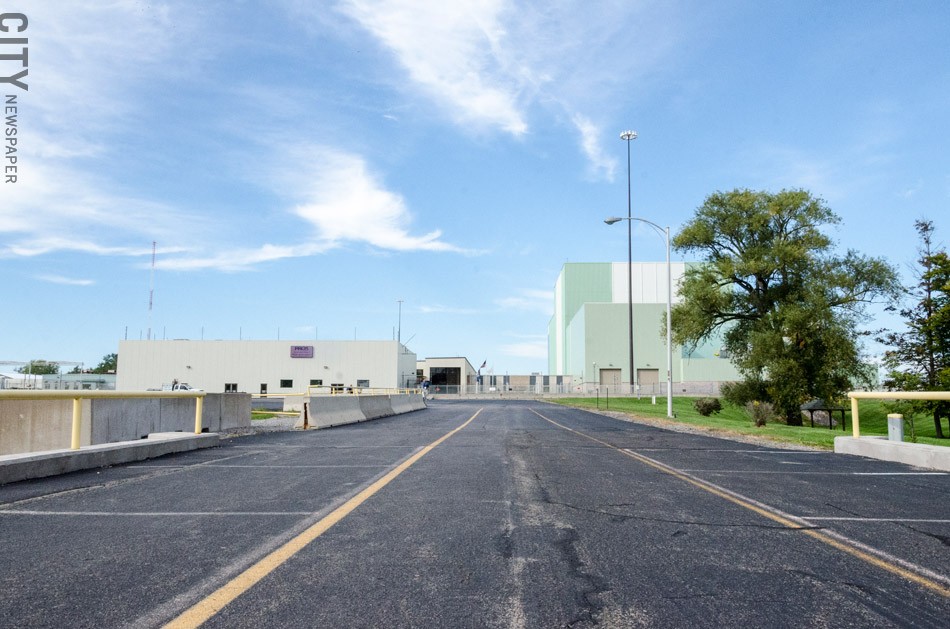 That's why Constellation, a subsidiary of nuclear energy giant Exelon, is asking state utilities regulators to clear the way for a new, albeit temporary contract with RG&E; the utility would buy power from Ginna on an as-needed basis at negotiated prices. The so-called reliability support services agreement would forestall Ginna's retirement, Constellation's filing says.

Without the contract, Constellation management will recommend the plant's retirement to the company's board of directors, the filing says. The filing doesn't say how much of an impact the contract would have on the plant's bottom line, and the company declined to discuss details of its request.

"The filing is a proactive step to ensure grid reliability and continue the station's positive economic impact on the local community and the Central New York region," Maria Hudson, a spokesperson for Ginna, says in an e-mailed statement.

Hudson says that the plant will continue operating as the Public Service Commission reviews its request, and that Constellation will keep working to "identify market-based solutions that enable us to keep operating Ginna."

So what does any of this mean to Rochester-area electric customers? Unfortunately, there's no clear answer. Using a temporary contract to prop up the plant could cost RG&E customers if its terms include above-market prices. But letting the plant go offline could also bump up utility bills, since filling supply gaps would likely carry some costs.

"If the commission directs us to, RG&E will negotiate an RSSA with the best interests of our customers in the forefront, while recognizing the importance of reaching reasonable terms for all parties," Mark Lynch, RG&E president and CEO, says in a statement.

But Constellation's request does have critics, including owners of other New York power plants. They're concerned that the company is essentially trying to get special treatment by skirting the commission's process for plant retirements. That process has firm, detailed rules that are meant to protect other power providers, utility companies, electricity customers, and the state's competitive market, they say.

"There [are] a whole lot of lawyers representing the competition who want to see those boundaries maintained," says Mike Jacobs, a senior energy analyst with the Union of Concerned Scientists, a national environmental organization that says it's not for or against nuclear power.

The commission doesn't have a deadline to complete its review of Ginna's request, according to a commission spokesperson. In its petition, Constellation says that it wants to have the temporary contract with RG&E filed by December 1, and for it to go into effect no later than January 11, 2015.

Nuclear power plant owners have been shutting down financially underperforming reactors across the country. And analysts at major financial research firms, including Moody's and Standard and Poor's, have warned that more economically stressed plants are likely to close before their federal licenses expire.

In their reports, the analysts have repeatedly said that Ginna is a likely candidate for closure, since it's a smaller plant selling into a competitive market dominated by cheaper electricity sources.

Fracking plays a big role in this trend. Over the past few years, large supplies of natural gas have been extracted from shale formations in Pennsylvania, Texas, Wyoming, and other states. As a result, the price of natural gas has plummeted, which has enabled power plants that run on the fuel to produce lots of electricity much more cheaply than they previously could.

The way that New York's deregulated electricity market works, all generators are essentially paid the same base rate for their power. That rate is set through an intricate process, but it's basically an average of what the different plants charge for the power they are able to produce. And when a group of plants can produce a lot of energy cheaply, which is what natural gas plants have been able to do, it drives down the price paid to all power plants.

This is exactly how New York's power market is supposed to function. It was designed to drive down what consumers pay for electricity by giving an incentive to efficient plants and encouraging the retirement of less-efficient plants.

The nuclear industry once backed this approach, known generally as utility deregulation. But now, nuclear industry representatives say that the competitive electricity markets are flawed. A policy brief from the Nuclear Energy Institute, an industry group, says that the market operators set power prices for nuclear electricity too low.

The brief also says that market operators undervalue nuclear's contributions to states' electric systems, particularly the protection that nuclear offers against volatility in natural gas prices and supplies. To illustrate that need, nuclear energy supporters point to the natural gas shortages that occurred during a period of harsh cold last winter. In Upstate New York and much of the Northeast, tight gas supplies drove up the cost of generating power, and many customers saw a spike in their utility bills.

The contract that Ginna wants would temporarily prop up the plant, though it may not make it profitable.

And Constellation says that there is still need for Ginna's power. Its petition to the Public Service Commission is built around a reliability study from the New York Independent Systems Operator, the organization that manages the state's power grid. The study, conducted at Constellation's request, says that without Ginna or some other power source equal to that plant's output, the Rochester-area electric system could experience reliability problems through 2018 — meaning that there's an outside chance that there won't be enough power to go around when demand is at its peak.

Tentatively, RG&E officials expect to have a significant transmission upgrade, the Rochester Area Reliability Project, completed in 2018. Constellation's filing says that the need for Ginna's power is tied to that transmission project.

But RG&E officials say that the project is not intended to replace Ginna. If Ginna retires, further transmission systems upgrades would probably be necessary, they say.

Constellation's request has supporters, including a handful of elected officials who have submitted comments backing the temporary contract. House Representatives Dan Maffei and Tom Reed made a joint submission supporting the agreement; State Senator George Maziarz, who chairs his chamber's energy committee, submitted supportive comments; and Monroe County Executive Maggie Brooks has given it her backing.

Ginna's owners and supporters also tout economic benefits from continued operation of the plant. Ginna regularly employs 700 people and is the largest taxpayer in Wayne County — in 2012, it paid $10 million in local and state taxes. Owners also say that the plant offers environmental benefits to the state. It'd be harder and more expensive for the state to meet its greenhouse gas emissions reduction goals without Ginna, the company's commission filing says.

Brooks says that Ginna is a critical part of the local power infrastructure and that she doesn't know how its power would be replaced. 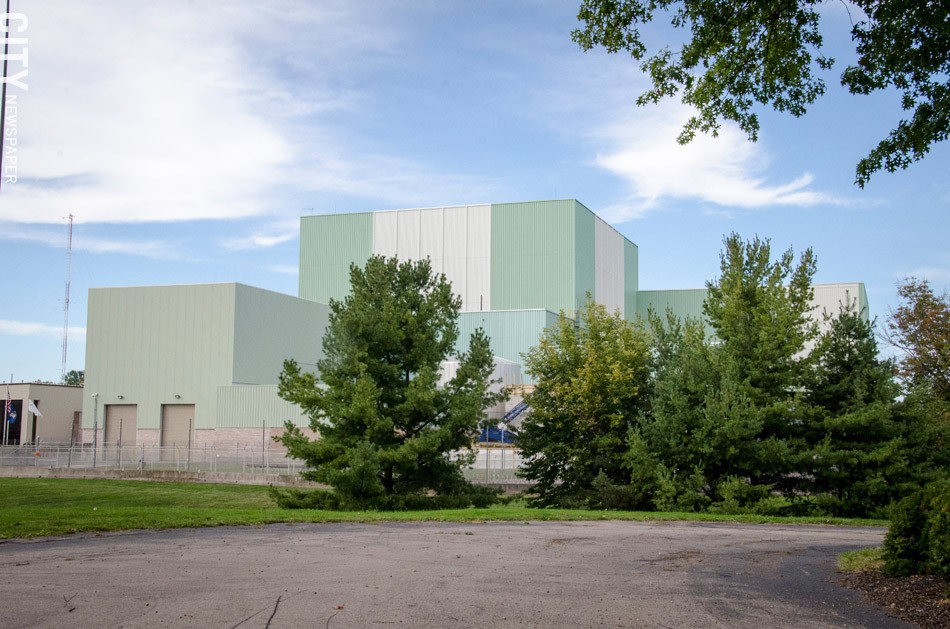 "Nuclear power is still one of the most cost-effective ways of providing power to a lot of people," Brooks says.

But opponents of Constellation's request say that the company is asking the state's utilities regulator to do something unprecedented.

The Public Service Commission has an established and detailed process for retiring power plants. And that process doesn't start until a plant owner makes a formal filing stating that the decision has been made to close.

From there, the commission orders studies to examine whether the plant's power supply is needed for reliability purposes and for how long. Through that process, plant owners can get contracts to keep the facilities running temporarily.

But the closing proceedings also open up a process where other power providers, large and small, can offer proposals to meet identified electricity supply needs.

In a filing, New York City officials asked the commission to reject Constellation's petition because of the precedent it could set. In that city's market, any retiring generator would probably cause a reliability issue, they say. And they worry that plant owners could try to hold utilities and their customers captive by threatening to retire unless they get a reliability support services contract.

The Alliance for a Green Economy, a coalition of environmental social justice groups including the state Sierra Club chapter, also wants the commission to reject Constellation's petitions. In general, the organization wants New York to phase out nuclear power plants. (Many environmentalists oppose nuclear power; they see it as potentially unsafe and take issue with some of the ecological impacts, particularly the plants' use of large quantities of water.)

"There needs to be a really good process to figure out is this plant really needed for reliability, which we're skeptical of," says Jessica Azulay, program director for AGREE. "If they are, how long are they actually needed, and what can we do to phase them out as quickly as possible in a way that is the most environmentally friendly and the best for ratepayers?"

Jacobs, of the Union of Concerned Scientists, says that the situation facing Ginna is more political than regulatory. It hinges on a question of whether the public and government officials want nuclear plants to keep running, he says. And if that's the case, he says, are they willing to offer heftier subsidies to the plants?

Jacobs says that the state Public Service Commission doesn't have an established mechanism or process to grant Constellation's request. But he says that there are other avenues that the company — and other New York nuclear plant owners — could take if it wants to improve Ginna's financial performance. For example, it could petition the Public Service Commission to set a higher carbon price, which would increase generating costs for fossil fuel generators in the state.

Azulay and Jacobs say that Ginna's situation highlights a bigger issue around electric system planning. Pretty much all nuclear plants were built at a time when natural gas and electricity prices were higher. The utility industry isn't sure how to handle the new reality, where other large generators can out-price them.

But the utility industry has also been warned that these closures might come, they say. Utility companies, grid operators, regulators, and policymakers should be planning ahead, they say.

"Rochester Gas and Electric Corporation should have been preparing for the closure of Ginna, but apparently has not," their filing says.