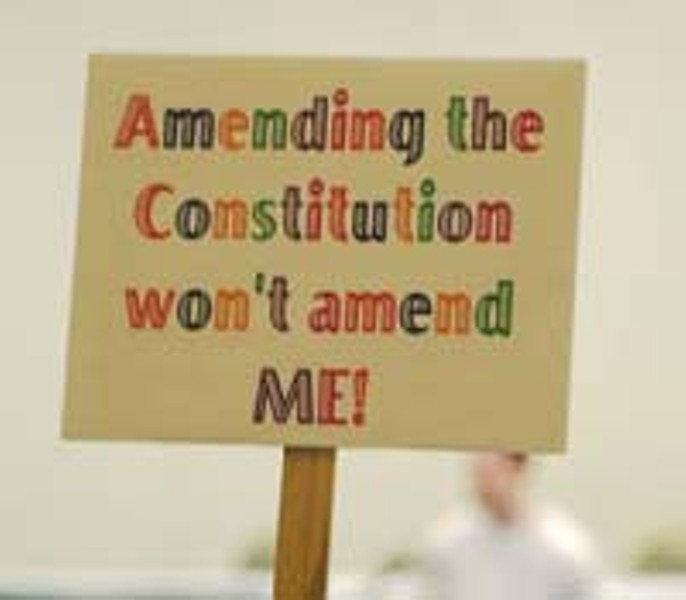 Amid a swirl of popular images --- The L Word on many lips, queer eyes locking onto straight guys, Rosie not finding but proclaiming her heart in San Francisco --- gay and lesbian issues are all over the map.

But the top gay issues are not glitz and style or pomp and circumstance, but bread and butter: families, marriage and divorce, adoptions, employment benefits. Not to mention legal matters like last wills and the good graces of a state court here and there.

Three years ago, Gates collaborated with Richard Florida --- a Carnegie Mellon professor whose book, The Rise of the Creative Class, is hot in urban-development circles --- on Technology and Tolerance: The Importance of Diversity to High-Technology Growth. The report tracks the ways that gay people, immigrants, and "Bohemians" fuel a "knowledge-based economy" and make urban areas work.

Speaking from his Washington office, Gates zeroes in on gay contributions. But first he explains this isn't just about sexuality. "Tolerance for lesbians and gays is a signal of a broader tolerance," he says. And a broadly tolerant community, he says, is the one that becomes a magnet for "human capital."

This magnetism, says Gates, is especially significant for an export-oriented --- yet job-stressed --- local economy like Rochester's.

In their report, Florida and Gates sum up: "The leading indicator of a metropolitan area's high-technology success is a large gay population... Gays not only predict the concentration of high-tech industry, they are also a predictor of its growth." In other words, in the accelerating "war for talent," cities that attract more gay people are the ones that will whip the competition.

The report notes that other top-rankers --- Boston, Seattle, Austin, Atlanta, San Diego, and others --- are also leading "high-technology areas." A caveat: The report says some suburbanized areas that don't show much racial or other diversity are big on high-tech. But these are exceptions.

Now gay marriage, issue and reality, has cannonballed into this pool of economic and social facts. And two jurisdictions that now recognize gay marriage in some fashion --- San Francisco and Massachusetts --- may be improving their already solid ranking on the "gay index."

Following the Florida-Gates line of reasoning, localities that hope to match these bi-coastal success stories would be wise to recognize gay marriage themselves. But it's possible that in these places, corporations and not governments will be the leading edge. Gates explains why: If a company has gay staffers who are legally married in one country (or state) and then are required to move to a jurisdiction that doesn't recognize same-sex marriage, the company has a problem.

"America is increasingly separating along political lines," says Gates. Indeed, a gap is opening not just between states and regions of the US but also between the US and its peer nations. For example, the gap has widened between New York State and the Canadian province of Ontario since the latter legalized same-sex marriage, and because New York has not spoken clearly on how it will deal with Canadian gay marriages.

Overall, the US seems headed toward a social "divorce," and not just over gay issues. If the red states and blue states do split definitively --- and George W. Bush's fate this November will be critical --- a gay migration might follow. (Been there, done that: Similar migrations long ago created "gay-tows" in major US cities.) And if this occurs, gay-friendly businesses will hit the road, too, leaving less diverse and intellectually stimulating urban areas for culturally warmer climes.

Ultimately, unless they're willing to accept permanent second-class economic status, cities like Rochester and states like New York will have to recognize full gay civil rights, including marriage rights. Moreover, they'll have to go beyond legal recognition. As Gates says, the key is "not just tolerating but embracing" gay culture and same-sex marriages.

One thing's certain: Many Rochesterians are embracing the fight to get same-sex marriage on the official agenda.

The Gay Alliance of the Genesee Valley, the Empire State Pride Agenda, and allies are making a special push for state-sanctioned marriage rights. And voices are speaking from City Hall, too. Openly gay Rochester City Councilmembers Tim Mains and Bill Pritchard are on the case; Mains was the first openly-gay elected official in New York State.

It goes without saying that Mains's and Pritchard's support for same-sex marriage is personal: At recent political rallies, each has expressed a wish to marry his partner. And both are thinking along the same lines as Gary Gates. For example, Mains touts "the benefits that fall to the entire community by [its] being known as one that embraces its gay families." He says communities in which gays and lesbians live and prosper are "places where folks want to be."

But Mains says it's not about gays and lesbians alone. He mentions a non-gay niece of his who recently was sorting out where to live; she looked for places, and companies, that recognize domestic partnerships. Such benefits "are valuable not just for gay creative types but for non-gay creative types," says Mains. (The niece, by the way, wound up in Boston.)

So what's happening in City Hall? Not much, according to Mains. City Councilmembers "don't discuss a whole hell of a lot," he says. "There's a paucity of in-depth discussion. Sometimes I'm embarrassed..." He adds that Rochesterians put tremendous energy into Renaissance 2010, the city's most central planning document and statement of principles. But otherwise, he says, the city is "taking the easy road instead of the best road."

How about the marriage issue specifically? "A whole lot of my colleagues [say] 'I don't want to be seen on either side of this,'" says Mains. But, he says, the train has already left the station, and local politicians should pay heed. "They're either going to jump on, or they're going to miss it, or they're going to get hit by it."

Rochester Mayor Bill Johnson isn't getting too near the tracks. He refers to recent news from a Hudson Valley village whose mayor, a Green, has been performing same-sex marriages. "I'm not the mayor of New Paltz," says Johnson, "and I have no intention of breaking new ground in that area... I'm taking the position that I'm going to be bound by the law."

People seeking to change the status quo, says Johnson, "should go to court and challenge it." He says he favors civil unions, not gay marriage, quickly adding he was the first mayor in New York State to sign a domestic partnerships measure. Nonetheless, he says, "there are far more pressing issues" facing the city.

Indeed, the mayor's 2004 State of the City speech highlights a projected $38 million deficit. But it's not impertinent to ask: If Rochester slips lower on the Florida-Gates "gay index," will the city incur another costly deficit?