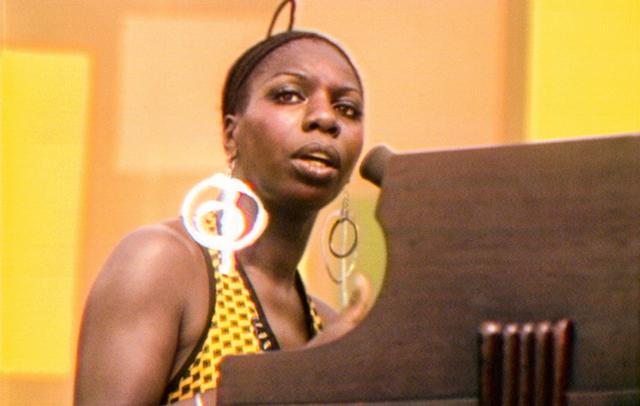 A music festival dominates our perception of what American culture was a half-century ago. It is Woodstock, of course. Properly filmed and recorded, it’s a touchstone that social historians, documentary makers, and dads who once dropped acid — but not the brown acid!! — return to repeatedly.

And now, after that more than 50 years, we have found another one. Also properly filmed and recorded, the Harlem Cultural Festival was lost in a basement because no one wanted to put up the money to finish it off as a proper film.

I saw “Summer of Soul (…Or, When the Revolution Could Not Be Televised)” last week on the streaming service Hulu. It is amazing, the best thing I’ve sat down for this year. But it deserves a big screen. Rochester’s The Little Theatre will show it through this weekend.


Scott Wallace and Doug Curry, whose shows explore Black music Friday nights on WRUR-FM (88.5), were at The Little Theatre last week for one of the screenings of “Summer of Soul,” talking with the audience after the show. They’re the experts. As is Tara Nelson, the curator of Moving Image Collections at Rochester’s Visual Studies Workshop. Wallace says that during a conversation with Nelson, he discovered that she knew some of the people who brought the film to light after all these years.

“She said that when they opened the boxes,” Wallace says, “there was mold, right on the actual film, on the reels and everything. So they had to clean it all off.”

Which leads us to "Summer of Soul" director Ahmir Thompson, who the entertainment world knows as Questlove, the founder of the endlessly curious hip-hop band The Roots. He’s also a DJ and record producer, and leads The Roots as the house band for "The Tonight Show Starring Jimmy Fallon." And when those recordings of The Harlem Cultural Festival emerged from that basement, he was now a film producer.

Questlove is a loquacious spokesman on behalf of “lost” music. When I interviewed him a few years ago, he talked expansively about his own record collection and his role as a curator of sound that he did not want to see go lost, because no one realized this stuff had once existed.

Since then, his mission has not changed. In the current issue of The New Yorker, Questlove says that with an acceleration of acquisitions over the last six years, he now has about 200,000 vinyl records filed and piled away at a farm he owns in upstate New York. He concedes he will never be able to listen to them all. “It’s performative now,” he tells The New Yorker. “If I can get to 5 percent in my lifetime…”

“Summer of Soul” clearly signals that 5 percent of his collection — funk, R&B, soul, rock, pop, country, and perhaps every album released by The Chipmunks — is beyond the range of most humans. So he is a proper guide for “Summer of Soul.”

Music is among the best vehicles for preserving a moment in time. Over the Fourth of July weekend, I was hearing a lot of music that was being defined as “patriotic.” Much of it tells the story of what was being said at the time. Country music born of 9/11 urged America to turn Iraq and Afghanistan into matching ash pits. But I was also listening to Steve Earle’s “Hardcore Troubadour” show on SiriusXM radio, and he sees patriotism through a different lens. Patriotism isn’t "my country, right or wrong." Patriotism is protest.

The very existence of “Summer of Soul” could be seen as protest. Or defiance. Perhaps, properly funded, we would have known of this “Black Woodstock” decades ago. Or maybe not. This country seems to have a place for Black history, a back shelf where the Harlem Cultural Festival sits next to another anniversary noted just a couple of months ago — 100 years since the Tulsa Race Massacre.

And the darker aspect of “Summer of Soul,” Wallace says, was to offer a distraction to New York City’s Black citizens.

And “unspoken hope” that music would cool the civil rights fires.

“Yeah, I don’t think there’s any doubt about that,” Wallace says. “So nobody will probably admit it, but yeah, that’s what they wanted.”

The Marvin Gaye album “What’s Goin’ On” is Top 10 of all time for not only the music, but also the story it tells. It’s a concept album, built around a Vietnam vet who returns to his neighborhood, questioning not only the war, but also drugs, poverty, and the inequities of society. Concern for the people in your neighborhood, that’s patriotism.

There is a similar simmering to “Summer of Soul.” The camera wanders from the stage, pausing to hear what people in the crowd are saying about another big event that summer. The United States had just landed men on the moon. And the opinions were pretty unanimous: That money would have been better spent on building neighborhoods.

“Watching this movie has triggered a lot of memories for me, and where my head was at,” Wallace says.

In 1969, he was 11 years old, a Navy brat whose family had just settled in Henrietta. His father was Black, his mother Japanese. His great-grandmother was Cherokee. “So I was always on the in-between,” Wallace says.

“But I remember at that time, Black folks were going from being called ‘colored’ to “Black.’ Which was a big thing.”

Gil Scott-Heron is not in “Summer of Soul.” But perhaps you remember his spoken-word piece “The Revolution Will Not Be Televised,” which seems to have crept into the subtitle of the film. Another one of his pieces, released a year after the Harlem Cultural Festival, is “Whitey on the Moon,” and reflects the views of those who questioned our priorities:

With all that money I made last year

For Whitey on the moon

How come I ain’t got no money here?

Hmm, Whitey’s on the moon


So that was one reality at the time, 1969, at the Harlem Cultural Festival. It doesn’t require much in retrospect to agree we could have done without the Vietnam War. But when it comes to expanding our view of the universe, what was said 50 years ago may not stand today. Perspectives change. Whitey hasn’t been on the moon in nearly four decades.

A lot was happening in the country in 1969. And as history records it, it wasn’t a lot of good stuff.

“At that time, the assassinations had happened, there were a lot of wounds, there was impatience. And so it became this attitude of, ‘We want what we want, we want change, and we want it now.’”

It wasn’t planned. But music and social issues were working hand in hand.

“In 1970, it seemed like, ‘Let’s just start going for it,’” Wallace says. “And you started to see some more aggressive things happening. Like Curtis Mayfield’s record. You started to see, like, different instruments, like what Funkadelic was doing with guitars. It was loud, it was brash, they weren’t really commercially viable at the time. But they were still there in the underground, and that was part of the scene.

“The hairstyles were changing, People started wearing dashikis. And because some of this stuff was really selling well, I think the record companies were less afraid of going there.”

The civil rights movement, and “Summer of Soul,” show us it was worth going there. “Summer of Soul” was actually six weekends of music, although Questlove weaves them almost seamlessly into what feels like one impossible afternoon of 600,000 people. They came to see Stevie Wonder, Sly and the Family Stone, B.B. King, and Nina Simone. Pop Staples and the Staples Singers. Drummer Max Roach arrives for jazz authenticity. Bell bottom pants, pastel colors, swirling fringe, and a backdrop that looks like it was inspired by the TV show “Laugh-In.” Gladys Knight & the Pips, with those whirling dance routines. There’s the 5th Dimension and their new hit, “Aquarius/Let the Sun Shine In,” co-written by a guy who grew up in Rochester, James Rado.

This was upbeat music. For down times.

Sorta like the past year or so. The joy of “Summer of Soul” comes along at just the right time. Relief.