"Arthur Singer: The Wildlife Art of an American Master"

In a celebration of the stunning diversity of life and the art that captures it, RIT's University Gallery, through October 28, is hosting "Arthur Singer: The Wildlife Art of an American Master." The extensive exhibition displays dozens of Singer's original illustrations and paintings, but the exhibit also serves as a celebration of an individual life.

"Arthur Singer" puts a spotlight not only on Singer's paintings of birds and big cats, but on his illustrations of jazz greats created when he was just a teen, on the watercolor portraits and landscapes he created to document his experiences as a soldier in World War II, and on his involvement with the Ghost Army, a secret tactical unit filled with artists who staged ingenious battlefield deceptions.

Curated by his sons, Paul and Alan (who teaches at RIT), the exhibit is named for a book they wrote and published through RIT Press in June. It serves as a testament to time and talent, documenting Singer's life and his work, which has been reproduced in books, magazines, prints, and commemorative stamps.

One of the first display cases in the gallery holds Singer's ink drawings and caricatures of jazz greats, including Cab Calloway and Duke Ellington, who Singer met when Ellington was attending Pratt on an arts scholarship. "They hit it off, and became lifelong friends," Alan says. He estimates that his father was about 14 years old when these drawings were done, and says that the work was reproduced in national magazines at the time. "He was a prodigy," Alan says.

Some of the earliest works in the show are watercolor sketches Singer made as a pre-teen and teenager during visits to the Bronx Zoo — a fun detail is that Singer coincidentally grew up on Audubon Avenue in New York City. "My father didn't make that connection until he was in college," Alan says.

From an early age, Singer exhibited a masterful handle on the medium of watercolor, revealed here in paintings that range from highly detailed renderings of reclining cats to a looser but bogglingly flawless sketch of an ostrich, made by reining in unruly drops of watery ink with just a few precise lines.

Before he was drafted into the army, Singer was asked to show his work at the Bronx Zoo, Alan says. In one of the cases there's a hand-painted sign, from 1942, advertising the show.

While stationed in France, Singer used downtime to create self-portraits and portraits of his fellow soldiers, picking up on personalities as well as the wearying weight of war on young shoulders. Singer's knack for capturing individuality extends from his portraits of people to his images of animals — many of the specific birds and other animals he painted truly read as individuals, rather than a mere representation of a species.

There is also a range of paintings of the French countryside and of Paris, some of which depict bombed-out churches and bridges. A series of small and chilling sepia sketches of troop ships coming into the coast at Normandy serve as an important historic documentation of "what it looked like on those days — just look at all the activity, I mean it's amazing they didn't have more accidents," Alan says.

Singer has captured utter chaos within these tiny images: bunches of boats dodging other boats that were partially sunk, and clusters of dirigibles floating low overhead, transmitting information to help the ships safely navigate the maze.

Slideshow Arthur Singer: The Wildlife Art of an American Master 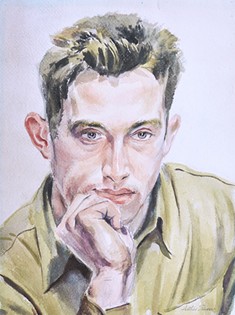 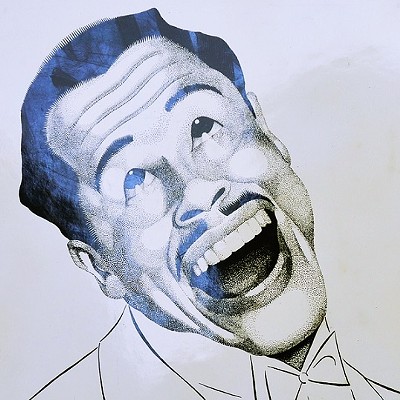 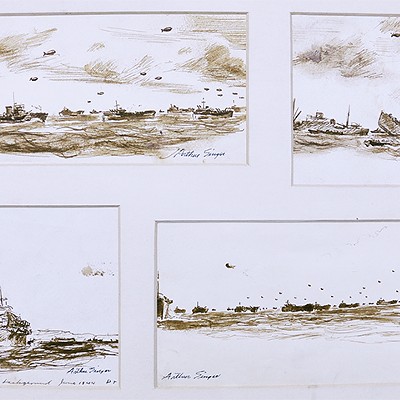 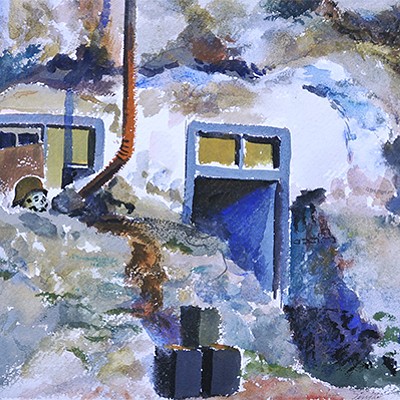 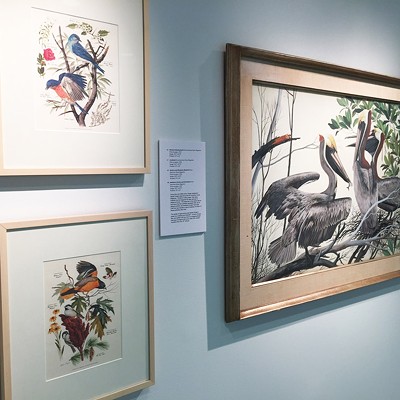 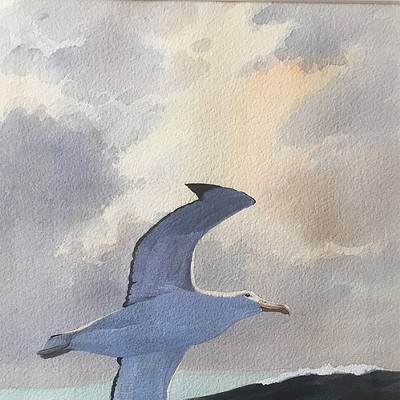 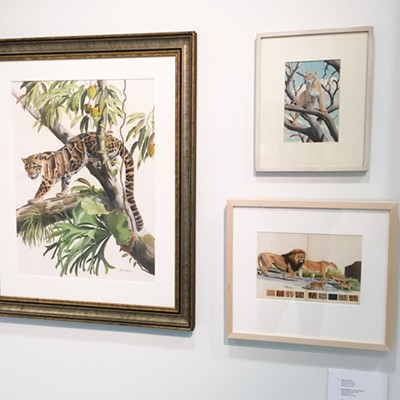 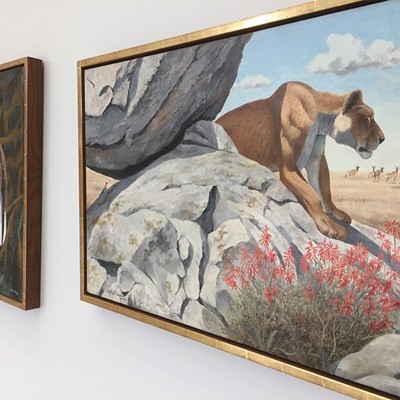 Arthur Singer: The Wildlife Art of an American Master
Click to View 8 slides

"His love for art and his ability to paint literally saved his life, because of the company that he kept in this Ghost Army," Alan says. They created deceptions — a literal theater of war that included fake, inflatable tanks; fake radio transmissions; and scripted diversionary maneuvers, all with the aim of tricking the enemy. "And it worked," Alan adds.

During and after the war, Singer maintained his interest in birds and animals. The exhibit includes dozens of magazines and books that reproduced his bird paintings, including his 1966 release, "The Golden Field Guide to Birds of North America," which redefined the concept of the bird guide.

The exhibit offers students and visitors alike a rare opportunity to view the minutiae of the masterful paintings up close — you could spend hours and hours poring over the details of carefully planned layers of color, the rows of tiny brushstrokes forming a single feather, and the artful sense of framing and depth. The show also spotlights Singer's later work in oil, and the art for the renowned 50 State Birds and Flowers stamps that he and Alan created together.

Three guest speaker events and a film screening are planned during the run of the Singer exhibit:

John Fitzpatrick, Director of the Laboratory of Ornithology at Cornell, will lecture on "The Importance of Ornithology," on Thursday, September 14, at 5:30 p.m.

And David J. Wagner, curator, art historian, and author, will speak about "The History of Wildlife Art in America" on Thursday, September 21, at 5:30 p.m.