The last of the red hot lovers 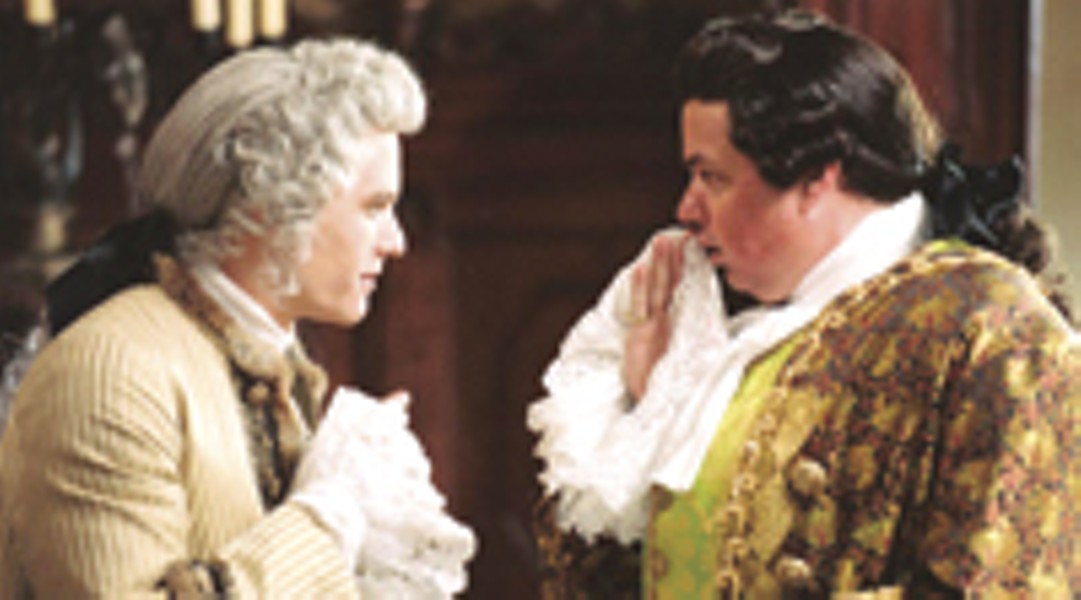 At least one new film should console those myriads of viewers who frequently complain about Hollywood that "they don't make movies like they used to." As Casanova demonstrates, apparently, in fact, they do. The picture actually owes so much to so many works that precede it that it resembles dozens of other movies from the past, which, no matter how comforting its familiarity, still doesn't quite guarantee a grand success.

Unlike Federico Fellini's famous stylized and decadent interpretation of the great lover, Lasse Hallström's version exploits the comic potential in the historical character, generally playing the story and the people for laughs, most of them broad and obvious. At times the director makes the protagonist's exploits into something very like a French sex farce, with a kind of musical chairs approach to various complicated sexual intrigues. The movie employs a whole array of comic devices, including disguises and impersonations, false names and mistaken identities, people popping in and out of closets, and desperate escapes from blundering pursuers like something from the Keystone Kops.

Like most costume pictures, Casanova depends as much on its visual surfaces as on anything as ordinary as action and character, plot and people. The director takes full advantage of the Venetian setting, with several enchanting establishing shots of the extraordinary cityscape, numerous scenes filmed on the canals and piazzas, and sequences in stunning palaces and churches. The settings properly integrate with the elaborate, showy attire of an age of baroque excess, so that the people glitter like gilded ornaments against the exotic background of a city that itself seems an entirely splendid work of art.

The script complicates an essentially silly and flimsy story with material drawn from hundreds of novels, plays, and movies. Giacomo Casanova (Heath Ledger), the legendary seducer of women, cuckolder of a hundred husbands, irresistible even to a whole convent of nuns, finds himself the object of Church's inquisitors, who want to punish him for exemplifying the rampant licentiousness and heresy of Venice. When he foils their scheme to banish him, a more competent and vicious representative of the Vatican, Bishop Pucci (Jeremy Irons) journeys to the city intent on capturing, torturing, and hanging the libertine.

Whatever its ostensible seriousness, the essentially nonsensical business provides the impetus for a muddle of other plots, most of them based on the tradition comic obligation to unite the proper people in marriage. Despite his history as a faithless serial seducer, Casanova falls in love with Francesca (Sienna Miller), who writes feminist tracts under a male pseudonym, poses as two or three other people, and manages to get himself and his beloved arrested and tried by Pucci. The trial even includes Francesca pleading Casanova's case disguised as a man, right out of --- you guessed it --- The Merchant of Venice.

Along the way, the director shows a couple of sword fights reminiscent of swashbucklers like The Three Musketeers and Scaramouche, several comic chases, and a gaggle of sight gags and pratfalls. Almost everybody in the cast overacts outrageously, mugging and gesturing in the most obvious manner, milking every line and situation for any possible laughs. The actors all deliver their ornate dialogue with the precise stage British accent that for unknown reasons constitutes the accepted vocal style of Hollywood costume flicks.

Just about everybody in the cast apparently resolved to chew as much of the Venetian scenery as possible, especially Jeremy Irons, who seems to be having perhaps too much of a good time as Bishop Pucci. Oliver Platt, who rarely disappoints, plays a very fat merchant, at first a foolish butt of jokes who eventually saves Casanova and all the good characters from the wrath of Pucci and the bad guys.

In a remarkable departure from his role in BrokebackMountain, Heath Ledger plays the title role with a proper measure of ironic self awareness, which certainly demonstrates a singular versatility. Here, clothed in the lace and frills that constitute dandyish dress in the 18th century, Ledger moves with a smooth grace, speaks elegant Brit, and, like the rest of the cast, appears to be enjoying himself immensely. Instead of the taciturn, constricted, tormented loner of his last film, he also plays to the audience, inviting the viewers to participate in the laughable notion that anyone would take him or the movie seriously.