'The Last at Bat' with Fred Costello, the Red Wings, and a little mob action

PHOTO PROVIDED BY ROCHESTER RED WINGS Fred Costello.
As far as Fred Costello can see, two good things have emerged from The Summer of 2020.

"My home studio has never looked so clean," he says. "My dog gets a lot of walks."

Otherwise, "Honestly, I'm bored. Have you ever seen that movie 'Groundhog Day'? That's what life has become. I get up the same time every morning. I'm watching the same TV shows during the day. It's like, oh my God, I'm not a man of schedule. I mean, I'm always running, between the studio and gigs, the ballpark, you know."

Costello, not a man of schedule. Although this would have been his 44th year at the ballpark. First Silver Stadium, and now Frontier Field, with Costello playing the organ. This also would have been his wife Cathy's 42nd season with the Rochester Red Wings as well, handling administrative duties. But the coronavirus has silenced the nation's ballparks. The odds of no Major League Baseball this summer are increasing each day. Minor league ball seems unlikely.

"All our friends are there, we got to know everybody," Costello says of Frontier Field. "It's not even a gig anymore, it's more family. We know everybody, we party together, we go out together, and so it's a gigantic void this summer."

That void will be filled for a few hours on Father's Day, when WXXI-TV airs "Last at Bat" from 1 to 5:30 p.m. Sunday. A nostalgia-filled conversation and a rebroadcast of the final game at Silver Stadium on Aug. 30, 1996, with the Red Wings taking on the Ottawa Lynx. Your starting pitchers are Anthony Telford for Ottawa, Calvin Maduro for Rochester. With prizes to be raffled off, including watching a game from one of Frontier Field's Diamond Suites, just you and your friends. Register for the raffle at WXXI.org, with an opportunity as well to pledge a little support, if you wish, to WXXI.

Besides taking away Costello's Frontier Field gig (where he's been known to sneak in among the usual baseball staples a few riffs from something like Nirvana's "Smells Like Teen Spirit"), COVID-19 has also shut down Costello's jazz duo with Roger Eckers, and his classes at the House of Guitars. If you miss that sound, we did get Costello to record a couple of tunes for our musicians-in-quarantine series "HomeStage," which we posted last week on WXXINews.org.

We've seen The Summer of 2020 turn this country upside down, shaking it until some of the worst has fallen from our pockets, to be fully exposed: race divisions, political divisions, a deadly virus consuming the planet. Losing a baseball season, and those beautiful August nights beneath the lights of Frontier Field, are among the least of our problems.

Yet we can be excused for looking backward. Understanding, of course, that we are selective in our nostalgia. Costello's years of music include the day Cathy, who was then his girlfriend, left Rochester and showed up unannounced at his hotel-room door in Portland, Oregon, where he was playing a gig. "To make a long story short," he says, "in August, we'll be married 55 years."

"I've had, including now, a great musical life," he says. "Eleven years on the road, I think I did 42, 43 states in those 11 years. I worked some great clubs, I worked the Playboy Club in Hollywood, I did the Fremont in Vegas, I worked for Sinatra at his club in Lake Tahoe, the Cal Neva Lodge. I mean just a plethora of great venues."

And a plethora of memorable characters. Costello was living in West Hollywood, playing the West Coast clubs. Like Frank Sinatra's Cal Neva Lodge, on the California-Nevada border, four weeks alongside Trini Lopez.

"I was dying to meet Frank, right?" Costello says. "That was right at the time when Phyllis McGuire of the McGuire Sisters and Sam Giancana, the gambler, were living in one of the bungalows at the Cal Neva Lodge. Which is against the law, you can't have a felon living there, right? So the Nevada Gambling Commission is telling Sinatra, 'Get him out of there or you lose this place, plus your 9 percent of The Sands.' Well, Sinatra spent that month between his home in Palm Springs and the Capitol of Nevada, fighting this thing. Which he ended up losing. So all the time we were there, we knew Sam Giancana and Phyllis McGuire were in the cabin right near us. We never saw them, they never came out, but we knew they were there. It was kind of cool, you know?" 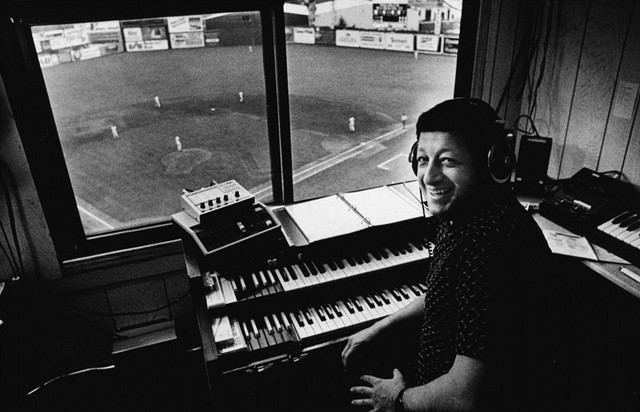 That Sinatra meeting never happened. Fred and Cathy would return to Rochester from time to time. They did it for the birth of the first of their three kids. He'd line up gigs at places like Val's Lounge, now the Otter Lounge on Monroe Avenue. Costello signed a six-week contract there and stayed for three years, sometimes bringing in jazz guests such as Slide Hampton, Chuck Mangione, Gerry Niewood and Lew Soloff of Blood, Sweat and Tears.

And the Bubble Lounge on State Street. "Two five-piece bands, it was our group, we were the show group, called The Profiles," Costello says. "And Chuck and Gap Mangione, their five-piece jazz group working opposite us, right? And I'm not exaggerating when I say, six nights a week, you couldn't get through that bar, six nights a week, 9 to 2. I mean, it was unbelievable. You'll never see it again."

He documents much of this in a self-published autobiography, "Fred Costello: A Lifetime of Nightlife and Ballparks." And even in Rochester, that nightlife included gangsters, some of whom had a history of getting blown up in their cars.

"Anywhere you played," Costello says, "a lot of the clubs were owned by the mob, you obviously get to know them, because they are the owners of the club. And when I came to Rochester, there was a big influx of mob activity. And especially when I worked at the Blue Gardenia, which was famous for the mob hangout, I mean every mobster in town. And judges and lawyers, everybody was there, what a mix there was. Unbelievable."

The mob wars claimed a lot of these guys. Salvatore "Sammy G" Gingello escaped injury when rival gang members set off a pipe bomb next to his car in the Blue Gardenia parking lot, off Empire Boulevard. They got him six weeks later, blowing up his car at Ben's Café Society in downtown Rochester.

But mingling with the mob did catch up to Costello, as he writes in his autobiography. When Val's Lounge decided it wanted to become a rock club, rather than a jazz lounge, Costello insisted he had a contract. That got a tire on his car slashed and a beating that resulted in a broken nose and anonymous threats to blow up his car.

There's only so much a Hammond B3 organist with a wife and three kids can take.

"One phone call changes everything," Costello says. "Wake up one morning, reading the paper, having breakfast, I saw Don Labruzzo was named general manager of the Red Wings. I said, 'Wow, I know Don from when I was a kid in Syracuse.' I wanted to be a ballplayer, I used to work out with the Chiefs, I got a job on the grounds crew with the Syracuse Chiefs when I was in high school. So I said, 'Don, what would you think about having music for a while, at the ball games, before I go back out West?' He said, 'Wow, great idea.' That was in '77. He gave me a one-year contract and the rest is history. I'm still here."

Jeff Spevak is the arts and life reporter at WXXI News, a media partner of CITY. He can be reached at jspevak@wxxi.org.