The Hi-Risers make their own kind of fun 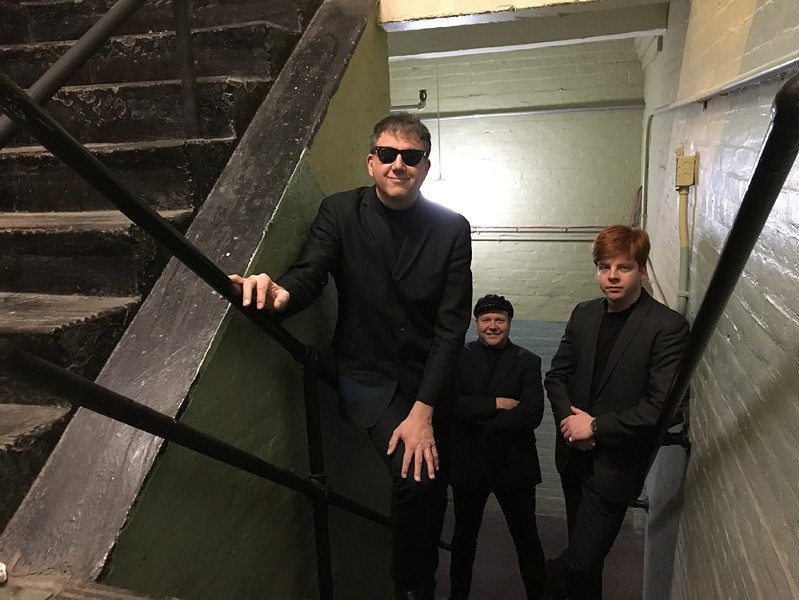 Check out the band at facebook.com/hirisers

Rochester's rock 'n' roll roustabouts The Hi-Risers' new album kicks off with that snap, crackle, and pop the band has become known for. Album number nine, "My Kind of Fun," is pure Hi-Risers, full of clever licks and hooks. You can dance to it, too.

The tenacious trio has become its own thing over the band's near two-decade history, according to guitarist Greg Townson. It's where he wants to be.

"We're not stylized into one particular genre," Townson says. "It just sounds like the band. And that's what you want." The Hi-Risers sound like, well, The Hi-Risers.

When descriptive language, flowery comparisons, or lazy adjectives — "Stones-y, Beatles-esque," for example — fall short, that's when a band can be what it is and truly be called unique unto itself.

"You have to be difficult to describe," says bassist Todd Bradley. "I think the new songs sound like us. Over the years we haven't stuck to one thing. We've wanted to branch out and still sound like us and have our personality come through. And the new one fits in that idea quite well."

The Hi-Risers have been extremely busy, and not just as The Hi-Risers. Townson tours extensively, playing guitar with luchador-masked, instrumental sensation Los Straitjackets, while Bradley swings with the sensuously cool Bossa Nova Bradley Brothers and occasionally with The Lustre Kings. And the newest member, drummer Trevor Lake does time, or rather keeps it, in several other outfits, including Dangerbyrd, The Shine, and Patrick and the Swayzes.

Up until drafting Lake into the ranks, The Hi-Risers had been on a five-year hiatus, other than playing an occasional reunion gig or a show overseas. Then the phone rang.

"Last summer a festival in Spain asked us to come over and celebrate the 10 year anniversary of the album 'Trans-Atlantic Dynamite,'" says Townson, "an album that we had put out with Kaiser George. We headlined one of the days of the festival. While we were there, there was a lot of interest in having us come back over and tour. It was nice to know there was interest over there."

But Townson didn't want to wax nostalgic or play "remember-when."

"I only wanted to do it if we had a new record to bring to the fans," he says, "to keep it fresh. I'm of the mindset that nostalgia is a dead end. Once you're nostalgic, you're toast."


When the band returned stateside, it started in on writing "My Kind of Fun." Townson was reticent.

"I wasn't sure how it would come out.," he says. "I hadn't written for The Hi-Risers in a long time." And with previous drummer Jason Smay taking a powder to play with JD McPherson, the band needed a new beat meister. Enter Trevor Lake, whom Townson had never heard play the drums before. But he liked the attitude.

"I just knew he played with Dangerbyrd," Townson says. "Trevor had sat in at a Hi-Risers reunion show we did at The Penthouse last year and played a couple of tunes on the guitar. And there's just something about Trevor, when I'd see him perform. There are certain people, you can tell they're gonna play music the rest of their lives."

"His feel, the attitude was all perfect," says Townson. "I saw the look on Todd's face — and Todd's tough."

So with a new drummer and a new album, The Hi-Risers find themselves in a new position: neither the songs nor Lake have been road-tested.

"With this record we've had to trust our own instincts," Bradley says. "With all the other records, they had stage time, so we knew they were going to work. We've still got a pretty good feeling about this record."

This is no doubt due in part to Townson's recent exposure to two legendary songwriters, Nick Lowe and Marshall Crenshaw, who Townson backed up with as part of Los Straitjackets.

"They figure into this record greatly," he says, "because when I sat down to write I couldn't help but be influenced by working with them, just being around them, trying to get inside their songs. They were influences anyway. This was just a little closer to the source."

And though he's a guitar player of furious fleet fingered flash and fire, for Townson, the song is where it's at, provided it sings.

The Hi-Risers will play a record release party for "My Kind of Fun" on Friday, April 27, at The Arbor Loft, 17 Pitkin Street. 8:30 p.m. $15 in advance; $20 day of the show. abilenebarandlounge.com for more information.