Rochester's literary scene is rich with opportunities to connect with foreign authors and discover shining work by local writers. The city's small presses and large institutions alike offer annual series and events that bring poets and authors to town for formal talks or informal fairs, giving Rochester audiences many chances to expand their literary horizons and hang out with other bookish enthusiasts.

This fall's lineup of literature-based events will spotlight a range of local, national, and international writers, from acclaimed poets and authors to indie zine-makers. There are many more great events for the 2017-18 season that have yet to be announced, so grab a coffee and pore over the printed calendar in CITY Newspaper every Wednesday, or check our searchable online calendar.

Celebrating its 51st year, The College at Brockport's Fall Writers Forum series will feature a lineup of five esteemed authors: poets, fiction writers, journalists, and a lexicographer. Bookmark the following Wednesday nights, scattered throughout the autumn months. All events take place in the New York Room of Cooper Hall (The College at Brockport, 350 New Campus Drive), unless otherwise specified. For more information, call 395-2503, or visit brockport.edu.

September 13, 8 p.m.: Poet Ariana-Sophia Kartsonis — associate professor at Columbus College of Art and Design, where she is also the faculty advisor for the literary and art publication Botticelli Magazine — will speak about her prize-winning work. Her collections include "Intaglio" and "The Rub," and her chapbooks include "Aloha, Vaudeville Doll," "EMUseum," and "By Some Miracle, a Year Lousy with Meteors" (with Cynthia Arrieu-King).

September 27, 8 p.m.: Fiction writer Julia Elliott, professor at University of South Carolina in Columbia and the 2012 winner of the Rona Jaffe Foundation Writers' Award for beginning women writers, will present her work. Her 2015 debut novel, "The New and Improved Romie Futch," is about a downtrodden, lovelorn taxidermist whose life takes an unexpected turn into Captain Ahab-territory after he responds to an online ad. Her 2015 collection, "The Wilds," was a New York Times Book Review Editor's Choice, and her stories have appeared in The Pushcart Prize and Best American Short Stories anthologies.

October 11, 8 p.m.: Poet and professor of English at the College at Brockport William Heyen will present work from his decades-spanning oeuvre, including his 1970 book, "Depth of Field"; his 1996 collection, "Crazy Horse in Stillness"; "Shoah Train," which was a finalist for the 2004 National Book Award for Poetry; and his most recent collection, "The Candle: Poems of Our 20th Century Holocausts." Heyen is the poet-in-residence at the College of Brockport. 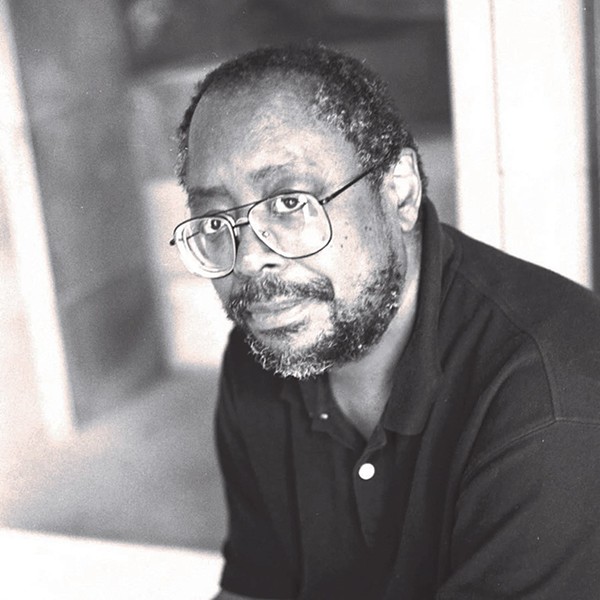 November 1, 7:30 p.m.: This year's Writers Forum headliner is Pulitzer Prize-winner and George Washington University professor Edward P. Jones, who will deliver the Writer's Voice lecture at Temple B'rith Kodesh (2131 Elmwood Avenue). Jones's novel "The Known World," which examines ownership of slaves by both white and black Americans in antebellum Virginia, earned him the 2004 Pulitzer Prize for Fiction. He is also the author of two short story collections, "Lost in the City," which won the PEN/Hemingway Award, and "All Aunt Hagar's Children," and his work has appeared in Essence, Callaloo, and The New Yorker.

November 29, 8 p.m.: Merriam-Webster lexicographer Kory Stamper will discuss her work, which she explores in her 2017 memoir-history hybrid book, "Word by Word: The Secret Life of Dictionaries." Publisher's Weekly warns that Stamper's tome is "occasionally profane," which also may be why The New Yorker praised it as "an unlikely page-turner." Check out her blog, Harmless Drudgery, at korystamper.wordpress.com.

This sounds like a perfect autumn day: wandering an alternative publishing fair with a beer, grabbing a bite from local food trucks, and catching a reading or workshop by a poet. Visual Studies Workshop's annual Pub Fair is a festive, indie marketplace that connects book artists, photographers, independent publishers, and DIYers with viewers and buyers. Now in its fifth year, the event will be held on Saturday, October 14, and will present visitors with artists' books, photobookworks, magazines, zines, digital publishing, and resources. Additionally, Writers & Books is in the process of lining up another great round of Litsplosion readings, workshops, and talks that will take place at the fair.

The Pub Fair takes place from 12 p.m. to 5 p.m. in the VSW Auditorium (31 Prince Street). Admission is free. If you're interested in being a vendor, apply by following the link at vsw.org/publications/pub-fair before September 23. 442-8676; vsw.org.

BOA Edition's annual Dine & Rhyme event will be held this year on Friday, October 20, at the Rochester Academy of Medicine (1441 East Avenue), and will for the first time feature an international poet. The event centers on a bilingual reading and conversation with Lebanese poet Jawdat Fakhreddine, who will be joined by his daughter and translator, Huda Fakhreddine.

A major player in contemporary Arabic literature, Fakhreddine wrote the first draft of his collection "Lighthouse for the Drowning" — published for the first time in English by BOA in 2017 as part of the Lannan Translation Series — while living in exile in the US during the Lebanese Civil War. The prolific writer is the author of 10 poetry collections and two books of literary theory, and is a contributor to Arabic newspapers.

Attendees will get the story behind "Lighthouse for the Drowning" at 6 p.m., followed by a book signing with the Fakhreddines, a silent auction, and a reception featuring Lebanese-inspired cuisine. All funds raised at the Dine & Rhyme gala will help BOA's operations. Tickets are $50 in advance at boaeditions.org/event and $60 at the door. For more information, call 546-3410 or visit boaeditions.org.

Keep an eye on Writers & Books for an announcement regarding its annual "If All of Rochester Reads the Same Book..." book club series, which brings an author to town for readings, signings, and discussions (wab.org). And Open Letter Books will soon announce its 2017-18 lineup for the Reading the World Conversation Series, which brings international authors to town for readings and discussions in collaboration with local eateries; watch openletterbooks.org for updates.