The future of film

The evolution of RIT's photo program tells a story, like snapshots in a photo album or images on the front page of a newspaper.

And the story is this: even though digital has quickly risen to become photography's prevalent image-capture technology, film is far from obsolete.

Photography and film were once inseparable. That changed, of course, after digital cameras hit the market. Professionals and consumers embraced the new technology, which provided an immediate payoff — no more spending hours in the darkroom or waiting days for your film to be developed.

RIT didn't abandon film, however; the school has 30 darkrooms now, compared to the 100 it had 30 years ago, says Willie Osterman, chair of RIT's fine art photography program. And first-year students are no longer required to learn how to use film and a darkroom. But students can take film photography classes in their second year, and the school is actually adding to those offerings.

"What's interesting to me is that some students are interested in coming to RIT because we still do both analog and digital," says Osterman, who teaches a class on wet plate collodion photography, a process straight out of 1852. (Osterman uses film and digital cameras in his own photography.)

Digital cameras are everywhere, from the big system cameras that the pros use to ubiquitous smartphones; the image-sharing site Flickr says that the top five cameras among its users are on smartphones.

But film is still important in the world of photography. 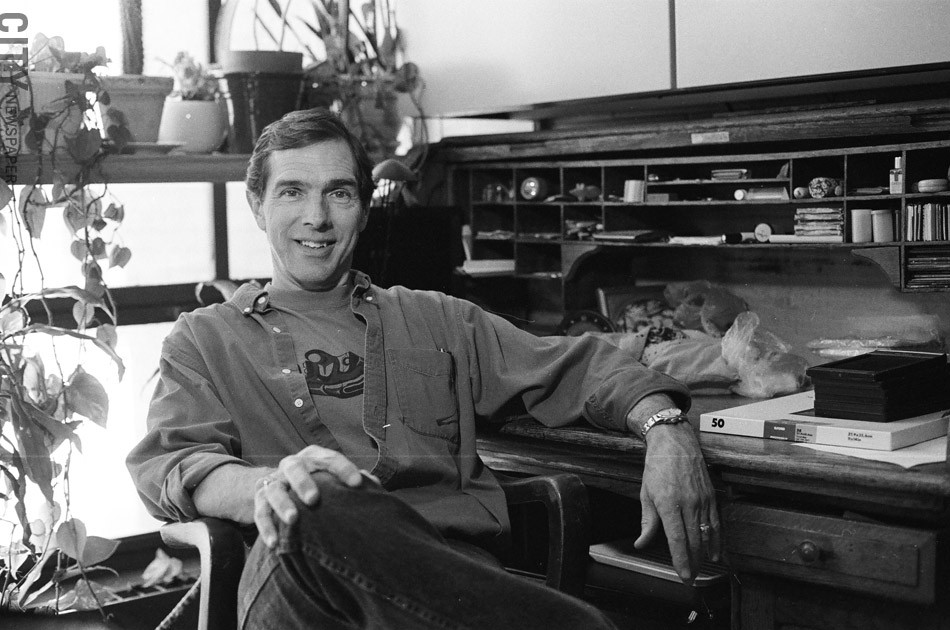 The product lines have shrunk, and sales will never return to their previous heights. But a significant core of photographic professionals, artists, and enthusiasts still relish the rush of finishing a roll of film and the fixer-laden smell of the darkroom. And they remain dedicated to the technology and culture of film.

"It has a depth to the images that digital just doesn't have," says Heather McKay, a Rochester photographer who shoots weddings in digital, but has returned to film for her portrait work. Her customers notice the difference, she says. When presented with digital and film images to purchase, she says, customers almost without fail pick the film shots.

It's tough to find figures that show the decline of film sales after the introduction of digital, since manufacturers are reluctant to share. But the US Census Bureau tracks domestic shipments of photographic films and chemicals, and their value — not adjusted for inflation — fell from approximately $11.9 billion in 1997 to $5.3 billion in 2011, the last year on record.

Numbers aside, Rochester is intimately familiar with photo film's rise and fall. George Eastman pioneered the technology here, and his Eastman Kodak Company brought photography to the masses. Kodak became an American icon and at one point, the Rochester region's largest employer.

Plummeting film sales were a major factor in Kodak's 2012 bankruptcy. And when the company emerged from Chapter 11 last year, it no longer sold photographic film. (Professional movie film is another matter entirely; Kodak is the only company left making and selling it.)

But just as Rochester played an important part in film's birth and photography's growth, it now plays a critical role in keeping the traditional technology alive.

Kodak Alaris is the name of the company that now sells the Kodak film line.

The company came into being during Kodak's bankruptcy proceedings. Kodak created the new company by spinning off its consumer imaging segments, including its film business. Ownership of Kodak Alaris immediately went to Kodak's UK Pension Fund, a transaction worked out to settle Kodak's future obligations to the fund.

While the companies are independent, they are also intertwined. The film sold by Kodak Alaris is made by Kodak under a supply agreement, and it's made at the same Rochester facility where Kodak manufactures its motion picture film.

Last week, six major movie studios signed agreements with Kodak to purchase motion picture film for a few years; the company didn't disclose the exact length of the agreements. The contracts guarantee that Kodak will profit from the manufacture of the film.

But the arrangement is good news for photo film buffs, too, since it means that the plant supplying Kodak Alaris with its film will continue operating for at least the length of the contracts.

Kodak Alaris actively promotes film photography on social media and at trade shows. And in the past it has teamed up with other film photography companies for promotional events. In 2013, for example, Alaris was involved with the lo-fi camera maker Lomography's first Film Photography Day.

Jonckheer says that photography isn't an either-or choice between digital and film; that it's a matter of personal preference. Photographers tell the company that they use film because they like the way it looks, or because they enjoy developing film and making prints, she says.

Kodak Alaris has competition in the world of photo film, including Ilford — a respected English company that specializes in black-and-white film, paper, and darkroom products — as well as Kodak's old nemesis, Fujifilm. That competition arguably shows a continuing demand for film. 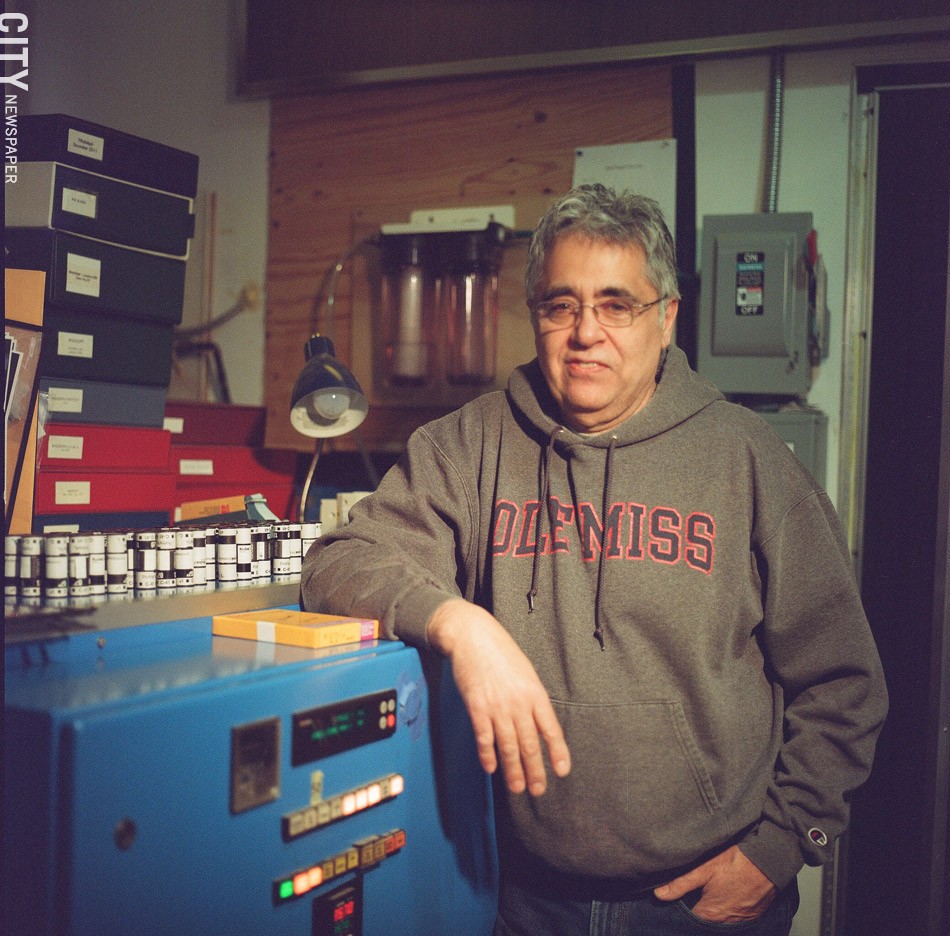 In Rochester, there are other indicators of film's staying power.

Edgar Praus, owner of the Edgar G. Praus Productions photo lab near Village Gate, says that the last two years have been the busiest and best of his 30 years in business. He's getting film processing and print orders from around the world, he says.

And while he says that he can't pinpoint the number of film rolls and sheets that he's processed or prints that he's made, he can quantify the added business in terms of time.

He used to spend five or six days a week at his shop, he says, staying open past 3 p.m. only by appointment. But now he's there until 5 p.m. or 6 p.m. every day, he says, even on weekends.

Praus's customers have also changed, he says. Fine art jobs have always been a staple of his business, he says, and he's still getting a lot of orders in that area. But he's receiving far less commercial work, such as advertising photography, he says.

Praus says that he's also seen growth in black-and-white jobs, which he attributes to the better blacks, depth, and detail that traditional photo paper offers.

RIT's Osterman agrees that fine art photography is an area where film remains popular. But he also talks to a lot of professional photographers, and he says that some in the advertising and editorial worlds still favor film, too.

RIT grad Pari Dukovic was hired as a staff photographer for the New Yorker in 2013, becoming the youngest photographer to ever hold the job. His work has also appeared in photo-heavy magazines such as Vanity Fair and GQ. Dukovic shoots exclusively in film.

"There's darkroom magic," Praus says. "There's just that thrill of being in the darkroom and watching the image come up. You just can't beat that with this computer stuff." 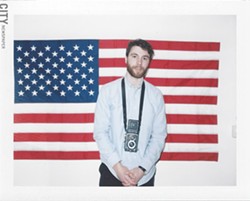 Lucas Marchal's first serious camera was a cumbersome digital system he bought about seven years ago, before a trip to Poland.

Three years later, Marchal had grown tired of hauling the clunky thing around and sold it. But his interest in photography endured, and soon he and his best friend found old Pentax film cameras that their fathers had owned.

"We started using them, making mistakes — not loading the film properly and all that — together," he says.

Marchal, who's from the Brittany region of France, really got hooked on film during the year he spent in England teaching French. He was in a new place, and there was a lot he wanted to photograph. He picked up a fully manual camera, and for the first time began shooting only film, which meant a lot of trial and error.

When his year was up and he returned to France, he set up a small darkroom in his apartment's laundry room.

Marchal currently lives in Rochester and is a regular at the Genesee Center for the Arts and Education's Community Darkroom. And he was part of a social reportage class this fall, documenting Bhutanese refugees living around Jones Park.

He says that he's attracted to film photography for a couple of reasons. One is the process of taking a picture, developing the film, and making prints in a darkroom. The other boils down to the challenges of working with film; photographers have to make do with whatever's loaded in their cameras.

"I find working around the limits helps me be more creative," Marchal says. "And I really love to be able to control the whole process from developing to printing. It's really something."

Richard Margolis has been a film photographer for 50 years.

Tradition has a lot to do with that choice. He says that he wants to honor the photographers who influenced him, and to celebrate their work and methods. And that means working with a big, tripod-mounted view camera, which uses 4-inch by 5-inch sheets of film.

But the process and the results are important to him, he says. The big camera is slow but precise; it makes him stop and think about the image he's making before he releases the shutter. There is no firing off tens of clicks in a matter of seconds, as a high-end digital camera could.

In Margolis's art, prints are the important end product. The large black-and-white film negatives from his camera allow him to make large, detailed, high-quality prints; his frequent subjects include trees, landmarks, parks, public art, and bridges. 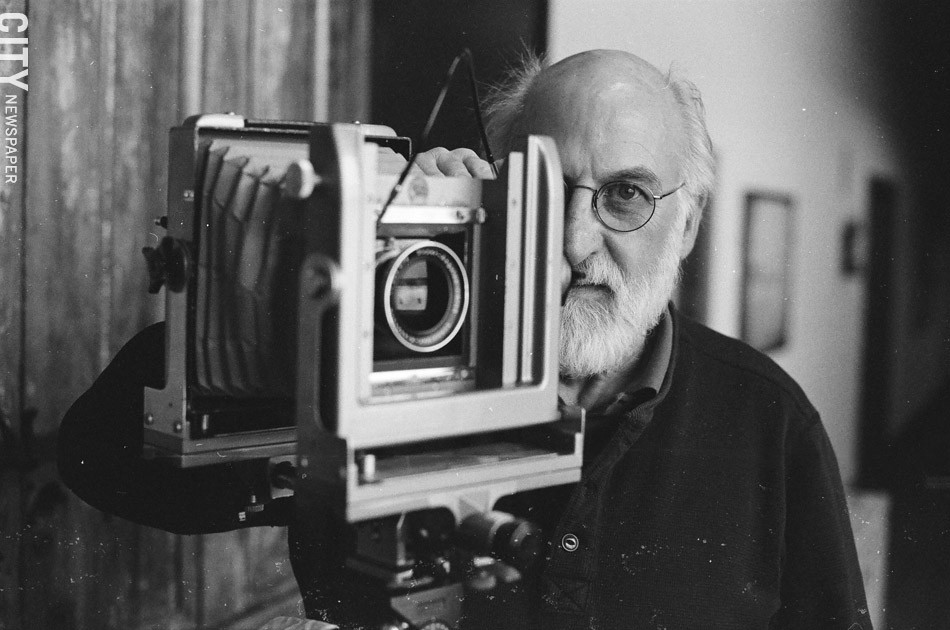 And he's making those prints in his darkroom, which is located in a building near Village Gate. His images can't exist until his "struggled through the darkroom process," he says.

"I like the fact that these prints are made by hand," he says. "They don't pop out of a machine. They're not perfect."

But Margolis hasn't shunned digital entirely. Everything he does for clients — he photographs artwork and does architectural photography — is digital.

"It has to be," he says. "It's in color, they want to send it by e-mail to somebody; it makes no sense to do a project like that on film."

He's also used digital for two books he's finishing up, including one on Rochester landmarks.

"I used to feel threatened by digital," Margolis says. "I felt like I wasn't keeping up with advances. I now think that I'm better off working the way I am. I like the quality of what I'm doing."

City wants you to share your film photos of Rochester. Tweet your photos, or links to them to @roccitynews or using the hashtag #roconfilm. And if you have information on the film and camera used, include that, too. We'll publish a Storify collection of selected photos.