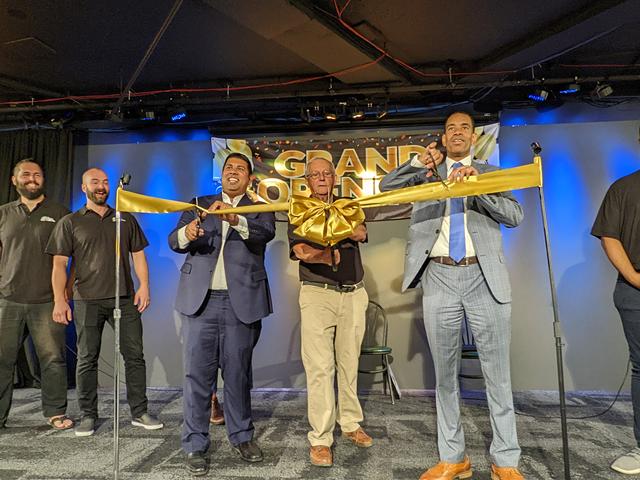 The Focus Theater — which hosts classes and performances in short-term and long-term improv, stand-up, and sketch comedy — has some new digs.

The theater officially opened the doors of its new space to the public on Sept. 10, just in time for a series of performances as part of the Rochester Fringe Festival. Previously located in a 45-seat space in the South Wedge from 2016 to 2019, The Focus Theater now occupies twice the space on the third floor of the Sibley Building.

Co-run by John Thompson, Keith Gomez, Roger Sutphen, and Cody Jones, The Focus Theater is, in part, a home for comedy. But the goal is to cultivate the local scene rather than showcase national artists.

“We want to grow local talent and then showcase local talent,” Thompson said. “It's more of a grassroots thing, and so everything that we do is driven by that attitude.”

“We’re one of the only places that offer ‘farm-to-table’ comedy meats,” Gomez said. “You can come in here, take your class, and then be doing stuff on the stage for people that paid to see you.

“But trying to make that happen in other spaces is so much harder. You take a class and you hope that you struck the eye of the guy that’s going to be holding the auditions where they have two slots for the year. In here, we’re finding 30 people at a time, and making teams and getting stuff going.”

In addition to classes, The Focus Theater presents an improv show every Saturday beginning in October for $10. Starting Nov. 5, the theater hosts the monthly Improv Plate, in which improvisers of all skill levels form new teams on the spot. For more information on classes and performances, go to focustheater.us.