A century ago on Tuesday, a young Black man named James Noey was shot and killed by a white police officer amid a massive brawl on Main Street in Fairport.

The melee, in which young men from Rochester squared off with residents of some eastside suburbs, was huge news in its day. Nearly every detail of the incident and the ensuing legal proceedings made headlines over the course of a year.

Every detail, that is, except the death of Noey, who was 20. His killing seemed largely an afterthought in the media coverage, relegated to a sentence or two that invariably referred to Noey simply as a “colored youth” who died.

Noey’s killer, a Special Deputy Clark Burlingame, was never charged. But 30 men from Rochester were convicted and sentenced to fines and imprisonment up to a year.

The matter was largely relegated to the annals of history until recently, when heightened awareness of racial injustice and police brutality toward people of color prompted the village historian to re-examine the story, which had morphed into one of a “race riot.”

The “race riot” term was first applied eight years ago, when a popular local blog characterized the incident as such. A subsequent brief report in the Democrat and Chronicle a year later published as part of the newspaper’s “This Day in Rochester History” series made no mention of racial tensions, but the website address of that report also included the term “race riot.”

Bill Poray, the historian for the town of Perinton and village of Fairport, spent weeks researching the incident over the spring and summer, as racial tensions surfaced in town amid the Black Lives Matter demonstrations that gripped the nation.

“We’ve heard the term race riot,” Poray went on. “But in my research, I’ve not found any examples of it referred to as a race riot during when it happened or the follow up to it, and I think there’s a good reason for that. It wasn’t a race riot.”

FIGHT STARTED OVER A GIRL

News reports of the incident suggest the killing of Noey, on Wednesday, Oct. 20, 1920, was the outgrowth of an altercation that erupted the preceding Saturday night, when a handful of young men from Rochester were tossed out of a dance at the Odd Fellows Hall, a social club in the now razed Clark Building on Main Street.

“It seems that what triggered this entire incident was on that Saturday night one of these guys from Rochester sat on the lap of a Fairport girl at this dance,” Poray said. “The Fairport guys looked very negatively upon this, as did the proprietor who ran these dances.”

One Rochester man to emerge from the narrative as the ringleader of the deadly brawl, a part-time boxer by the name of Charlie “Cutie” Kaufman, reportedly told the judge at his arraignment that he was among six men kicked out of the dance. He described them getting into a scuffle with “a crowd of a hundred” outside the club.

Noey was not among them. He was not in Fairport that Saturday night.

“During that interval we offered to fight any six men they would select,” Kaufman recalled, “but they didn’t do it and then they all pitched on to us.”

Other news reports from the time cited testimony from Fairport men who described the would-be bout as being seven-on-seven and the Rochester men fleeing in fear of the “champions” they had selected to go toe-to-toe.

What is undisputed is that at least three dozen Rochester men returned to Fairport four days later, mostly in taxicabs, to do battle. This time, Noey was with them.

They reportedly came armed with ax handles, pool cues, bottles, and clubs and tied white handkerchiefs around their arms and weapons to distinguish themselves from their suburban counterparts.

When they arrived in the village around 9 p.m., they were reportedly received by a large number of Fairport residents who came prepared to fight after having gotten wind of the forthcoming raid.

“Word was received by the villagers that a plan was discussed in Rochester among young fellows who hang out in pool rooms in Clinton Avenue and Main Street to precipitate a fight,” the Democrat and Chronicle reported.

The Rochester men, who were alternately described as “invaders” and “gangsters” from in and around Central Avenue, reportedly fled after a few minor skirmishes, but returned around 11 p.m. with reinforcements only to be met by several hundred people and a heavy police presence.

“In the meantime, the word spread that another attack would be made on the village,” the Democrat and Chronicle reported. “Residents of the town poured into the Main street armed with all sorts of contrivances. Revolvers, shotguns and firearms of all makes and kinds could be seen.

“The word spread to Pittsford and East Rochester, and truckloads of residents of these villages hurried to Fairport to reinforce the town folks.”

A “riot call” was reportedly placed to the Monroe County Sheriff’s Office, prompting eight patrol cars and three police motorcycles to be dispatched and wait for the Rochester men to return.

“They [the taxis shuttling the Rochester men] drove over the canal bridge which leads into Main Street, and three cars proceeded toward the railroad on Main Street,” according to the written findings of the Monroe County Coroner Thomas A. Killip, published in The Fairport Herald on Nov. 17, 1920.

“Deputy Sheriff [George] Brasser ordered them to halt, but they did not obey and the deputy attempted to shoot at the tires of one of the automobiles,” Killip wrote. “At this time there were about two or three hundred people on both sides of the street.”

One news report at the time indicated that the men in the taxis fired gunshots at the crowd, and Brasser later testified as much. But there was no subsequent report of a gun being found among the arsenal of weapons in the cabs when police eventually caught up with them and searched the cars.

Many of the onlookers were said to have opened fire on the taxis, including Burlingame, whom news reports referred to as a “special deputy of Fairport,” a title that suggests he may not have been a professional law enforcement officer. Indeed, census records from around the time list his occupation as a machinist.

A bullet from his revolver was found to have pierced the windshield of a taxi and lodged in the head of Noey.

“At this point, Mr. Burlingame did his shooting,” Killip wrote. “James Noey was sitting on the seat with the driver of the taxicab when shot.”

Reports show that Noey was driven to the hospital, where he was pronounced dead on arrival.

Killip’s findings went on to recommend that a grand jury “pass on the legality of this shooting” but that legislation be considered for background checks on taxi drivers.

Neither Burlingame nor any of the suburban residents ever faced any charges. But 30 Rochester men were convicted on a variety of charges and sentenced to fines ranging from $50 to $500 and prison time. Six of them, including Kaufman, spent a year in prison.

A ‘RACE RIOT’ IS BORN

No media report made any mention of the Rochester men being of color, with the exception of Noey.

But when the local blog rochestersubway.com, which markets itself as a repository for “local history + new ideas,” recounted the melee in July 2012 to coincide with the anniversary of the 1964 Rochester riots, its commentary asserted that the incident could be called “a race riot.”

“The news articles make no mention of race except when referring to the one 'colored youth' who was killed, James Noey,” the blog reported. “And eyewitness accounts from police and townspeople use phrases like ‘Rochester youths’ or ‘Rochester boys’ as code for ‘black’ youths.

“But make no mistake, this confrontation between a group of black men from Rochester, and a group of white men from Fairport was racially charged.”

The blog offered no evidence to back its claim, but the “race riot” label stuck.

Poray, the local historian, recalled first learning of the death of James Noey about 10 years ago. But he said he examined it more closely this year amid rising racial tensions around the country. 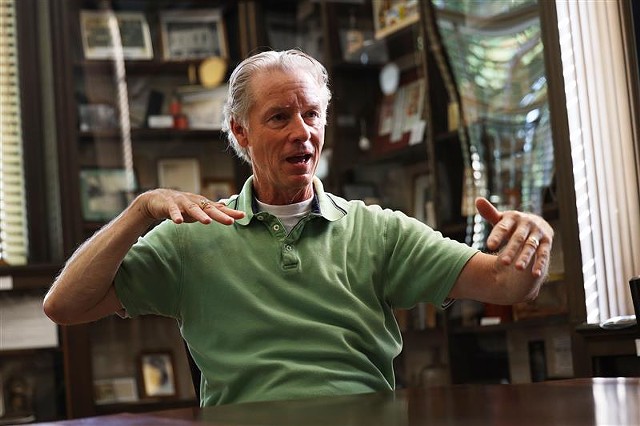 “When I came upon that article and it referred to this as a race riot, it catches your eye,” Poray said. “More recently, with the events that are surrounding us today, with racial inequality and what we’re struggling with, it bothered me that this could be perceived as a race riot.”

Poray analyzed census and military draft registration records for Noey and all 30 Rochester men who were convicted, whose names and ages were printed in local newspapers.

The records showed that Noey was the only Black person among them. All the rest were listed as being white. Census records showed they were mostly Russian, Polish, Italian, and German immigrants.

Noey was one of only two of the Rochester men reported as being involved in the Fairport brawl to have been born in the United States.

“I’ve been interested in this because if it were truly a race riot then we should certainly own up to that smudge on our history,” Poray said. “But on the other side of the coin, I don’t want that assigned to this community when everything my research tells me is that it seems awfully likely that this was an unfortunate series of events and anyone in that seat could have been killed.”

Indeed, reports read that another bullet to enter the taxi carrying Noey would have surely killed the driver had it not lodged in the frame of the steering wheel.

“To me,” Poray said, “this was about young guys, girls, hormones, and turf.”

How Noey came into the company of the Rochester men is a mystery. It remains unclear whether he arrived in Fairport that Wednesday night with the first wave of Rochester men or the second.

“He was probably recruited out of the pool hall or off the streets,” Poray said. “Maybe it seemed like a fun thing to do on a boring Wednesday night. Perhaps he had no idea what he was even in for. But I’d hate to think that somehow people researching this perceive that he was the problem. I think he was along for the ride more than anything.”

Notably, none of the news reports of the day offered the slightest biographical sketch of Noey. They alternately refer to him as being 18 and 20 and 21.

“I’ve noticed that the commentary in the press [at the time of the incident] about the loss of a life wasn’t the primary focus,” Poray said. “The focus was the apprehension, the charge and the trial of the other quote ‘gang members.’”

The 1920 census listed Noey as an unemployed laborer who lived on North Street with step-parents and a 24-year-old brother, Elmer Noey, who newspaper reports suggest had multiple brushes with the law during his adult life.

The event was talked about for years, and became the subject of church sermons in Fairport. Four months after the brawl, news reports show that a Methodist pastor in Fairport reflected on "the riot" and attributed its causes to three factors: general lawlessness, a lack of family discipline, and a lack of respect for the law.

Frayed race relations was not mentioned.

“I’m all for learning from our mistakes of the past,” Poray said. “And there are things that probably could have been learned from this incident for sure. But high on that list I wouldn’t put a flagrant example of racial intolerance.”