Jake Clemons grew up in a strict Southern Baptist household, the son of a U.S. Marine band director. "We listened to a lot of marching-band music," he says. "I was very familiar with John Philip Sousa, a lot of classical music, and gospel." But Jake also knew that his uncle, Clarence Clemons, was the saxophonist for one of the biggest rock and roll bands in the world: Bruce Springsteen and the E Street Band. 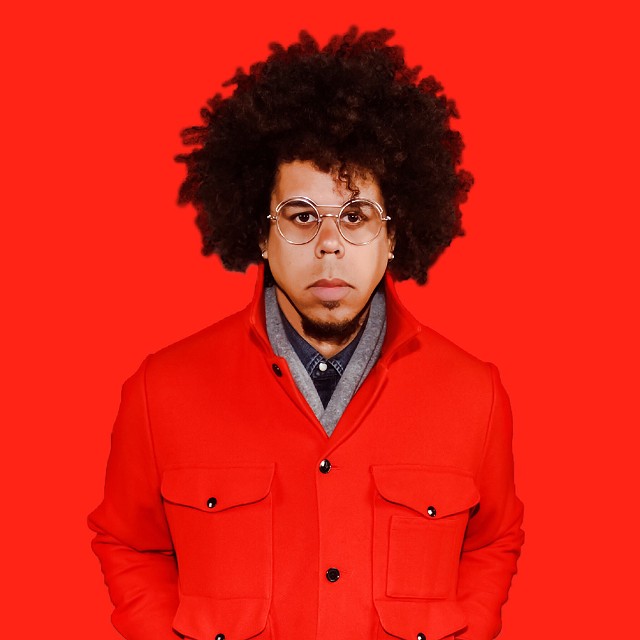 Clarence Clemons would pass along his used saxophones to his nephew - some of them a little roughed-up from the road. All of Jake's saxophones, save for one, once belonged to his uncle. People sometimes mistake the relationship as father-son, but Jake says he usually doesn't bother to correct the error.

"Clarence understood me, like..." Jake pauses, and repeats himself, this time more emphatically: "He understood me. My dad and I didn't necessarily get along very well; we were very different. Clarence and I were very similar. He was very much a father figure. We were woven from the same cloth. Not entirely, but in a lot of ways."

When Clarence died of complications from a stroke in 2011, Jake had already been out on his own, with his own band. He even changed his name for several years so people wouldn't make the connection. If Jake Christian made it, he'd make it on his own merits. "I intentionally didn't learn any E Street songs to that point," Clemons says.

Perhaps it was natural that Jake would join E Street, learn some Springsteen songs. "They've always been family to me, anyway," he says. Nevertheless, he calls it a "difficult, but beautiful process." Rehearsing nine hours a day, "it was the first time my lips bled since high school," he says.

The parts in the E Street Band's show that were carved out for Clarence now belong to Jake. "There are certain elements that are unavoidable," he admits. "Call it DNA or whatever. When we started rehearsing, someone in the room said, 'Man, it's freaky: When your back's turned, you look just like him.'

"It's been really special to me to keep his name, his saxophone on the E Street stage. I'm blowing through his mouthpieces to his saxophones. It's a tremendous connection for me to maintain.

"He remains, man, you know? I feel him with me. To be honest with you, there are often times I'll step up, in my head I'll say, like, 'This one's on you. You take this one.'"

Jake Clemons recently released a new solo album, "Eyes on the Horizon," with a Rochester show scheduled for December 19 at Flour City Station.

"I wasn't exposed to a lot of modern cultural music when I was a kid," Clemons says. "So that's left me with a lot of room to explore, and to discover things as I went along."

While the saxophone is there, it doesn't dominate "Eyes on the Horizon." Clemons is a multi-instrumentalist. He sings. He wrote nine of the 10 songs. Still, "Eyes on the Horizon" is a rock record, and it offers moments in which listeners will think: I can hear the E Street Band playing a riff like that.

And while it is a rock album, the title track is driven by African percussion and polyrhythms. It's a track that’s “communicating the rawest form of emotion through those drums,” he says. “Whether you’re going to war or you’re going to have a celebration, there’s something that transcends lyrics, and even melody, when you have a drum beat that’s communicating that way.”

"I was eight years old when I saw E Street for the first time," Clemons says. "That was my first time hearing electric guitars and distortion. I don't remember the sound much, but I remember being intrigued by the moment. And after that I would kind of sneak MTV on a very rare occasion, whenever I could, when everyone was outside or I had a moment to myself and I would turn on the TV."

He was 12 when his older brother got his hands on "Nevermind," Nirvana's breakout grunge album, "which he listened to religiously in his car and tortured me with, until I found a way to love it," Clemons says.

"Being exposed to modern music so late, it just allowed me to, you know, try out lots of different things that are not being said, per se."

A case in point is Clemons's interest in storytelling. "I've been a big fan of classic composers," he says. "And when they do operas or symphonies, there's a whole compelling theme, a story that's being unfolded."

His own story is one of growing up on military bases, in that Southern Baptist home, which could be limiting to music-starved ears. But it was also an experience that worked in other interesting ways. "It was really an amazing way to grow up," he says, "in these communities where nobody is from that town and there is a really strong emphasis on the fact that we really kind of needed each other. Our neighbors were not just people who lived next to us. We lived amidst and with our neighbors."

Some of the songs of "Eyes on the Horizon" serve as warnings. "As a culture, we've lost touch of each other, and allowed ourselves to be really divided," Clemons says. "So for me, I just felt really compelled to speak to that. With division comes a lack of empathy, and that's my biggest fear probably for society, for humankind."

"In the States, we're driven to move things forward," he says. "We have this, we're born with this rebellious spirit in the US, to challenge the boundaries. And what comes with that is a lot of great things, invention and progress. But the opposite side of that is often oppression. There's winners and losers, and it becomes very, very inhuman in some ways."

Next year will be a big one for Garth Fagan Dance; a celebration of the 50th anniversary of Fagan's arrival in Western New York. His troupe will dance with the Rochester Philharmonic Orchestra, among many other performances. In fact, the celebration is already upon us. Garth Fagan Dance's "Home for the Holidays" performances open at 8 p.m. on Thursday, December 12, at Nazareth College's Callahan Theater. It runs through Dec. 15, with works by Fagan as well as Norwood Pennewell, including his latest dance, "Triptych." The program will also include parts of "The North Star," Fagan's tribute to Frederick Douglass. A meet-and-greet in the lobby with the entire company will follow each performance. For tickets and more information, go to garthfagandance.org. "The Lion King," which Fagan choreographed for Broadway, comes to the Auditorium Theatre on December 19 and runs through January 5.

Rochester's Joywave returns home after a busy summer of touring for a January 24 show at 7 p.m. at the Roc Dome Arena in Henrietta. There, the electro-pop band will be joined by the headliners, the New York City indie pop band AJR, New Jersey's TikTok-driven Sub Urban (more than a billion dances have been posted on the social media site to his "Cradles") and the Brooklyn-based trio Dreamers. The show is "Rover's Holiday Hangover," a reference to "Rover's Morning Glory," the syndicated radio program carried here on WZNE-FM (94.1). Tickets to the general admission show ($29.99 through Christmas, $39.99 through January 23, and $49.99 the day of the show) are available at ticketmaster.com... Tommy Stinson, best known as the bassist with The Replacements, plays a solo gig on Wednesday, December 11, 7 p.m. at Bop Shop Records, 1460 Monroe Avenue. "And as I get older and change up my thing a bit, everything that I do now still has traces of things I learned or played on in The Replacements days, Stinson told Frank De Blasé at CITY Newspaper. I really haven't evolved that much. I'm not a Neanderthal anymore. I'm more of a chimp, or a chump anyway. I haven't changed a whole lot." Admission is $25...

A tribute to your music is a good thing, although it's unlikely most songwriters would agree to the all-too-usual prerequisite that you have to be dead. Robert Hunter, best known as the Grateful Dead lyricist, was 78 when he died in September. "Fare You Well... A Tribute to Robert Hunter," is set for 6 p.m. on Thursday, December 12, at Record Archive, 33 1/3 Rockwood Street. Sitting in for the Dead is Eric Carlin's Half Dead, with Max Flansburg of Dirty Blanket, Jack Moore of Delilah Jones, and Ryan Consiglio of Baker Street. It's free...