The Daniel Prude protest in pictures 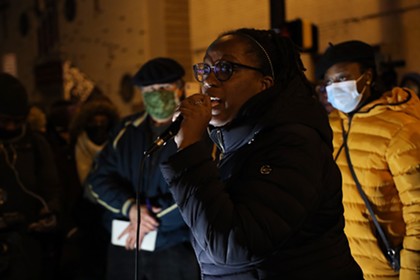 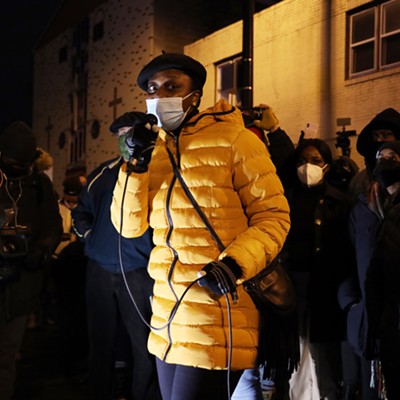 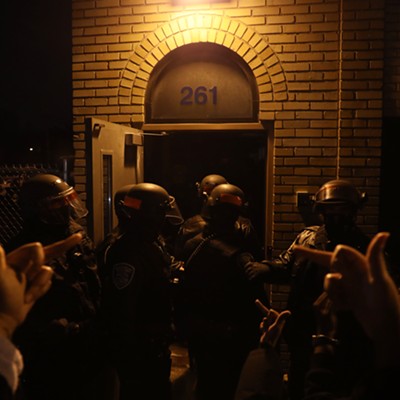 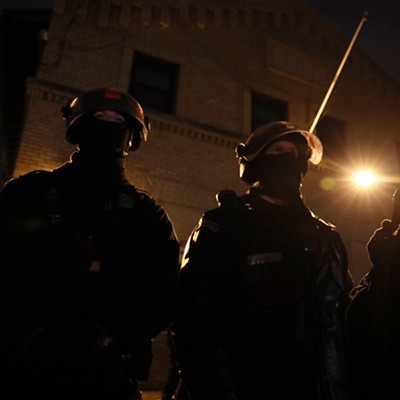 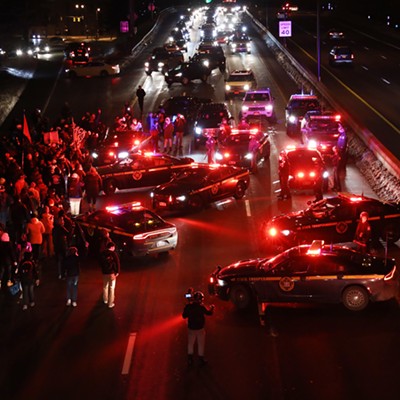 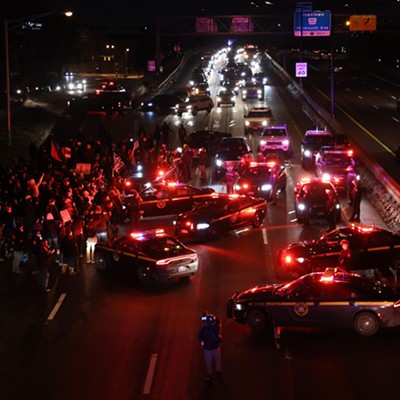 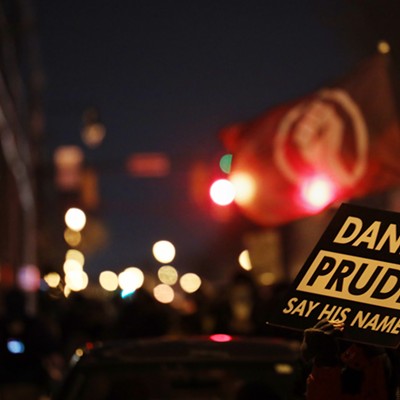 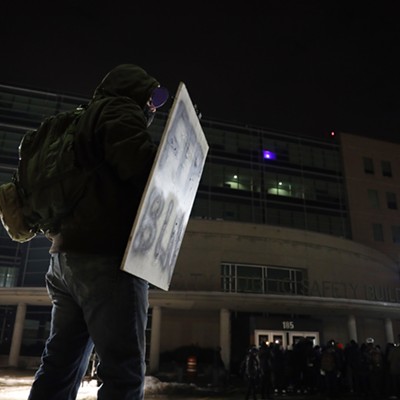 In pictures: Free the People Roc protest February 23, 2021
By CITY STAFF
Click to View 14 slides
Word that a grand jury had declined to indict any of the seven officers involved in the arrest of Daniel Prude that killed him touched off a night of protests in the city on Tuesday, including several tense standoffs between demonstrators and police.

Hundreds of protesters ended the night outside Rochester Police Department headquarters at the Public Safety Building downtown, but the demonstration wound down shortly after midnight with no reports of widespread violence or injuries.

Protesters converged around 7 p.m. on the Jefferson Avenue intersection where Prude was arrested, a couple of hours after Attorney General Letitia James announced the outcome of the grand jury proceedings.

"Black and brown people across this nation die in custody by law enforcement, killed by law enforcement," said Anthony Hal, a speaker at the gathering. "Daniel Prude's family has suffered, and a rehash, time and time again, no indictment. Black women, Black men killed, maimed, handled any kind of way, and we can't get no justice."

A few hundred protesters first marched to the Rochester Police Department's Special Operations Division on Child Street. A tense stand-off between protesters and police ultimately was resolved when the line of officers guarding the building moved back inside.

News that the grand jury “no-billed” the case, as the process of refusing to indict is known, was initially met with relative calm in the hours after the attorney general’s announcement. Activists had said they expected the outcome and were focused on comforting the Prude family.

Still, the city braced for a tense evening. Police erected barricades around parking lots adjacent to the Police Department, and City Council members released a letter calling on police to modify the way they handle protests that included banning the use of chemical agents, like tear gas and so-called “flash bangs,” and establish clear rules of engagement.

“After almost a year of being strung along these are the results,” said Free the People organizer and City Council candidate Stanley Martin. “We were all hopeful justice would be served in some capacity but today we are reminded there’s no justice in a racist system.”

The protest then headed east, marching onto Interstate 490 from the Child Street ramp and making its way to the Public Safety Building.

There were no reports of arrests. Protest leaders vowed to hold more demonstrations in the coming days.