The Collins and Clark Expedition: two musicians journey across America 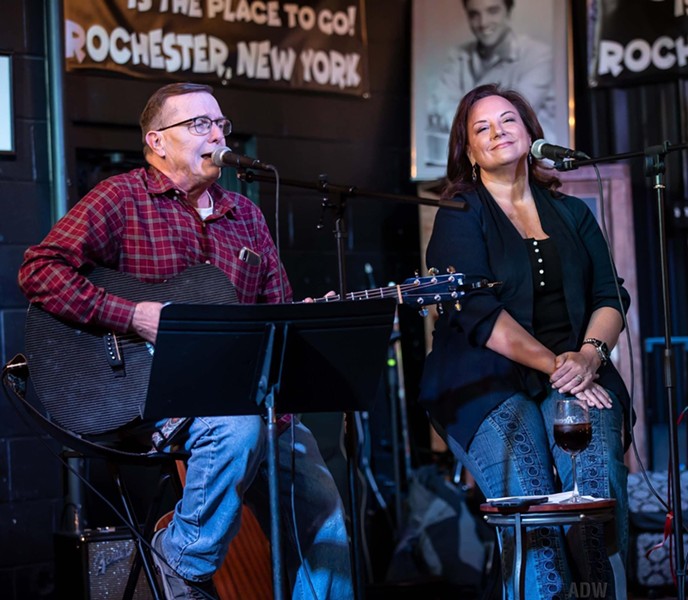 Amy Collins has never seen the northern lights. In the coming months, she aims to address that glaring hole in her soul.

Collins and her husband, Tim Clark — both folk singers — were hurtling down the New York State Thruway earlier this week, after leaving Rochester the day following the election. Behind them was Burlington, Vermont. Just ahead, Harper’s Ferry, West Virginia. They were at the head of a 52-feet-long, one-ton truck, pulling an RV trailer loaded with things they’ll need over the next five or so months of touring the country.

This may sound suspiciously like the beginnings of a plan, but it’s not. Just two motorcycles, guitars, amps, computers, and dog food. The last item is for Marlie — who likes to ride in the lap of whomever is in the passenger seat of the truck — and Lucy, who just likes to stick her head out the trailer window, ears flapping in the wind, watching the countryside roll by.

The couple calls it “Collins and Clark Across America.”

“We don’t know how far we’re gonna get, and we don’t know where we’re gonna end up, but that’s part of the fun,” Collins says. They’re only thinking ahead one destination at a time, but they’re making a point to stop at interesting historical sites such as Harpers Ferry, where John Brown tried to ignite a slave revolt leading up to the Civil War. Meandering south, then toward Alaska, the best opportunity to see disturbances in the magnetosphere. 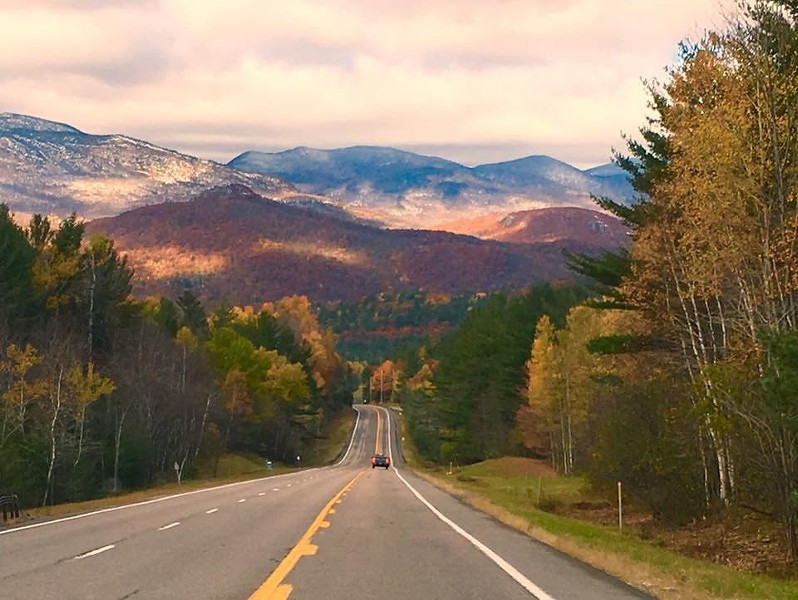 Visiting relatives and old friends from high school and college are also on the map, but with a caveat: “There will be no Clark Griswold moments here,” Collins says. Fans of the film “National Lampoon’s Vacation” will understand the uncomfortable consequences of dropping in unannounced on long-unseen relatives.

A fluid approach to planning works hand-in-hand with the uncertainty of these days. That’s why Collins and Clark have hit the road.

“The danger of COVID,” Collins says, “combined with the oppression of having to stay inside for the next five months, it felt doing this, taking an RV down to the Southwest, parking someplace, moving safely from place to place and staying away from major urban populations, seemed like the smartest way to avoid the oppression of gray winter and the very real danger of COVID.”

That’s quite a run-on sentence for someone who knows her way around writing. But Collins has been overtaken by the adrenaline rush of new horizons witnessed from behind the windshield of their truck. Clark — who’s driving while talking — describes this as a way to be open to change and transition, rather than “stay home and let new rules lock you in.”

“Embrace change, we’re changing our location, we’re charging our lifestyle,” he says. “We’re taking care of ourselves and staying safe in this new environment.

“We’re trying to live in this new world in ways that suit us. The world’s gonna change with you or without you.”

High-minded words, for sure. But they are folk singers. Faced with the prospect of being sealed up inside an RV with Clark for a half-year, Collins jokes (maybe) about having already written a couple of 45 rpm-worthy songs: “Oh God, I’ve Made a Horrible Mistake,” and on the flip side, “I Think I Want a Divorce.”

Clark threatens to respond with “This Had ‘Good Idea’ Written All Over It,” backed by “You’ll Be Hearing From My Lawyer.”

So they’re off in search of the spirit of George Jones and Tammy Wynette. But it’s a road trip that’s driven in part by loss. They’ve lost three parents over the last three years.

“Truthfully, it was a real lesson to us about change and about courage and not waiting,” Collins says. “My mother waited, and she wanted to go to Cuba; my mother had so many plans. And she died. And she did some of them, but she died before she got to most of them.

There is a sense in America today that we’ve all climbed into our separate foxholes. Both Collins and Clark have been politically active — making their voices heard on behalf of a fair minimum wage, the Paid Family Care Act, Black Lives Matter, and the protests in Rochester following the death of Daniel Prude while in police custody. 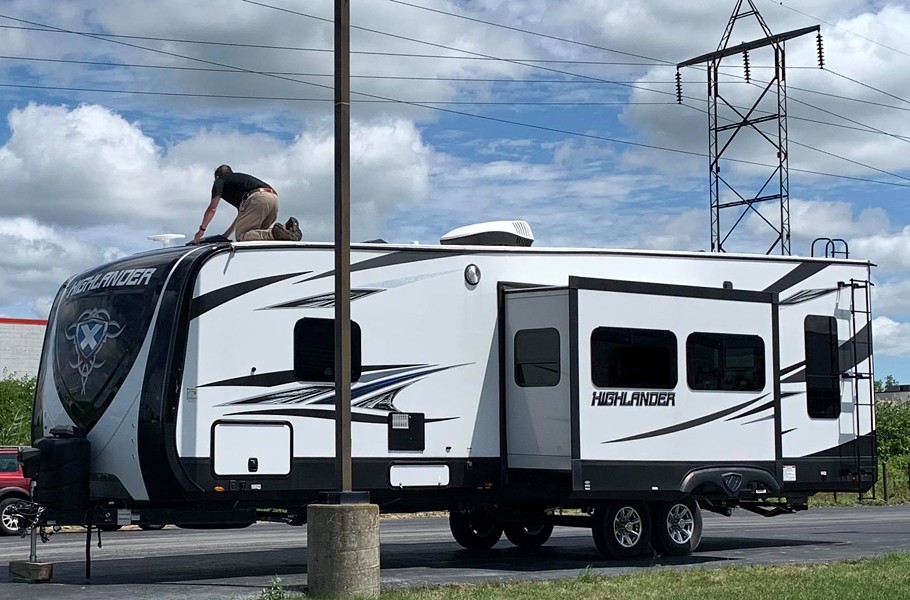 Yet, Clark says, they can’t allow their own lives to settle into a paralysis. “We have to start remembering what it is we’re living for,” he says.

Their response is to see and hear the rest of the world, yet stay tethered to their professional lives. Clark’s Critical Path Integrators deals in minority workforce development, finding job opportunities for disenfranchised adults. He’s also stored his music files in the cloud, and can call on his home-studio software anytime he needs it.

Collins owns a book- and magazine-distribution company, New Shelves Books, and is a publishing-industry speaker and keyboard-pounder’s coach. The RV is equipped with a 10 by 12-foot patio, allowing Collins to mount a traveling salvation show for writers. She’s booked two events with authors, continuing her work teaching about publishing and the book industry.

So they’re on the road, yet working from home. “As a matter of fact, our co-workers prefer it,” Collins jokes.

But the two also make time for themselves as “active travelers.”

“Two Thanksgivings ago, we were eating tacos in Mexico,” Collins says. “On Thanksgiving Day we’d driven our motorcycles over the border to celebrate Thanksgiving in a Mexican border town. It was amazing.

“The September after that, we were crossing the Swiss Alps on our Harleys…”

“We seem to find really weird little bizarre places to stop and eat and meet people.”

Like that day in central France. They met a woman who spoke no English, and Collins’ high-school French is a disaster. Still, “Thanks to Google Translate, we ended up having one of the most fun afternoons of our lives,” she says.

Clark, keeping his eyes on the road, adds, “And the head cheese was delicious.”

Cuisine created from the craniums of farm animals aside, “We love to travel,” Collins says. “And yet, in this day and age, we have to do it smartly and safely.”