No one in the Joseph Avenue neighborhood wants to talk about the riots, says Neil Scheier, a doctor and owner of Dynamite Dollar on Joseph. While City Hall, the media, and other organizations marked the 50th anniversary of the 1964 riots with special issues and solemn speeches, the people in the neighborhood — the place where the riots began — would just as soon have let the July anniversary pass without comment, Scheier says.

Why drag up one of the worst things that's ever happened in the City of Rochester? Scheier says. Besides, he says, the people in the neighborhood don't need a reminder — every day they live the same conditions that brought about the three-day explosion of violence and destruction 50 years ago: poverty, substandard housing, skill deficiencies, and joblessness.

Mayor Lovely Warren, who formerly represented the Northeast district on City Council, often says that people consider the area — once the nucleus of Rochester's Jewish community — to be the city's "junk drawer."

Members of the Joseph Avenue business community say that they are trying to alter that perception by altering the reality — and that they're the only ones who can do it.

"If there's going to be any improvement in the inner city, it's going to come from the business community," says Scheier, vice president of Joseph Avenue Business Association. "City government's been involved for 40 years, and nothing's happened. We've got to do something different."

The three-year-old association worked with the Rochester Regional Community Design Center to create a plan late last year for the Joseph Avenue Business District, which uses Pardee Street as its northern boundary and Wilkins Street as its southern boundary.

"It addresses all of the issues anyone can think of when you're looking at a community and saying, 'OK, how can we make this better?'" Scheier says. "From roads and curb fronts to storefronts and parks and street signage. We are now, step by step, implementing this." 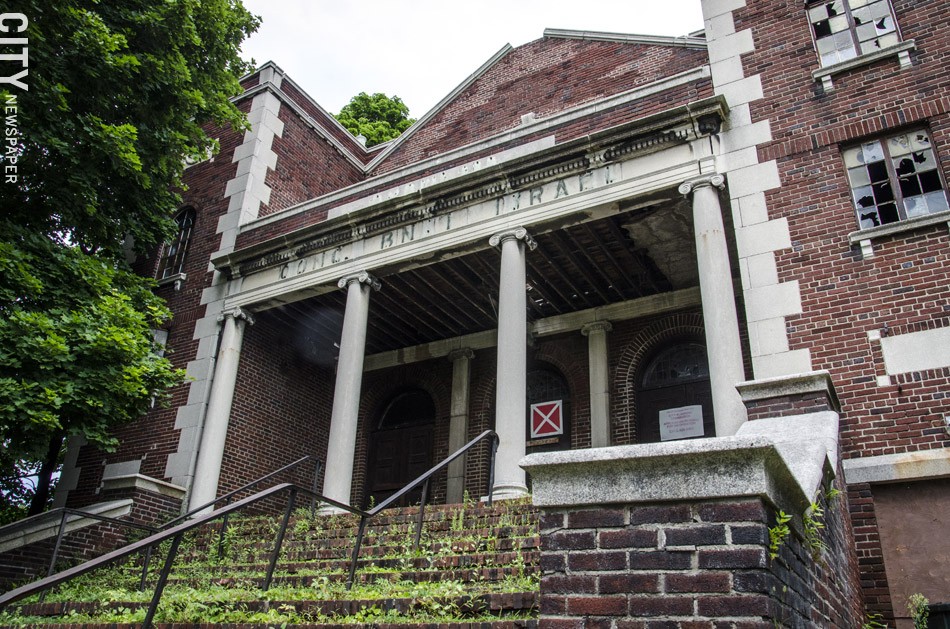 Street banners have gone up, crosswalks have been repainted, an annual summer festival has been started, and a bus shelter has been put up on the corner of Avenue D and Joseph. Bike racks will be installed and decorated, Scheier says, and the business association is working with the police department and the city's code enforcement office on quality-of-life issues, such as increased police presence.

The business association knows that these are relatively minor steps, Scheier says, and do not address deep-seated issues such as poverty and broken schools. But the idea is that a more appealing setting will attract business — aided by the business association's contacts and connections. Three businesses have opened on Joseph Avenue in the last six to eight months, Scheier says: a Hispanic restaurant, a sub shop, and a restaurant that serves soul food and barbecue.

Sherman Dickerson, president of the business association, says that what the area needs most is for people to have an open mind.

"Change is coming and change is here," he says.

The business association's biggest undertaking is the planned remodeling and conversion of an abandoned synagogue at 692 Joseph Avenue. The group wants to turn Congregation B'nai Israel Ahavas Achim into a museum of religion and local history.

The building is easy to miss — set back from the road and hidden behind a tree and a twisted chain link fence. The building is striking: the best surviving example of an early 20th century synagogue in the City of Rochester, and a notable example of early 20th century Romanesque Revival religious architecture, according to Caitlin Meives, a preservation planner with the Landmark Society.

The building has been beset by vandals and bears the scars of neglect, but its potential seems clear.

Scheier says he came up with the idea for a museum to spotlight religion after a marketing study showed that there are 46 churches within a half-mile of his store, Dynamite Dollar.

"People who are a lot smarter than I am about stuff like this said, 'You know what? Maybe make it a museum of history and religion,'" he says. 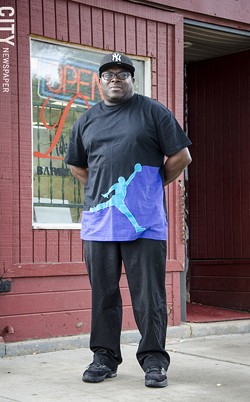 The business association, with guidance from the Landmark Society, got the building declared a local landmark, which is an important step in making the former synagogue eligible for grants to help fund the rehabilitation project.

"Does the business association know anything about landmarks or old buildings? Of course not," Scheier says. "We run businesses; that's what we do. But this developed and we were happy to say, 'OK, we'll take the bull by the horns and run with this one.'"

People often underestimate the costs of running a museum. One-time capital costs are one thing; it's the yearly operational costs that tend to get people into trouble. Dickerson, president of the business association, says that the group will look for investors to help fund the museum.

The group's feasibility study projects that the museum would earn about $26,000 in visitor revenue each year from 2015 to 2017. The study projects first-year expenses to be approximately $514,000. But the projection also includes money from donations and grants.

The banners that the business association put up are attracting attention. A young man sitting outside Dickerson's Barber Shop, owned by Sherman Dickerson, says that what the street needs is more color.

"More flower beds, more bright things," he says. "When I roll down Joseph, it's a nice street. It's not a bad street. [The banners] have definitely made it more colorful."

A woman outside the barber shop says that one of the neighborhood's big problems is large, vacant lots. Joseph has empty plots of land that look to be two and three lots wide.

Scheier says that, ultimately, the goal of the plan is to give people the tools they need to improve their lives — to find jobs, fix up their houses, participate in their community — otherwise, nothing will change.

"Knocking down a house and building a new one is actually an easy thing to do," he says. "But if you still have the same impoverished population, you haven't done anything to help them other than give them a pretty house for a few years."

And the broader community needs to see beyond the horror stories on the nightly news, Scheier says.

"There's so much beauty in the inner city," he says. "There's food beauty, in the sense of ethnic restaurants and food types that you just can't get anywhere else. And it's good stuff...And I think that people would find it's safe to shop in the inner city, and would find enjoyment in coming to the inner city. But like everything else, you've got to put your toe in the water."