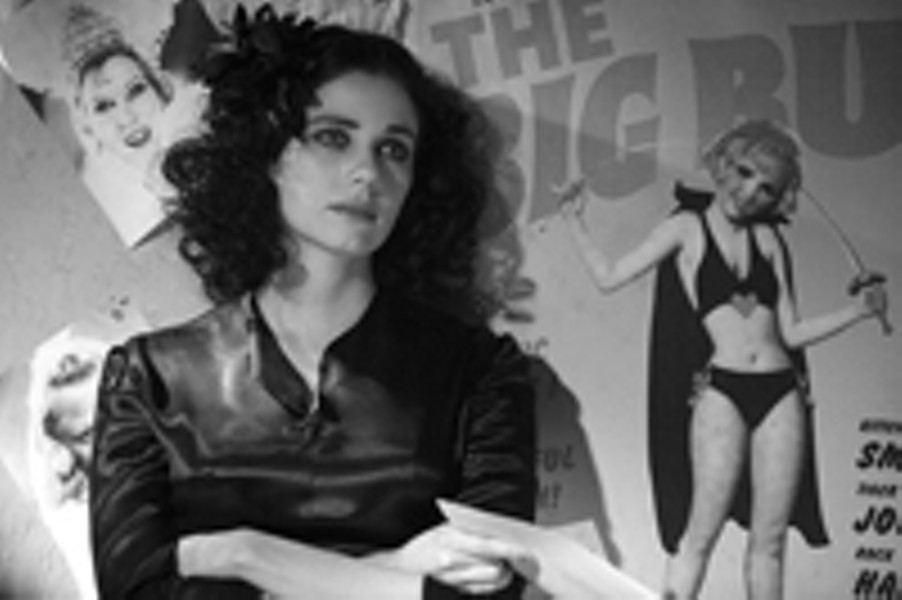 A mystery and a muddle in Hollywood

With its abundance of background and context, The Black Dahlia should attract the attention of a wide audience, ranging from sophisticated students of the cinema to fans of grisly unsolved murders. Based on a James Ellroy novel, the movie deals with the sensational 1947 case of the title, which has inspired a number of true crime books, several novels, and a couple of movies, including the excellent True Confessions of 1981. Its elements of sex, blood, mystery, and Hollywood no doubt appealed to Brian De Palma, a connoisseur of gore and one of the most original directors in mainstream American film, reason to expect a special work of art.

Alas and alack, the movie turns out to be dull and muddled, with more plot than its script can handle and a cast that appears confused by their characters and distrustful of each other. Despite the sort of visual dexterity that De Palma always exhibits, the direction in general seems flaccid and complacent, with a linear, literal approach to its subjects and an almost craven retreat from any genuine thematic resonance.

Uncharacteristically, the director relies throughout on a voice-over narration, frequently an admission of defeat in the face of difficult material. Since the narrator is Josh Hartnett, the voice itself adds virtually no emotion and very little meaning to the story. Hartnett plays Dwight "Bucky" Bleichert, a young detective teamed with Sergeant Lee Blanchard (Aaron Eckhart), a favorite of the district attorney and the newspapers for his success at bringing in criminals. The two, both former boxers, initially become friends through a benefit match staged for publicity and fixed for some important bettors.

After a shootout in which they kill four people, the partners stumble into the murder of Elizabeth Short, a young woman whom the newspapers, inspired both by her habit of wearing a flower in her hair and by the title of a popular movie, call the Black Dahlia. An aspiring actress who resorted to part-time prostitution and performing in pornographic films, she was mutilated, disemboweled, drained of blood, and bisected, probably the most gruesome crime in Hollywood history and therefore a natural for the tabloids, and later, for fiction and film.

Lee almost immediately becomes obsessed with the case, forgetting his other assignments and ignoring the imminent danger from a newly released felon with a score to settle with Lee and his girlfriend Kay (Scarlett Johansson). Bucky's own investigation leads him to a lesbian nightclub where he meets Madeleine Linscott (Hilary Swank), a decadent, promiscuous socialite with ties to the Dahlia. His sexual encounters with Madeleine and his knowledge of her family of rich crazies ultimately lead him to the solution of the mystery.

A number of other plots revolving around the sexually charged trio of Bucky, Lee, and Kay, Lee's involvement with a previous bank robbery and a mob figure, a related case of a murderous pedophile, and the crooked deals of Madeleine's rich father further muddy the waters. Eventually, though most of these apparently unconnected threads of action and character reach some sort of closure, their complications and confusions force a hurried final resolution, ending in a quite unbelievable act of cold-blooded murder.

Despite the presence of De Palma's obvious talent and skill, the picture simply escapes his control, going wrong in more ways than one would think possible. Minor characters suddenly explode into importance with no preparation or credibility; several of the figures look so much alike that the narrator must identify them for the audience, and a number of the final deaths, along with a do-it-yourself cremation, defy any sense of the plausible. The movie keeps promising to end, but the scriptwriter and the director keep tacking on additional scenes, new twists, new culprits.

The performances almost perfectly match the clumsiness of the writing, with some really spectacular failures by just about everyone. Aaron Eckhart plays one loud note of anger throughout, and Josh Hartnett rivals Nicolas Cage in impassivity and weakness; like almost everyone else, his diction is so thick and his voice so faint that a considerable amount of the dialogue is quite incomprehensible. The Black Dahlia seems to have defeated everyone involved in the production, including, alas, so talented and accomplished a director as Brian De Palma.