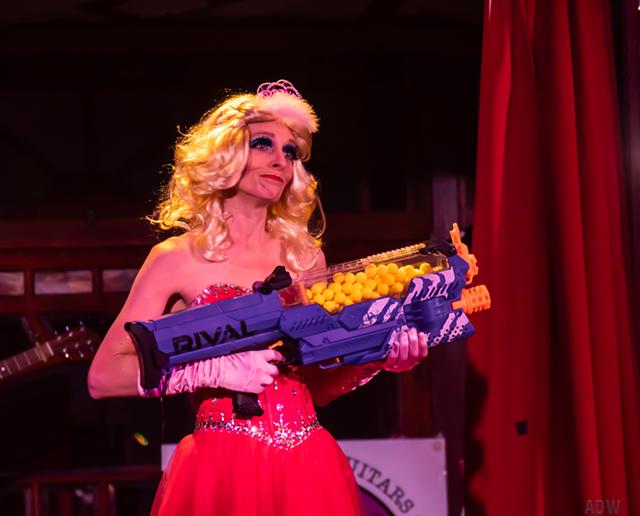 After two years of not being in the Cristal Palace Spiegeltent, walking into the venue this year was like being draped in a rich, warm hug of gold, crimson, and violet. It was a standing-room-only crowd for Wednesday’s “Cirque du Fringe: Afterglow,” the latest iteration of Matt and Heidi Morgan’s centerpiece performance for the 2022 Rochester Fringe Festival.

This year’s circus act-filled extravaganza is hosted by an airy Princess Wendy (Heidi), who is focused on love and positivity with her half of the performers, only to be foiled hilariously by dark master illusionist Rod Raven (Matt) – or “Ronald Reagan” as Princess Wendy rebrands him – and his gang of super dark and sexy villains (their words, not mine).

The hosts fully embrace the absurdity of it all — making for silly and unpredictable interludes between the incredible acts they’ve cultivated. It’s remarkable the talent they’ve discovered year after year. While many acts may have a familiar circus-y theme, each has something truly unique or unexpected. 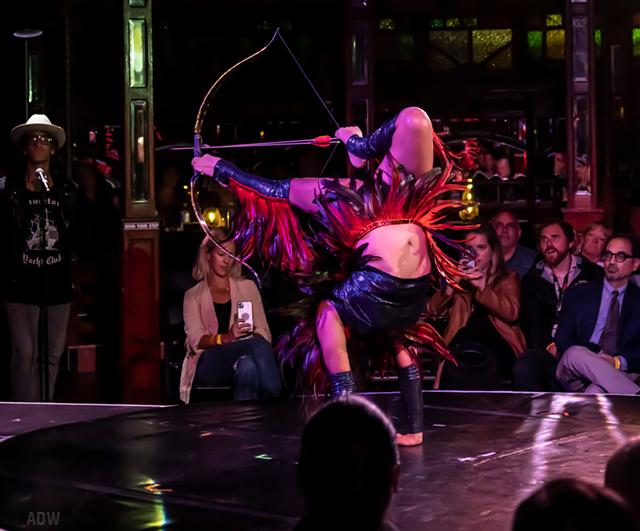 Contortionist Gana Oyunchimeg was truly impressive — combining gymnastics moves with archery in the first act, and balancing a candle on her head while contorting in the second act. I can’t even put into words the pretzel-like knot she managed to get herself into before doing push-ups while balancing the candle on her head. My whole body hurts just thinking about it.

The show even lovingly pits performers against one another — as with jugglers Jacob D’Eustachio and Dario Vazquez — with a battle in the second act. It is dizzying to watch how many objects they hurtle through the air at the same time — balls, clubs, rings, coat hangers, even swords (with a side of sword-swallowing to boot).

Feven Hagopian puts a new spin on the spinning plates act — swirling a giant barrel and even table, sometimes with one foot, all while spinning other objects on her other three limbs. The concentration that requires is astounding to me.

Throughout the show, Matt and Heidi poke fun at traditional magic tricks, including the ‘catching a bullet’ trick, which is largely an excuse for Heidi to hilariously pelt Matt with balls from a Nerf gun. Each artist is accompanied perfectly by LA-based band The Rigs, whose music harmoniously mixes synth-pop with folk and alt-rock. 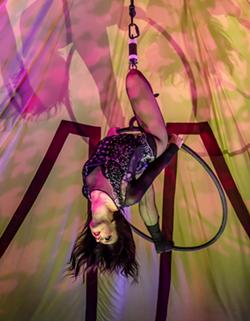 This year’s show is heavy with aerial acts, which does cause “Afterglow” to lose momentum at times. But the artistry on display is magnificent. The performers wrap their limbs in, on, and around everything from giant rings to a pole to chains – dangled precariously above the audience.

Roller skaters Diana Nikuliceva and Yunier Padron close out the show in spectacular fashion — working on a small circle on top of the already small stage. I was silently screaming underneath my mask, terrified Diana would fly loose as Yunier flung her around, as she contorted and spun like a gyrosphere. But as in years past, I am reminded that for all the silliness on stage, each of these performers is a professional who has spent hours of practice perfecting the moves. It’s a testament to each performer’s physical and mental strength to put on such an extraordinary show.

“Cirque du Fringe: Afterglow” will be performed nightly in the Spiegeltent. A special Kids Day matinee on Saturday, Sept. 24 at 2:30pm is suitable for audiences 5 and up. All other shows are rated for 13 and over.