With Oscar night arriving this Sunday, CITY's loyal readers are no doubt waiting with bated breath for the annual "Lubie Awards," a swanky, star-studded affair that gives me the opportunity to hand out Golden Everything Burritos to some of my favorite films and performances of the year. My tastes tend to differ significantly from the Academy's, so "The Lubies" are my chance to honor a few of 2016's most unjustly overlooked contenders.

The astonishingly glitzy ceremony took place this past weekend, as Hollywood's best and brightest crammed into my spacious two-bedroom apartment. Laughs were had, speeches were given, tears were shed, and delicious Mexican food was consumed. Here's a rundown of this year's winners. For a more traditional year-end wrap-up check out my picks for the Best Films of 2016. 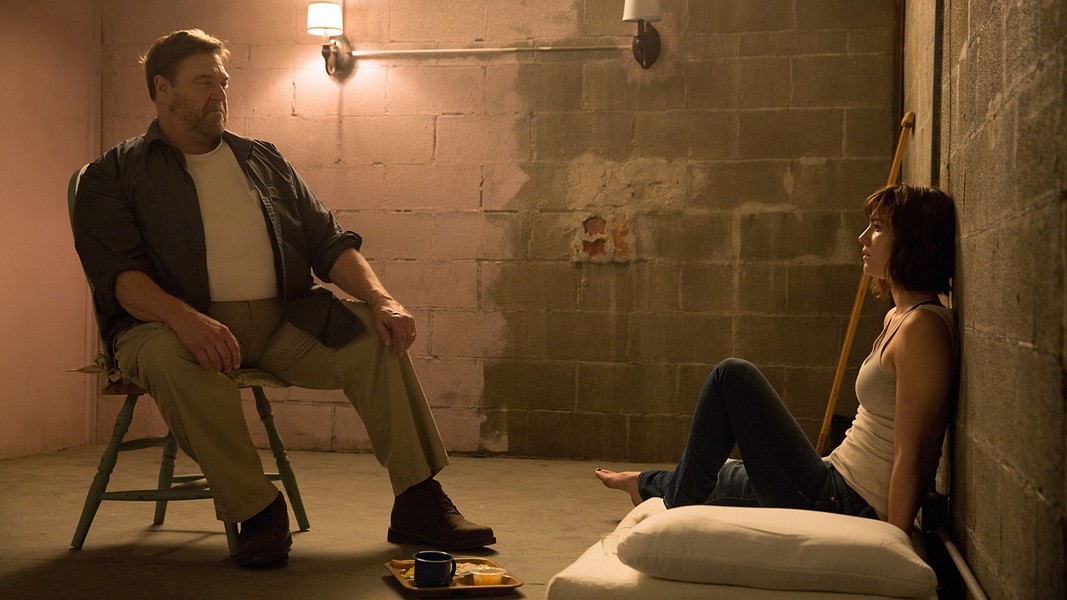 John Goodman delivered one of the year's finest performances in Dan Trachtenberg's "Cloverfield" follow-up. But because his performance came wrapped in a suspense-thriller and not a prestige drama, Goodman has missed out on all the awards season glory. Genre filmmaking hardly ever gets the respect it deserves, which is a shame. As Howard, the conspiracy theorist who kidnaps Mary Elizabeth Winstead's character, Goodman is by turns kindly, menacing, and utterly chilling. It is fantastic work from one of our best and most criminally underrated actors.

Newcomer Lily Gladstone made an extraordinary debut as a shy ranch hand who pines for Kristen Stewart's law teacher in the most moving segment of Kelly Reichardt's melancholic triptych about isolated women struggling to make their way in rural Montana.

British actress Rebecca Hall is phenomenal in this underseen biopic about Christine Chubbuck, the Sarasota, Florida news reporter who famously shot herself on live television in 1974. Hall, with great empathy, puts us inside Chubbuck's head -- a heartbreaking and often desperately lonely place -- and makes it riveting.

In his lovely, open-hearted performance as a poetry-writing bus driver named Paterson, Adam Driver conveys the heart and soul of Jim Jarmusch's Zen-like ode to the inspiration and contentment found in the simple act of living life. 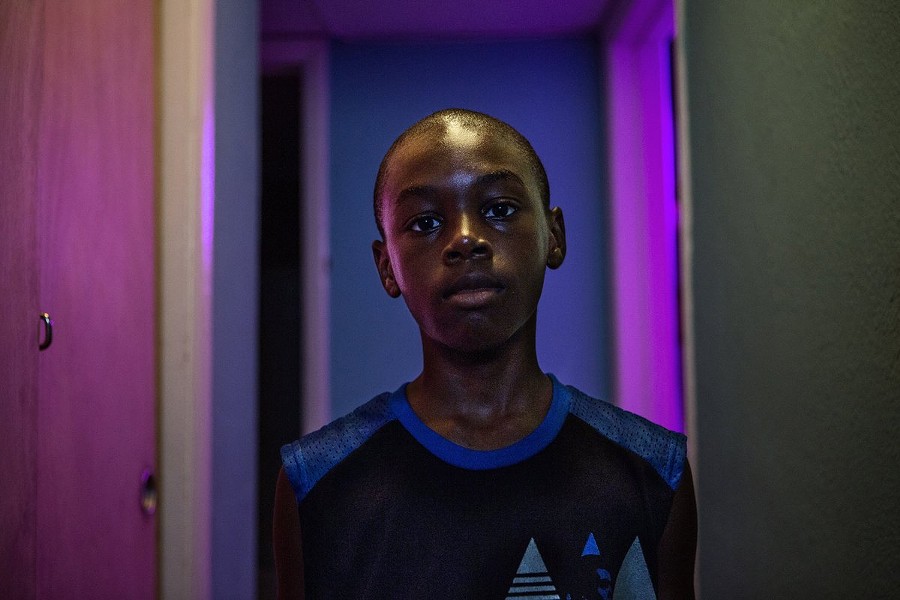 I went back and forth about which performance to reward out of the three immensely talented "Moonlight" actors who portray the film's protagonist at different stages of life: childhood, adolescence, and adulthood. But each performance is so inextricably linked to the others that it seemed impossible to choose one, so I decided to just make it easy on myself and give them their own award.

She Can Do Anything: Janelle Monáe

Having already proven herself to be a dazzlingly gifted singer, Monáe transitioned into screen acting with ease, and gave terrific performances in not one but two of this year's Best Picture nominees, "Moonlight" and "Hidden Figures." With those films, she instantly proves herself to be a bonafide movie star.

Wouldst thou like to live deliciously? I certainly would, and it's all thanks to the spectacularly well-cast goat (named Charlie in real life) who dominates the screen in Robert Eggers' terrifying New England folk tale.

Most Adorkable Crush: Hayden Szeto, "The Edge of Seventeen"

No other actor made me swoon nearly as much as Szeto, playing Hailee Steinfeld's sweet, nerdy, and unlikely love interest in Kelly Fremon Craig's delightful teen comedy.

Told Ya So: Alden Ehrenreich

Not to get all hipstery about it, but I've been singing the praises of actor Alden Ehrenreich since his solid work in the otherwise forgettable 2013 teen fantasy, "Beautiful Creatures." But with the attention he received in the Coen Brothers' Hollywood satire "Hail, Caesar!" -- followed swiftly by landing the role of young Han Solo in the upcoming "Star Wars" film -- it seems like Hollywood has finally caught up.

Emma Stone and Ryan Gosling made a great team in "La La Land," but for my money, the year's most unexpectedly joyous and indelible onscreen boogying came from Ralph Fiennes as he performed some sweet dad dance moves to The Rolling Stones' "Emotional Rescue" in Luca Guadagnino's sun-dappled "A Bigger Splash."

Again, all due respect to "La La Land," but my favorite original songs this year all came from John Carney's adolescent rock stars in "Sing Street," and the Lonely Island's pop music mockumentary, "Popstar." Inexplicably, neither film managed to break their way into the Original Song category at the Oscars, which is a travesty.

Whenever I've needed a jumpstart to get me through a particularly sluggish afternoon, I just pop on Matthew Margeson's fantastic score to "Eddie the Eagle." Never underestimate the motivational power of 80's-style synths. 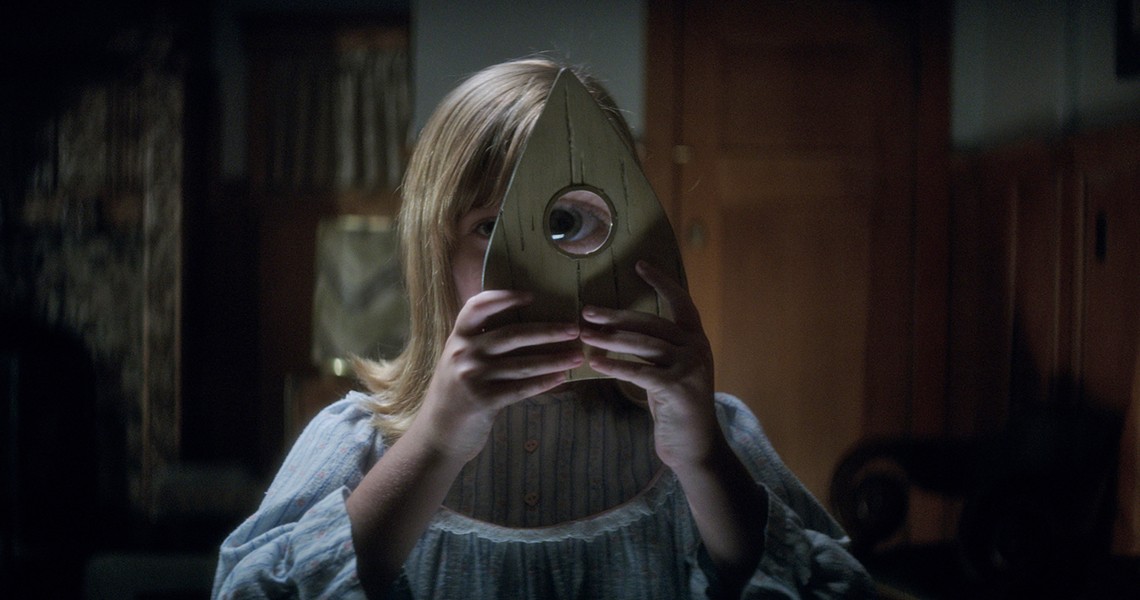 Not all Studio Horror Sequels Suck: "Ouija: Origin of Evil"

I don't think there's a genre more prone to sequel fever than horror, but for some reason it often proves difficult for directors to get lightning to strike twice. Tasked with expanding on 2014's "Ouija," a critically-reviled fright flick based on the popular board game, Mike Flanagan managed to knock it out of the park. This evil had origins that were smart, scary, and delivered with plenty of imagination.

The most intriguing debut of the year came from Anna Rose Holmer and Royalty Hightower, the director and star of this enigmatic coming-of-age tale about Toni, a tomboyish 11-year-old boxer, and the mysterious affliction that begins to affect the girls at the community center where she practices. I saw the film back during its summer run, and I haven't stopped thinking about it since.

If you've seen Zack Snyder's gloomy superhero epic, you know exactly the scene I'm talking about. One of Hollywood's most talented actresses faces off against a jar of urine, as Holly Hunter's stubborn senator becomes the victim of Lex Luthor's most bewildering intimidation tactic. It's ... certainly something.

Villain of the Year: Grief

Death and loss have always been fruitful subjects to build stirring drama around, but in 2016, so many filmmakers dug into the grieving process that it started to seem like Hollywood might be a little depressed: "Manchester by the Sea,""Jackie," "A Monster Calls," "Arrival," "Collateral Beauty," "Captain Fantastic," "The Invitation,""Kubo and the Two Strings"... I could go on. The trend lent itself to some great movies, but hopefully things will be looking a bit brighter by this time next year.

Check back on Friday for additional film coverage, including a review of "Bitter Harvest."