When Seabreeze Amusement Park (4600 Culver Road, Seabreeze.com) opened to the public on August 5, 1879, as the last stop on the steam railroad, its main draws were picnic groves on the lakefront. Its picturesque landscape made the location popular. As result, the park began adding rides by the dozen in 1900, shaping the future of Seabreeze for decades to come.

Today, most of us know the park as a staple of summer fun. However, there's a rich history behind Seabreeze that has defined the attraction so well-loved by Western New York residents. We spoke with Seabreeze vice president John Norris — whose family has owned the park for generations — to learn more of the little-known facts. Take in these 10 fun facts about the park before your next trip to the popular summer haunt.

1. Seabreeze is the 4th oldest amusement park in the United States and the 12th oldest in the world. It is also the oldest family owned and operated park in the country. The attraction began as a recreation stop at the end of the railroad line, with scenic views of Irondequoit Bay and Lake Ontario. As its popularity grew, rides were added beginning in 1900 — including a carousel from the Long family, Norris's relatives and carousel concessionaires from Philadelphia. 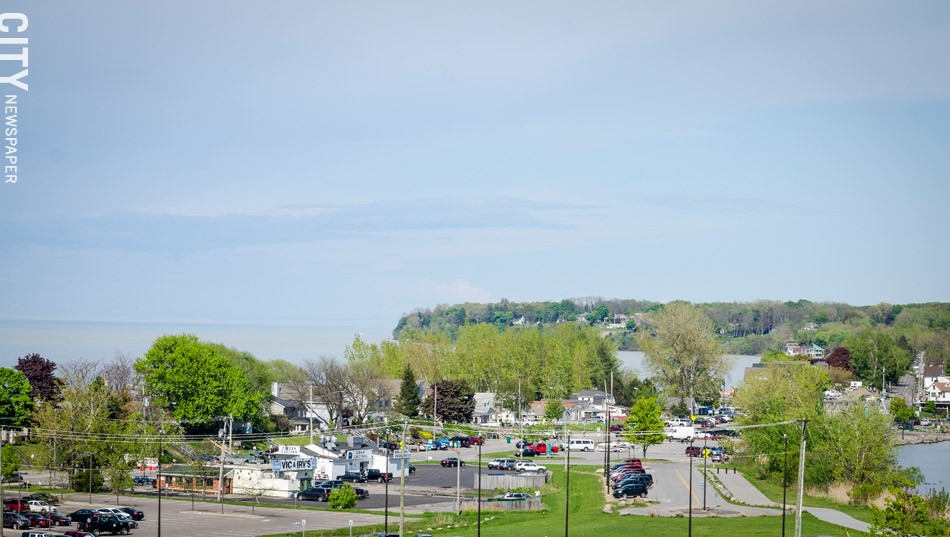 2. The Long family has owned Seabreeze for generations, and they still don't mess around when it comes to building carousels. In 1994, a fire took down much of the northeast side of the park — including the carousel, an arcade building, fun house, and shooting gallery. Rather than buy a new carousel, the family decided to make their own. They purchased an old wooden platform and used it as a template for the new ride. A true labor of love with hand-carved and hand-painted pieces, the new carousel took two years to complete and opened in 1996. It's the family's 7th carousel, and a high-wattage attraction at Seabreeze — the carousel has 1,170 light bulbs. 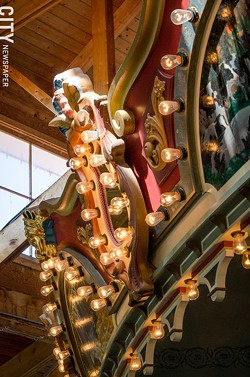 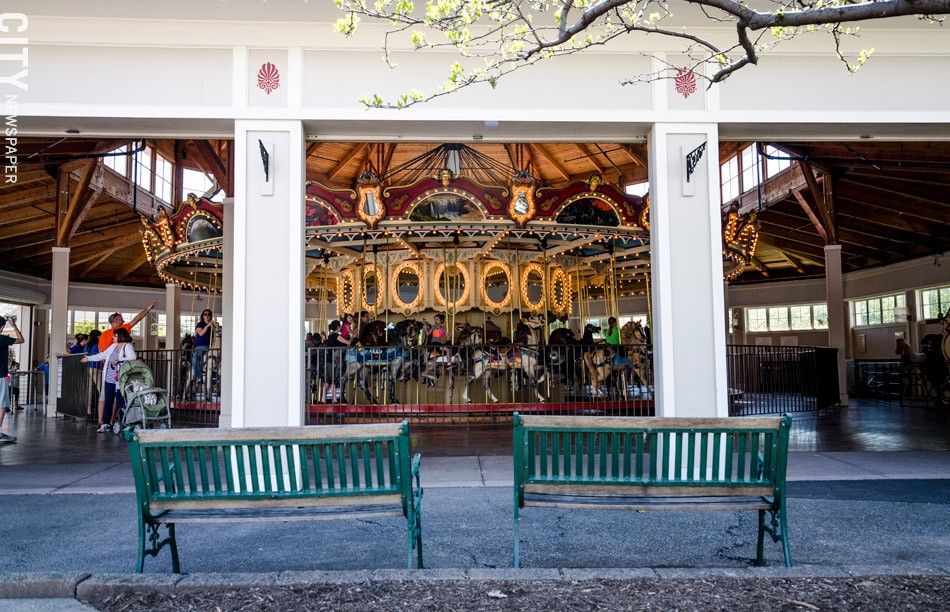 3. The Jack Rabbit, a wooden roller coaster that was the fastest in the world at its opening in 1920, is the oldest continuously-operating coaster in North America. Norris describes riding the Jack Rabbit as a "rite of passage for kids in Rochester when they hit 48 inches [tall]." When the coaster first opened, riders were asked to pay as they left the ride. Look in the overhead rafters for the original sign that reads "Pay as you leave." 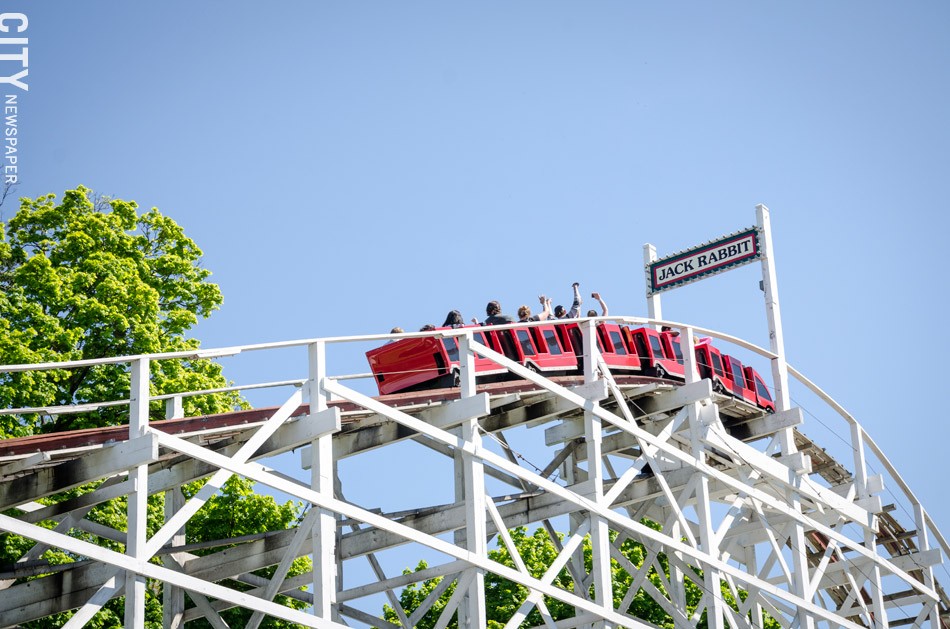 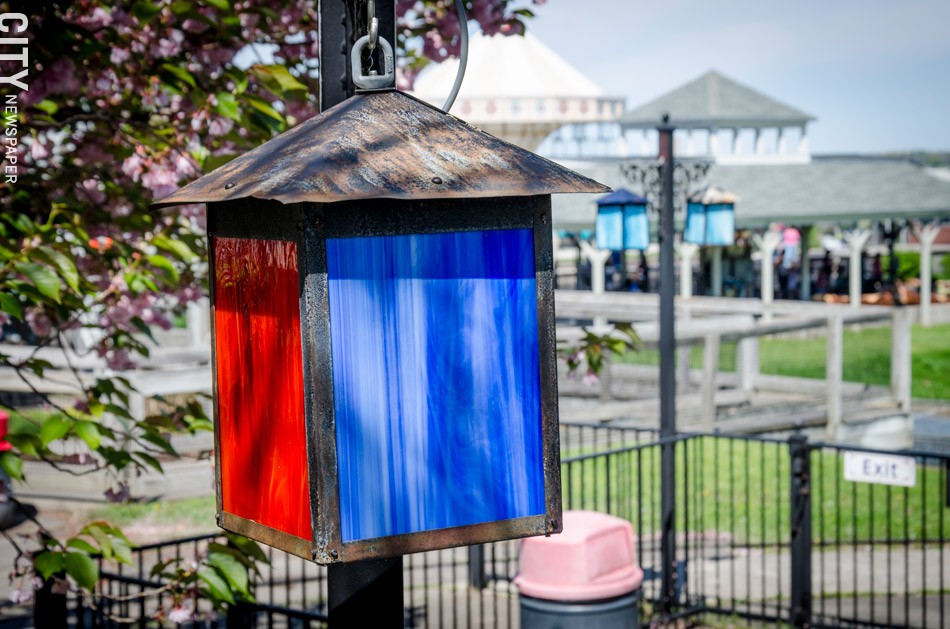 4. As the park continues to grow and change, Seabreeze finds ways to pay tribute to its history. For example, the park has repurposed lanterns from a popular 1920's attraction called the Virginia Reel, a group ride that was designed to spin guests silly. The original lanterns from the ride are now hanging in the train station. Similarly, the building that currently houses the bumper cars was once the loading station for the 1916 Greyhound roller coaster, which was the park's second coaster. 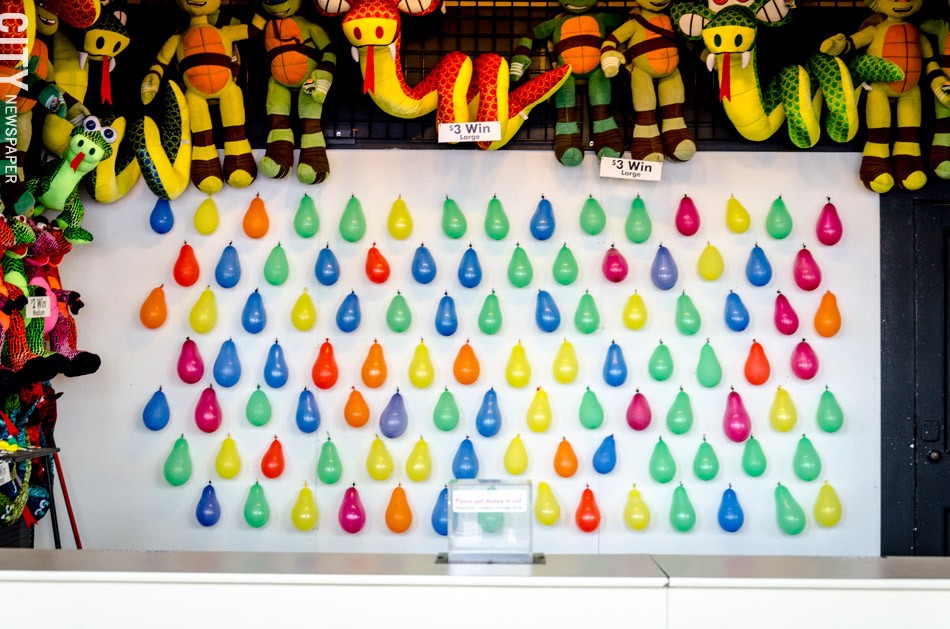 5. When Seabreeze can't reuse pieces of former attractions, they pay tribute to the past in subtler ways. The song "Fire On High" by the Electric Light Orchestra is included in the audio mix on the Music Express — a tribute to the forgotten Gyrosphere, a ride that featured the song. The Gyrosphere was a favorite of park-goers in the mid-1970's. The "scrambler" type attraction was housed inside an inflatable dome and featured a sight and sound show that would play for its duration. The Gyrosphere was another in-house project, homemade by the family. It was later replaced by the Music Express to increase capacity — it can hold at least double the Gyrosphere's small capacity of 24 riders at a time.

6. Other rides have been inspired by famous attractions at major parks. Norris's grandfather, George Long, was the owner of the park in the 1960's. He took a trip to Disneyland, saw the tubular steel design of the park's Matterhorn attraction, and said "I want to do that." At the time, there was a two-level junior coaster on the site of what is now the Bobsleds attraction. When Long returned from Disneyland, he added a third level to the coaster, inspired by what he had seen in California. According to Norris, the tubular steel gives the coaster a "compact, zoomy feel."

7. In addition to dry rides, Seabreeze is also home to a water park that has become a big hit among guests. "People wait [until July] to come to the park for the water," Norris says. Seabreeze added its first water slide in 1986, and has continued to add new water attractions every year since. The park now boasts speed slides, a lazy river, kiddie slides, tube slides, and much more — including a wave pool that holds over 260,000 gallons of water.

8. Seabreeze's popular sugar waffles are a summer staple for many Rochesterians, and the park doesn't skimp when it comes to making them. Each season, 1,620 eggs are used in the making of those waffles. If frozen treats are more up your alley, each summer, 2,946 gallons of Dippin' Dots are consumed at Seabreeze.

9. Seabreeze is Rochester's largest summer employer, and also Rochester's largest caterer. According to Norris, the park has a year-round staff of 30 people and boasts 800 employed each summer. Its summer staff is predominantly made up of high school and college students, but ranges in overall age from 16 to 60. Seabreeze is also the location of summer parties and picnics for some of Rochester's biggest and most esteemed entities, including Xerox, URMC, and Paychex. The park features 15 picnic rows, 4 or 5 of which are open for public rental where guests can cook their own food. 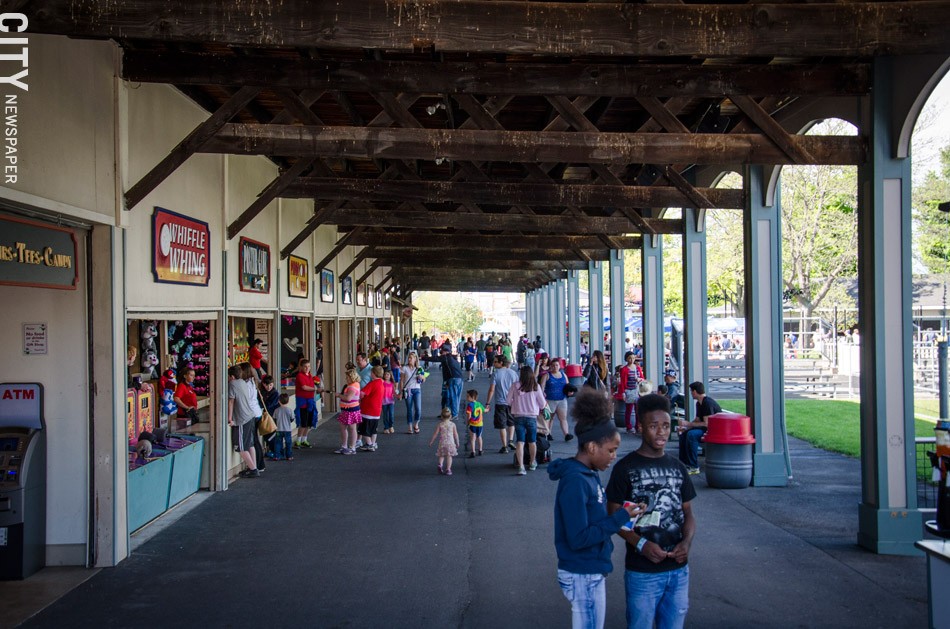 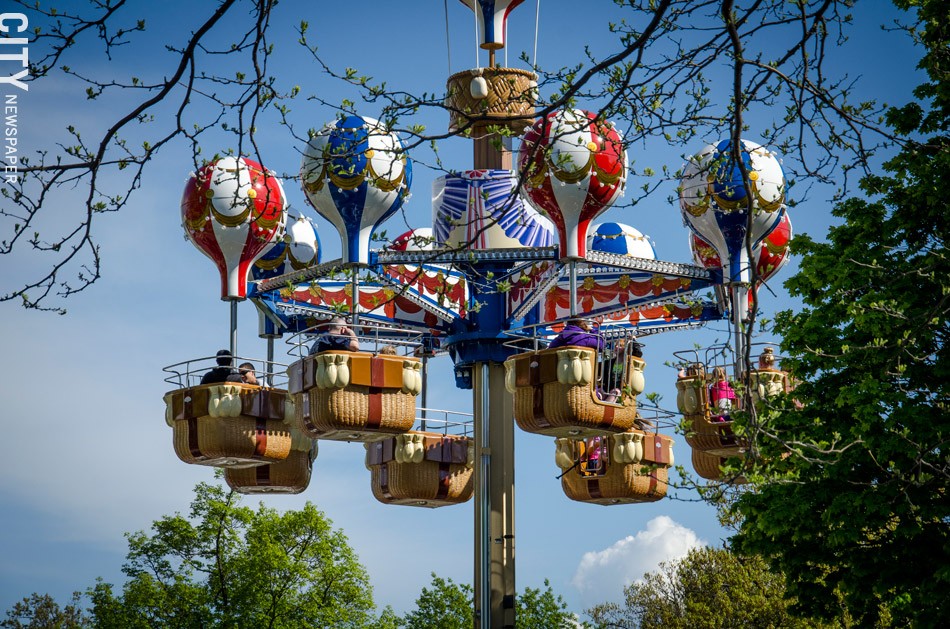 10. Norris says there's "always something new going on" at Seabreeze, and this season is no exception. The park will open two new attractions this summer: The Wave Swinger and The Balloon Race. Both rides will take guests up high — to 36 and 42 feet, respectively. Seabreeze has also updated its Kiddie City, providing enhanced rides and new themes for its little guests.

Seabreeze is now open for the summer. Buy tickets online and plan your visit at Seabreeze.com.

What do you love about Seabreeze that we didn't include in our list? Tell us online at Rochestercitynewspaper.com. 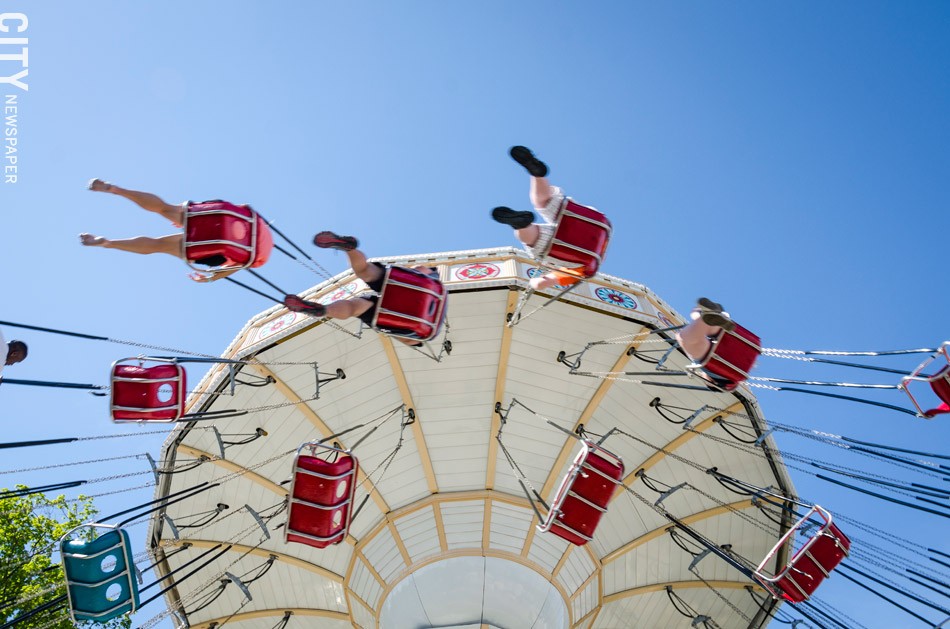 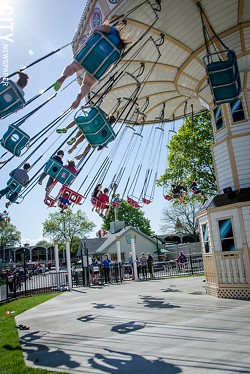 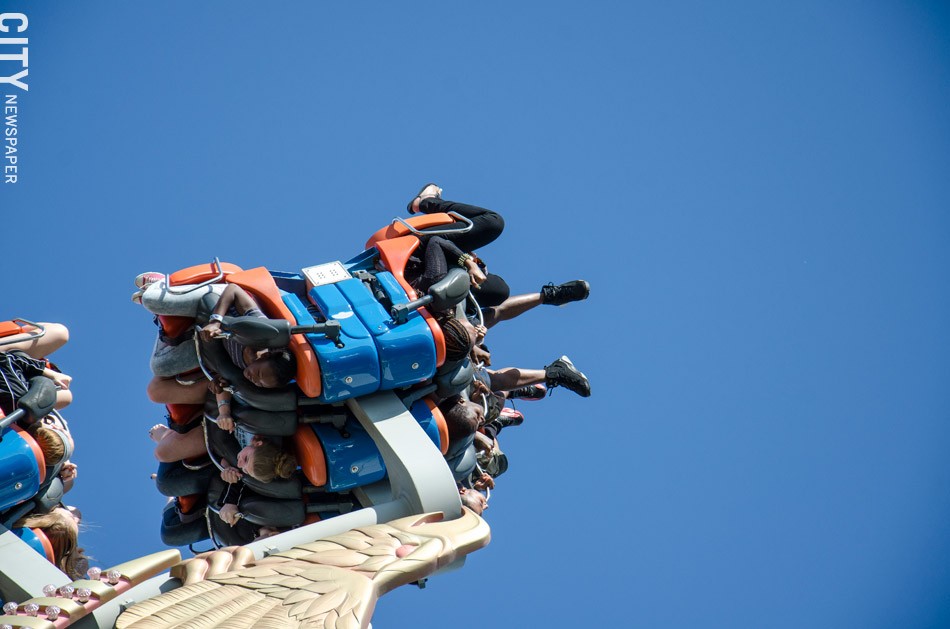 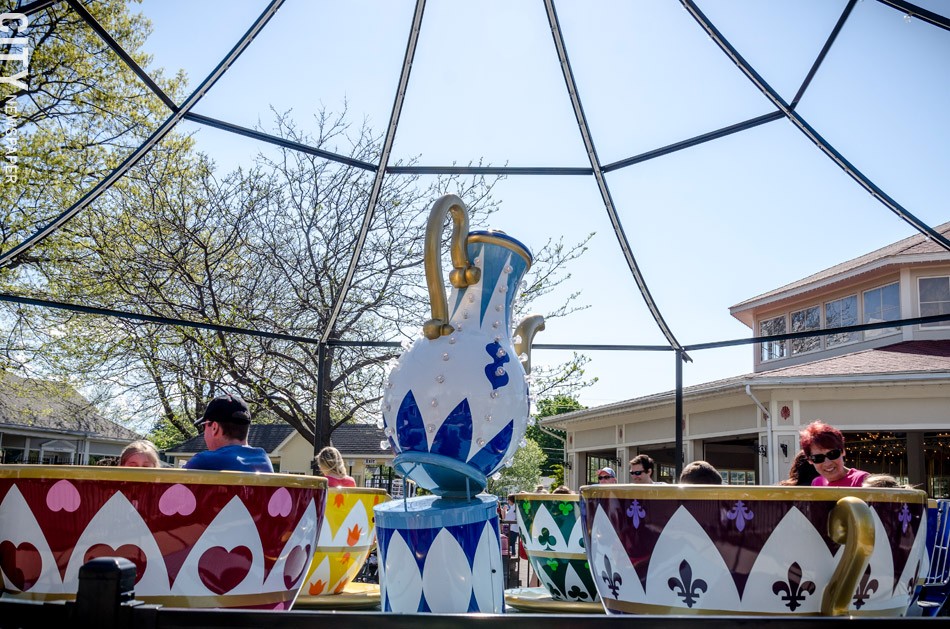 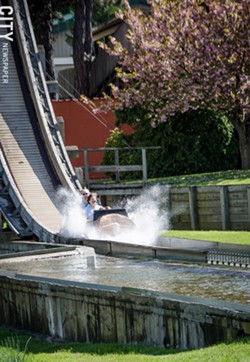