May 28, 2020
Ted O’Brien, a former New York state senator and current assistant state attorney general for the Rochester region, was released from the hospital on Wednesday after a nine-week fight against COVID-19 that at times appeared perilous.

O’Brien, who entered Rochester General Hospital on March 24 and was later moved to Unity Hospital in Greece for his rehabilitation, endured three weeks on a ventilator in a medically induced coma.

His harrowing story of illness to recovery is one of hundreds locally, of course. But his prominence in the community and early contraction of the disease made O'Brien an identifiable face of the pandemic.
Outside Unity Hospital, O'Brien told reporters his recovery had to start with the basics, beginning with learning to breathe on his own again so he could be weaned off the ventilator. He also had to relearn how to swallow.

“After being in a coma where all the muscles in your body are paralyzed, you have a great amount of atrophy of your muscles," O'Brien said. "And, so after I came out of the coma, I couldn’t even roll over, much less stand or take a step.”

Demonstrating the extent of his recovery O’Brien stood up and walked the few steps to the family car waiting at the curb. With a smile, a wave and a thumbs-up — and a couple toots of the horn by his wife, Sue, at the wheel — the O’Briens headed home to Irondequoit. 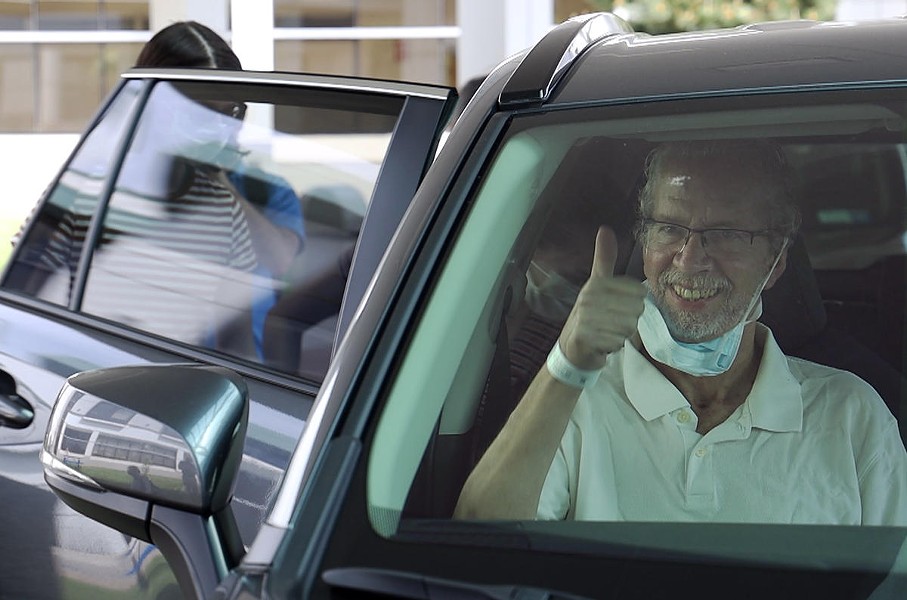 O’Brien’s recovery will continue at home, said Dr. Cecilia Ransom, who worked with him through his rehabilitation at Unity. Ransom echoed the comments of doctors at the University of Rochester Medical Center, who have said that the newness of COVID-19 means clinicians are still learning about how best to treat it.

“We’ve learned from Ted and his family. We learn from what’s happened in New York City and around the world,” Ransom said.

Ventilators are not a cure for COVID-19. They buy time for the patients’ bodies to fight off the virus. Ransom said that’s what happened for O’Brien.

“This is a success story,” she said. 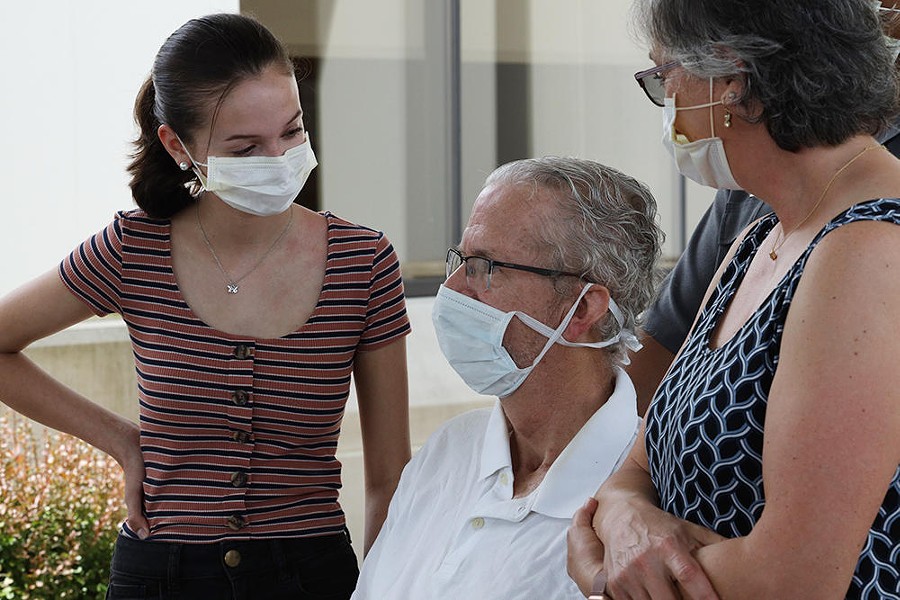 Sue O’Brien, who had her own bout with COVID-19 and chronicled her husband's story in social media posts, recovered at home.

As she picked her husband up at the hospital, she urged people to continue with the steps that public health officials say have prevented a surge in COVID-19 cases locally.

Brett Dahlberg is a health reporter at WXXI News, a media partner of CITY. He can be reached at bdahlberg@wxxi.org.