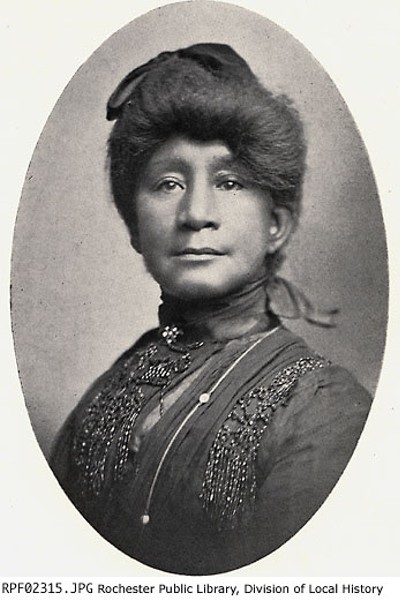 Join us for an afternoon with Mrs. Jeffrey (portrayed by Robin Nowell) and learn more about her fascinating life as an advocate for the causes of education, suffrage, and equality. Mrs. Jeffrey was heavily involved in efforts to erect a bronze statue of Frederick Douglass in Rochester and was tireless in her efforts to organize African American women, founding the Susan B. Anthony Club for Colored Women in 1902 and serving as its first president.