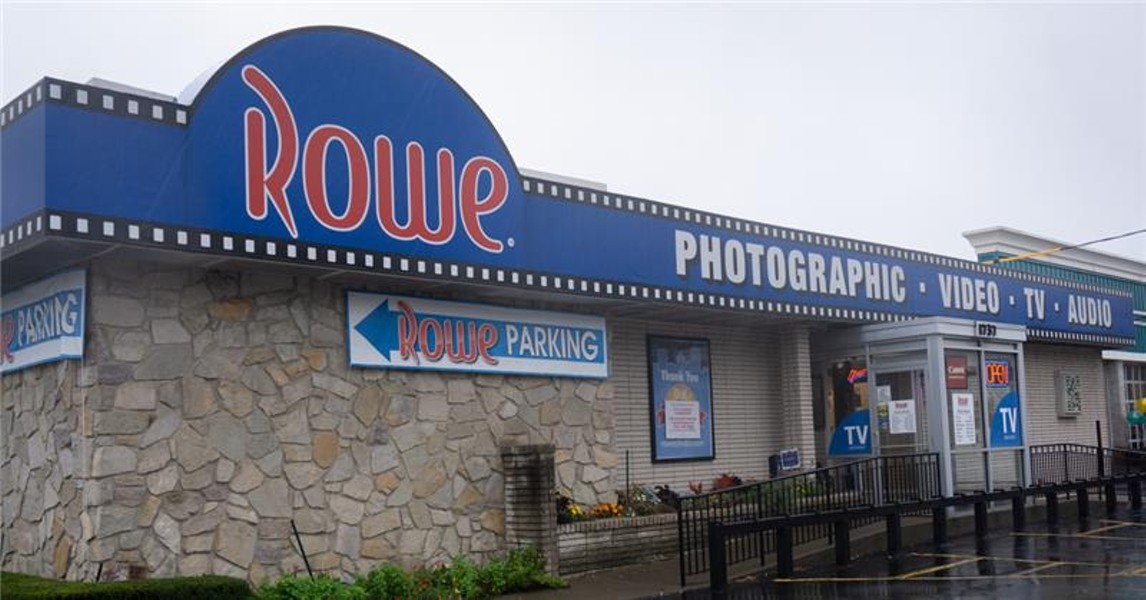 PHOTO BY GINO FANELLI Rowe Photo on Mt. Hope has been operating in the same location since 1969. It may soon be replaced by a Taco Bell.
A Taco Bell could replace a longtime Rochester photography business on Mt. Hope Avenue, under a proposal being considered next month by the City Council.

Council members are slated to vote Nov. 9 to rezone two properties located behind Rowe Photo, Video and Audio that make up the parking lot the shop has used at the location since 1969.

The applicant for that rezoning, Hospitality Syracuse, Inc., is a franchise management company that operates Taco Bells across New York. The Taco Bell would be the first within the city limits.

A call to Hospitality Syracuse was not immediately returned, but notes from a city Zoning Board meeting in October show the plan involves demolishing Rowe and two houses, one on Shelbourne Road and the other on Elmerston Road. The planned restaurant would be a 2,000-square foot facility featuring a two-lane drive-thru, according to the application.

“This is not a cookie cutter Taco Bell that is being proposed,” Betsy Brugg, an attorney representing Syracuse Hospitality, said at the meeting. “We’re including screening and landscaping, pedestrian accessibility, addressing pedestrian safety and balancing the pedestrian experience with the needs (of) automobiles as called out by the comprehensive plan. We have adequate infrastructure.”

The minutes from that meeting also noted that several residents expressed concerns with noise and traffic potentially generated by the Taco Bell.

Rowe Photo owner Richard Rowe confirmed in a phone interview on Tuesday that Taco Bell had made him an offer for the building, but said details need to be worked out. Among them, he said, is cleaning up the property, which sits on the site of what was once a gas station.

“Sometime in my lifetime the property has to be cleaned up, which means the building has to go away,” Rowe said. “So Taco Bell made us an offer, however, there’s a lot of things we have to jump through to get approvals.”

Rowe Photo was founded in 1898 by Rowe’s grandfather, Charles Rowe, originally as a shop specializing in cameras and bicycles. For decades, the company was split into two businesses; a retail shop under the name “Rochester Camera Exchange” and a commercial photo studio called “Rowe Commercial Photographers.”

The studio portion of the business was eventually sheared off, and today the shop offers a broad array of cameras, photo gear, high-end audio equipment, and televisions. A second location, Scott’s Photo by Rowe, is on East Avenue.

Rowe declined to comment on the future of the business and whether the current building would be relocated.

Rowe said he was unsure when any concrete moves might be made.

“We don’t know how long this is going to take,” Rowe said. “It looks like it’s going to be going into next year.”