Swingin' on the DL 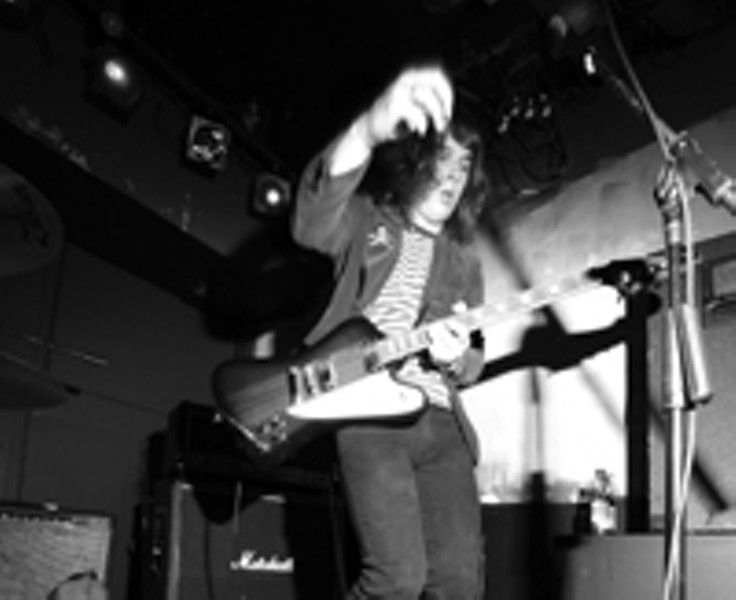 Goddammit. This town seems to follow the herd more than the heard. Seems to me, too many people are too lazy to indulge in music beyond what was playing the year they graduated high school.

You walk into a joint like the Montage on Saturday to see the legendary David "Fathead" Newman and it's a ghost town.

Where were all the khakis who clamored and clogged downtown a few weeks ago to dig the bop? I mean Fathead, man. C'mon. OK, so yeah, he was the cat that turned Brother Ray on, but that was a long time ago. Here was living history from rock 'n' roll's infancy in front of 20 people.

But enough pissin' and moanin.' Newman's early set was short, mellow and sweet. It got light and airy when he picked up the flute but I particularly dug his saxo-honk. He worked gently around standards like "These Precious Things" and a slightly exploratory take on "Georgia On My Mind." His band swung on the DL, letting fly whenever they got the nod. Guitarist Mel Henderson chopped nicely through pretty rhythm changes before sending a coupla mean leads skyward. I wish more cats would follow his lead and use more reverb. You can never have enough reverb.

Meanwhile, the same night the Bug Jar was sparse, too, when St. Phillip's Escalator played monstrously epic and big. They blasted out heavy British-blues rock --- splashed it on the wall, along with the brains of those in front. The band has gained some on-stage intensity and cockiness since I last saw them. Their set was brash and mean, recalling bands that twisted the blues with hard drugs and heavy (pre-metal) rock long ago. Admittedly, at this point this type of rock is pretty derivative. But somehow it never gets old. I hope it dies before that...or I hope I do.