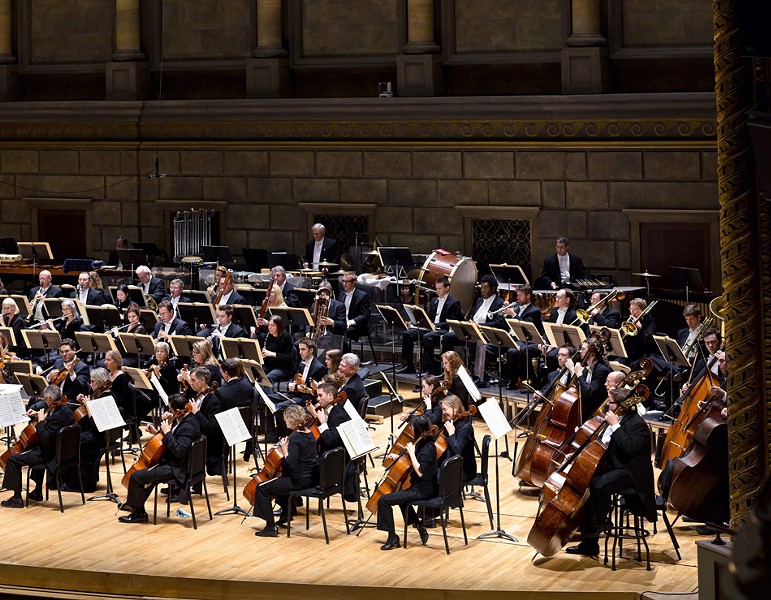 Jennifer Higdon’s Harp Concerto, featuring the classical harpist Yolanda Kondonassis, won for Best Contemporary Classical Composition. Kondonassis, an Oklahoma native, is perhaps the most-recorded harpist on the classical scene today. The RPO and Stare were featured on the recording. The RPO was one of several orchestras that  commissioned the Harp Concerto. The world premiere of the piece was in 2018 at Kodak Hall at Eastman Theatre, in a performance featuring Kondonassis.

Yolanda Kondonassis and Ward Stare had also been nominated for Best Classical Instrumental Solo, but the winner in that category was: Marsalis: Violin Concerto; Fiddle Dance Suite.

Ludwig served as the mastering engineer on The Kronos Quartet’s recording of Terry Riley’s “Sun Rings,” which won for Best Engineered Album, Classical. Sunny Yang, another Eastman grad, is a cellist with the contemporary classical ensemble. In all, the 75-year-old Ludwig had a hand in four Grammy nominations this year, including Best Engineered Album for his work on R&B artist Emily King’s “Scenery.” Ludwig, whose Gateway Mastering Studios is based in Portland, Maine, has worked on an estimated 1,300 albums, including releases by Bruce Springsteen, Led Zeppelin, and Paul McCartney.

The wins for Higdon's Harp Concerto and “Sun Rings” were announced at a ceremony before the televised Grammy Awards were held later in the evening at the Staples Center in Los Angeles.

Paul O’Dette — an Eastman professor, lutenist, and a previous Grammy winner  —was nominated for Best Opera Recording for his work as conductor with Stephen Stubbs for “Les Arts Florissants; Les plaisirs de Versailles,” a collection of works by the Baroque-era composer Marc-Antoine Charpentier.

Also, about a hundred supporters of the RPO attended a party on the RIT campus Sunday night to celebrate the Grammy award. RIT President David Munson used the occasion to announce that plans for a Performing Arts Center on the campus were moving forward. He said that RIT has the funding in place for an 850-seat theater and is beginning to fund-raise for a larger, 1,500 seat theater. Sunday's celebration was held at RIT’s MAGIC Spell studios.