Beyond Batman: Thoughtful summer flicks to counter the barrage of would-be blockbusters

So here's how it works: I peruse the list of summer releases, then spotlight the ones that pique my curiosity. Sure, it's completely arbitrary, but since I'm never the only person in the theater, I have to assume others are interested in these flicks as well. You'll notice, though, that with the exception of our ass-kicking 16th president, there's a dearth of superhero representation on this list, since the world needs no more ink spilled on the Dark Knight, and I basically don't care about the Spider-Man reboot. Actually, does anyone?

Read on, however, for a look at a bevy of fascinating indies, new works by established masters, and, of course, some brainless escapism, because kinetic action and obscene teddy bears are impossible to resist. A couple things to remember: the abbreviation "ltd." means that Rochester audiences will need to be a little patient, and, as always, release dates are subject to change. 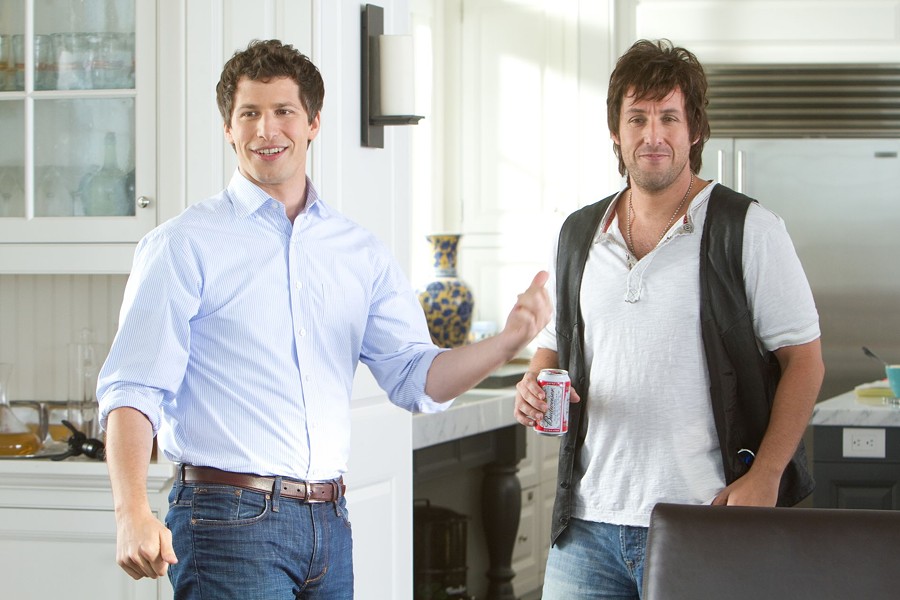 "That's My Boy" Inspired casting, Part 2: Adam Sandler and Andy Samberg play a heavily backstoried father and son in this raunchy comedy about a 40something playboy who tries to reestablish a relationship with his adult kid. With Leighton Meester, James Caan, and the usual parade of cameos. (6/15)

"Brave" Finally, from Pixar Animation, a heroine: Kelly Macdonald (HBO's "Boardwalk Empire") voices Merida, a willful Scottish princess who must rely on her archery skills to undo a curse brought about by her reckless defiance. Also showcasing the talents of Billy Connolly, Emma Thompson, Craig Ferguson, and, of course, John Ratzenberger. (6/22)

"Seeking a Friend for the End of the World" The directing debut of screenwriter Lorene Scafaria ("Nick and Norah's Infinite Playlist") features the odd-couple pairing of Steve Carell and Keira Knightley in a road-trip tale about a man who goes looking for an old flame with his neighbor in tow and an asteroid threatening their planet. (6/22)

"Lola Versus" Current cinema darling (and potential heir to the Meg Ryan throne) Greta Gerwig follows up Whit Stillman's "Damsels in Distress" with this romantic comedy about a jilted bride-to-be who tries to come to grips with her singledom as she closes in on 30. Look for Bill Pullman and Debra Winger as Lola's hippie parents. (6/29) 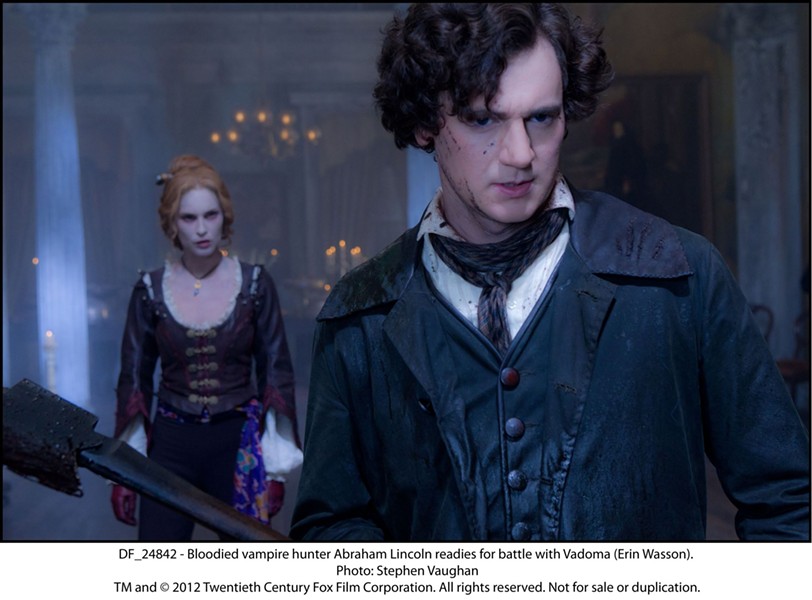 "Magic Mike" The prolific Steven Soderbergh returns with a rather un-Soderberghy comedy that features Channing Tatum as the title character, an experienced stripper who shows a new guy the ropes while he contemplates his own non-gyrating future. Co-starring Alex Pettyfer and Matthew McConaughey. (6/29)

"Take This Waltz" Michelle Williams, Seth Rogen, and Luke Kirby are the trio at the heart of the second feature from writer-director (and sometime performer) Sarah Polley, a summer-in-Toronto drama about a happily married woman who develops feelings for the artist living across the street. (6/29 ltd.)

"Savages" Oliver Stone is back in violent action territory with this adaptation of Don Winslow's novel about two California marijuana growers (Aaron Johnson and Taylor Kitsch) who take on the Mexican drug cartel that snatched their shared girlfriend (Blake Lively). With Salma Hayek, John Travolta, and Benicio Del Toro. (7/6) 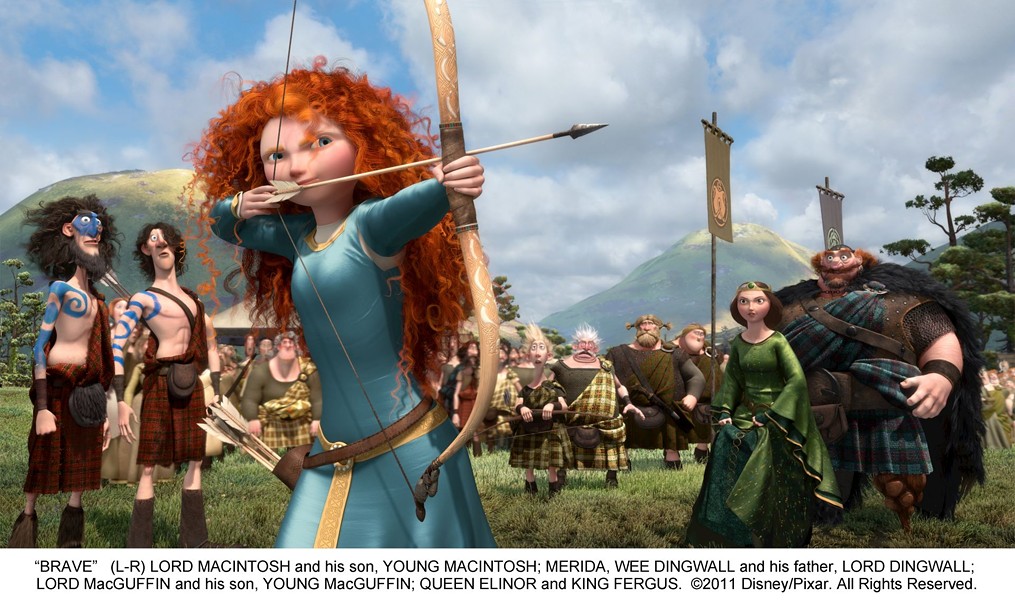 "Easy Money" Not a remake of the Rodney Dangerfield classic, but an acclaimed 2010 Swedish crime-drama getting a proper American release, with Joel Kinnaman (AMC's "The Killing") as an economics student who starts slinging cocaine in order to finance an upper-class lifestyle. (7/13 ltd.)

"Red Lights" Cillian Murphy and Sigourney Weaver play skeptics in this Rodrigo Cortés thriller, their efforts to find rational explanations for paranormal activity pitting them against world-renowned mentalist Robert De Niro, who appears to be the real deal. (7/13)

"Ted" This profane comedy from "Family Guy" creator Seth McFarlane envisions what happens when one of those moviemaking clichés -- the talking stuffed animal -- grows up along with the boy who wished him into existence. With Mark Wahlberg, Mila Kunis, and McFarlane himself as the voice of Ted. (7/13)

"Beasts of the Southern Wild" The winner of the Grand Jury and Cinematography Prizes at Sundance 2012 is Benh Zeitlin's bayou fable centered around 6-year-old Hushpuppy (newcomer Quvenzhané Wallis), on a mission to find her mom after environmental changes cause her dad to fall ill... and unleash a gaggle of prehistoric creatures. (7/20)

"Ruby Sparks" Co-directors Jonathan Dayton and Valerie Faris follow up 2006's "Little Miss Sunshine" with this romantic fantasy about a novelist (Paul Dano, "There Will Be Blood") whose infatuation with a character he created brings her to life. Co-starring Antonio Banderas, Annette Bening, and screenwriter Zoe Kazan as Ruby.(7/25 ltd.)

"The Watch" Ben Stiller, Vince Vaughn, Jonah Hill, and Renaissance man Richard Ayoade lead the cast of this comedy, co-written by "Superbad" scripters Seth Rogen and Evan Goldberg, about a group of suburban dads whose neighborhood patrol battles aliens hoping to take over the Earth. (7/27)

"2 Days in New York" Julie Delpy's sequel to her comedy "2 Days in Paris" finds Marion raising her child from a previous relationship with boyfriend Mingus (Chris Rock) and dealing with the onslaught of her visiting family as they holiday in the Big Apple. Plus: Vincent Gallo cameos! (8/10 ltd.)

"The Odd Life of Timothy Green" With a story courtesy of Ahmet Zappa, this comedy-drama from writer-director Peter Hedges ("Dan in Real Life") stars Jennifer Garner and Joel Edgerton ("Warrior") as a childless couple who bury their hopes in a box and are understandably surprised when a 10-year-old knocks on the door claiming to be their son. (8/15)

"Little White Lies" This 2010 ensemble piece by French filmmaker Guillaume Canet ("Tell No One") gets a second lease on life presumably thanks to newly minted Oscar winner Jean Dujardin, part of an all-star French cast -- including Marion Cotillard and François Cluzet -- telling a "Big Chill"-esque story about vacationing friends. (8/24)

"Premium Rush" The latest from David Koepp (2008's "Ghost Town") is an action flick starring Joseph Gordon-Levitt as a Manhattan bike messenger in possession of an envelope that attracts the interest of a dirty cop (Michael Shannon). (8/24)