STRUGGLE! The Power of Story & Art for Historical Change and Transformation Through Jacob Lawrence 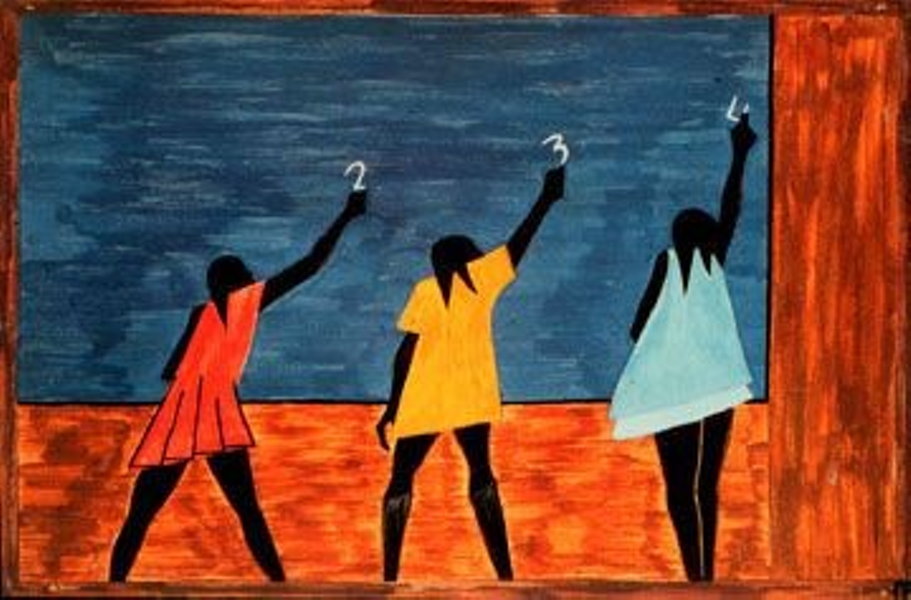 Almeta Whitis will engage the heart and spirit, found in two mural series created by Black American Mural Artist: Jacob Lawrence. His Struggle Series comprises 27 of the known 30-panel series produced between 1954-56 presents Lawrence's impeccably researched little-known stories of America's founding principals' historical underpinnings, including images of Black people and immigrant contributions. Being unable to secure funding support for his original idea to create 60 murals based upon historical events to complete his vision, he had to reduce it to 30. The Great Migration Series, a WPA Artist Project, was produced between the late thirties and early 1950s.