‘Authentic’ is a fine word for The Wood Brothers 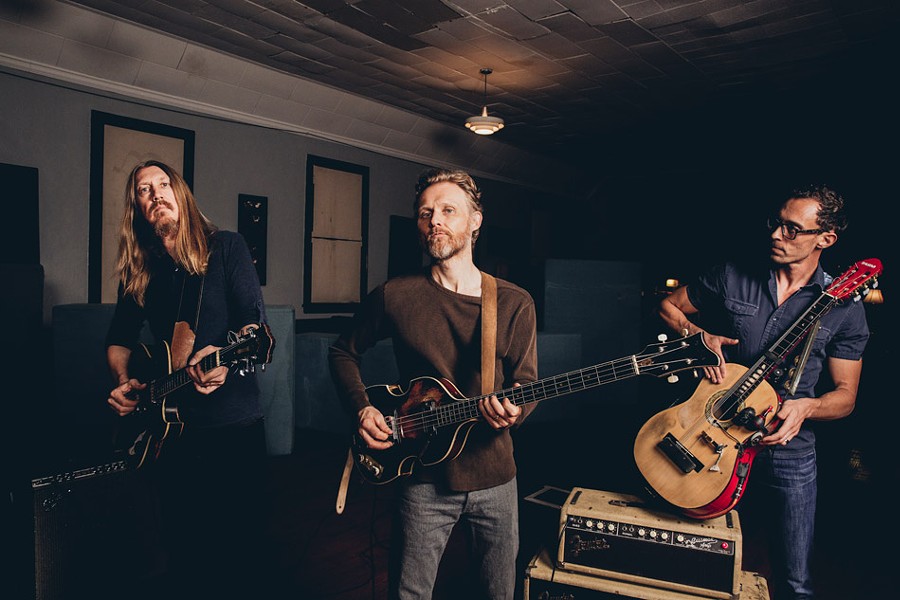 Part of the Lilac Festival

It was the final day of the 2015 Xerox Rochester International Jazz Festival, a real soaker. Perhaps the crowd was seeking shelter from the storm, or maybe these folks had heard the distant rumblings about this band playing the Harro East Ballroom, making its first Rochester appearance. Whatever the reason, the place was packed, with more lined up at the door, waiting to get in. It was the same story for the second show later in the evening.

"Yeah, it's always a pleasant surprise to go into a place and people come out," Oliver Wood says. "You always want to connect with people. The more connection, the better it feels. And when you go to an out-of-the-way place, you never know who's going to show up. Rochester — that was a pleasant surprise."

The Wood Brothers went out of its way again the following year, packing the streets while headlining one of the two outdoor stages on the final night of the Jazz Festival. It was magic that the band will attempt to replicate Friday at the Lilac Festival. A night of rock, jazz, blues, soul, folk, gospel, and clattering tuna fish cans. Authentic American music.

Authentic is a fine word for The Wood Brothers. They come about it naturally. People compare them to The Band, and that's a good starting point. Oliver Wood's voice has a Levon Helm quality to it, a plaintive howl, and the songs fit that rural landscape. As does the groove laid down by Chris Wood on his upright bass and percussionist Jano Rix. A groove of real character, especially when Rix sets aside the drum kit in favor of his shuitar, an acoustic guitar modified with the trash-heap precision percussion of empty tuna cans.

And the songs are superb. Wood agrees that the new album, "One Drop of Truth," does reflect the times. But it's less "resist" than it is "acknowledge."

"I don't think there's an active 'resist' message," Wood says. "Even if it's just subconsciously, any artist absorbs what's going on around you."

Natural disasters: That's what was going on during the writing and recording of "One Drop of Truth." On the album's opening track, "River Takes the Town," Wood says, "there's obviously a flood, a hurricane might be involved. Hurricane, water, tears. Things that are very powerful metaphors."

A very wet collection of metaphors, reinforced by the image on the album cover of a woman sinking into a watery void, leaving a trail of air bubbles. The writing of "River Takes the Town" was inspired by a news story of flooding in Louisiana. And the song was recorded a day after Hurricane Harvey wrecked Houston.

Hurricanes. Politics. Is it our imagination, or is the world growing more intense?

"It sure feels like it," Wood says. "It's hard to tell how much of it is because of technology, and how we get our news awareness now. It certainly feels more intense. And it feels like we need more tools to deal with it so we're not freaking out."

Geographically speaking, this music comes from Colorado, where the Wood boys grew up. Oliver is four years older, a particularly wide gulf in high school, and they went their separate ways. Oliver went off to college, but dropped out. He landed a gig playing guitar with bluesman Tinsley Ellis, and then fronted the Atlanta blues-rock and R&B band King Johnson, which put out six albums and toured the country for 12 years.

Chris took the other path. He was the serious brother, studying jazz bass at the New England Conservatory of Music, then forming the avant-garde jazz and funk outfit Medeski Martin & Wood in the early 1990's. It was an accident of scheduling — King Johnson opening for Medeski Martin & Wood — that led to Chris arranging some music for Oliver's songs. They found an immediate musical kinship, almost like brothers. They released a Wood Brothers debut album in 2006, "Ways Not to Lose."

Now the brotherhood, and Rix, have settled in Nashville. Where the 52-year-old Oliver Wood's sons — ages 16 and 9 — have helped him tackle a particularly knotty adult behavioral issue. "Something I've been trying to learn forever, something I remind myself every day," he says, "live in the moment, instead of getting stressed out about something. I learned that from watching my kids. Kids are pretty good at that."

Out of the moments come stories and images for "Strange as it Seems." It's the tale of a guy who puts on a suit and splashes on the cologne every night, but instead of going out, he goes to bed.

"What if you could meet and fall in love with someone in your dreams?" Wood says. "Meet the girl of your dreams, literally." Yet that might not be it, the song is deliberately vague. The point is more about entering into a situation that normally has a mind of its own — a river, a dream — and "having some control over it."

It's surrealism that he likens to a film by Tim Burton or David Lynch. "Images where there's no obvious reason for them to be there," Wood says. "So you create your own meaning. I'm a big fan of that."

Jeff Spevak is a Rochester-based writer. You can visit his web site at jeffspevak.com.