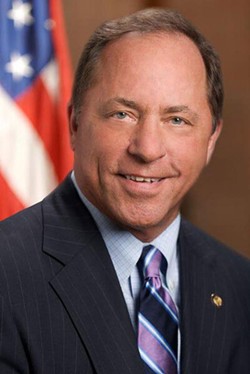 With 118 of 122 election districts reporting, Hawley had captured just shy of 79 percent of the vote. Glogowski had about 6 percent.

Absentee ballots cast in the race will not be counted for two weeks, as per state law, but the number of outstanding ballots are not enough for Glogowski to recover.

Hawley, who ran on the Republican, Conservative, and Independence party lines, has held the seat since his election in 2006. He has often run for re-election either unopposed or challenged by Glogowski, a Libertarian.  Glogowski pulled in less than 10 percent of the vote in 2012, 2014, and 2018.

Hawley has not been challenged by a Democrat since 2010, when he overtook Christopher Barons in the general election.

The 139th District includes the Monroe County west side towns of Hamlin, Clarkson, Sweden, and Riga, and stretches through Genesee and Orleans counties.