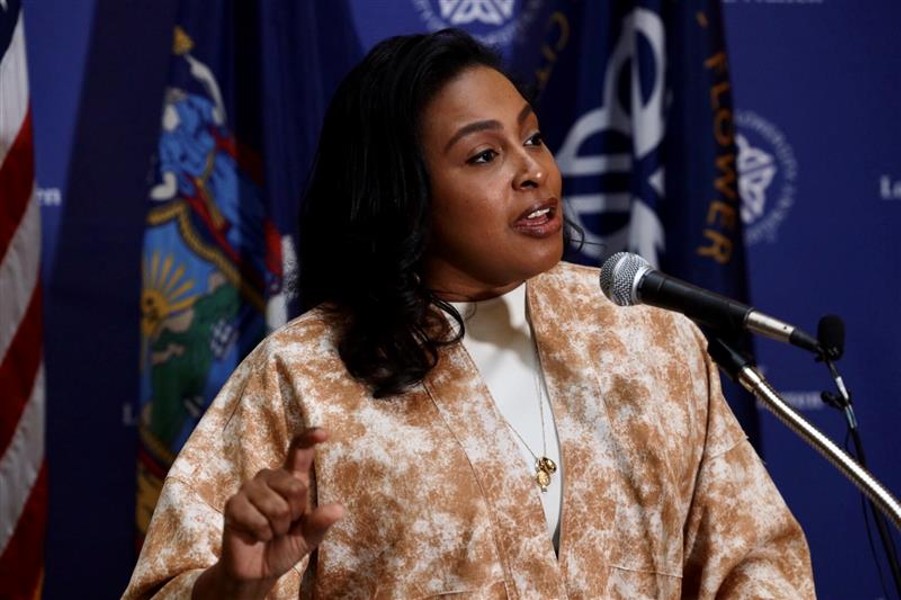 PHOTO BY MAX SCHULTE Mayor Lovely Warren talks about plans to explore the possibility of using projected marijuana tax revenue to pay reparations to the city's Black and brown residents on Friday, March 26, 2021.
The State Police conducted a search of the home of Mayor Lovely Warren on Wednesday evening in connection with what law enforcement officials described as a criminal investigation.

Troopers cordoned off the house at 93 Woodman Park, where Warren resides with her husband and their daughter, around 4:30 p.m. and rerouted motor vehicle traffic for more than two hours before removing the tape shortly before 7 p.m.

Major Barry Chase addressed reporters at the scene as the tape came down.

During the investigation, state troopers could be seen removing items from her home, specifically a blue plastic container and several black bags.

Property records show Warren is the owner of the house and bought it in 2005.

Justin Roj, the mayor's spokesperson, released a brief statement at 6:55 p.m. that read: "The mayor is just learning about the events that unfolded this afternoon and has no more information than the rest of the community. She hopes to learn more details this evening and will have a statement tomorrow.”

Warren is in the midst of running for a third term in office and is facing a challenge from City Councilmember Malik Evans for the Democratic ticket in the primary elections scheduled for June 22. 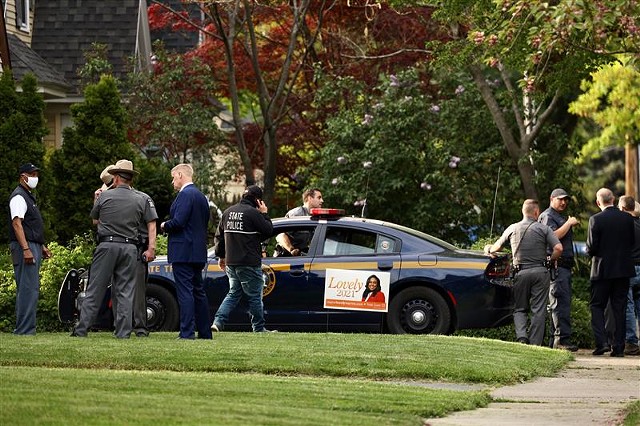 She is currently under indictment on felony campaign fraud charges. That case is pending in state court.

The Democrat and Chronicle reported late Wednesday that the mayor's husband, Timothy Granison, was the focus of the search, citing two, unnamed "high-level sources."

Mel Brooks, a neighbor of Warren's on Woodman Park, expressed shock and sadness as the events unfolded and suggested that her husband was the target of the investigation.

"I kind of wish it wasn’t the mayor’s house," Brooks said. "The things that have been going on and with her husband and whatnot being in trouble.”

Granison has a criminal past, something that the mayor has been open about during her years in politics and has used to illustrate how people can find redemption and a second chance in life.

He pleaded guilty to second-degree robbery in 1997 and was sentenced to five years of probation for his role in a gun-point robbery of The Source jewelry store in Rochester on West Ridge Road in March of that year.

Granison was 18 at the time and was caught, along with two accomplices who were said to have "terrorized customers," as he was driving the getaway car. The accomplices, Joseph Cotrell and Zachary Holmes, were convicted and sentenced to up to 15 years in prison and 25 years in prison, respectively.

Warren had been scheduled to be interviewed by phone by CITY at 5:15 p.m. for an upcoming story on the mayoral race.

Her campaign manager, Wandah Gibbs, called the reporter a few minutes before the agreed upon time, informing him that she was working to get the mayor on the line.

The phone went dead, but Gibbs called back moments later and said something had come up and that she would try to reschedule.

With reporting from Gino Fanelli and Jeremy Moule.