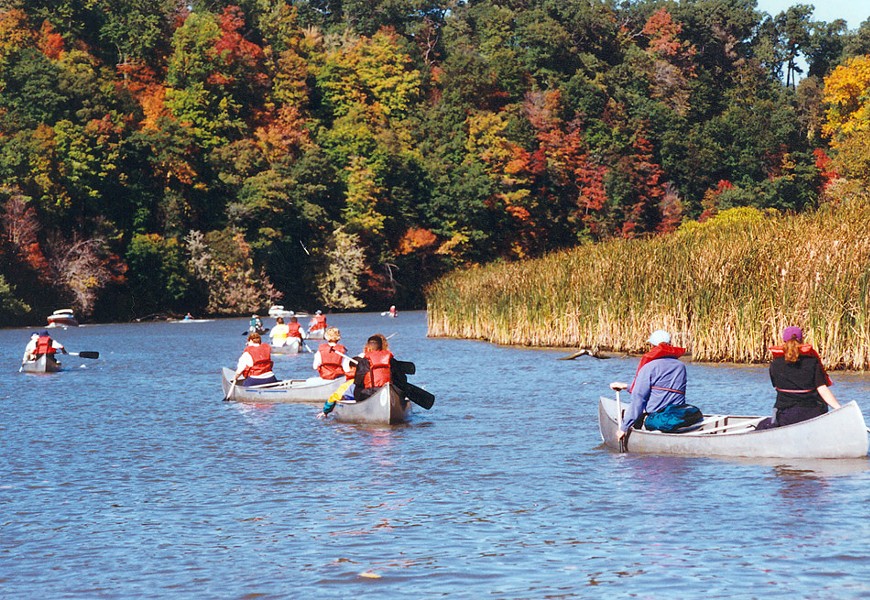 "Full many fair and famous streams, beneath the sun there be. Yet, more to us than any, seems our own dear Genesee." So read the first lyrics of "The Genesee," written by T. T. Swinburne from the University of Rochester class of 1892. Though he wrote those lyrics more than 200 years ago, for many of us living in Rochester their meaning still holds true today. Hence, Rochester River Romance weekend, which will take place this year from Friday, October 5, to Sunday, October 7. Now in its third decade, the festival celebrates the history of our city's river, and its current role in reviving the economy, with more businesses popping up on it recently, and reconstruction programs that have given the waterway a cleaner façade.

Start the weekend off at the opening ceremony on Friday at 2 p.m. at the Blue Cross Arena on Broad Street. The ceremony will feature the ribbon cutting for the new Heritage Trail, a 1.25-mile long walking path with 27 historical locations between the Susan B. Anthony House and the Erie Canal Aqueduct Bridge. Other festival highlights include Charlotte Genesee Lighthouse tours, vow renewals on the banks of the Genesee, "haunted" gorge tours, live music, and a Twilight River Romance Dinner Cruise. Locations of activities vary from Maplewood Rose Garden, Charlotte, Ontario Beach Park, Turning Point Park, and other points along the Genesee. For a full schedule of events, visit cityofrochester.gov.