That Soros had invested hundreds of thousands of dollars into the race through the committee, New York Justice & Public Safety PAC, had been reported in the weeks leading up to the election. 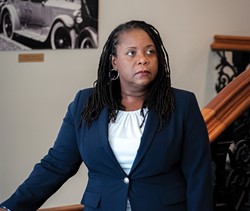 But the extent of his investment was not known until Wednesday, when campaign finance filings were due to the state Board of Elections. The final tally, according to the filing, was $952,886.

The last competitive race for the office was 2011, when the campaigns of Doorley and her challenger, William Taylor, now a state Supreme Court justice, spent roughly $280,000 between them.

Doorley fends off challenger
By City news staff
News
Some of the PAC money spent in Mitchell’s race went to polling and radio and digital ads, but the bulk went toward television commercials that ran in the waning weeks of the campaign and painted Doorley as a malicious and sloppy prosecutor prone to wrongful convictions.

The spending was part of a coordinated effort by Soros-funded PACs across the country that targeted prosecutors perceived by Soros to be hindering progressive criminal justice reforms.

DA's race draws on big issues
By Jeremy Moule
News
The ads prompted complaints of outside influence attempting to buy an election, and prompted the Monroe County Republican Committee to file a complaint with the state Board of Elections. 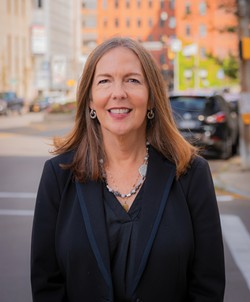 The committee claimed the ads breached campaign finance laws because Mitchell’s former campaign manager worked for the firm that created the ads within the last two years, the threshold for a campaign to employ a worker from a supporting political action committee.

The board has not taken any action on the complaint to date.

While noteworthy for its sheer size and attempt to influence the election, the amount spent was legal insofar as there are no spending limits so-called “independent expenditures” that do not coordinate with candidates of their campaigns.