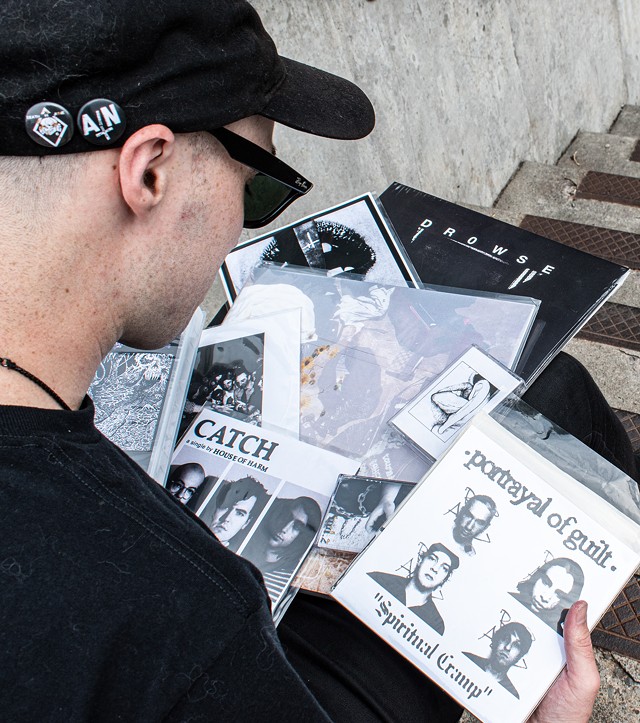 Growing up in the tiny town of Hornell in the early-2000s, Jared Johnson didn’t have a lot of resources to explore the underground music scene. He relied on MTV and FUSE programs like “Steven’s Untitled Rock Show” to find up-and-coming punk acts.

“There was nothing in Hornell where I grew up,” Johnson says. “So I started a band with friends and we booked and played shows. I feel like that’s carried over, from being 14 in my Operation Ivy and Minor Threat tribute band to being almost 30 and putting records out.”

But it was the work of independent record labels that first introduced Johnson to a wider world of music. Compilation CDs put together by labels including Hellcat Records and Deathwish Inc. were particularly influential. On one disc, he could hear Celtic punk band Dropkick Murphys alongside avant-garde ska releases.

For Johnson, labels like these provided a space for him to discover bands that may have otherwise remained unknown to him. And they encouraged him to be open-minded about music that was outside his comfort zone. Now, over a decade later, he has built upon these foundations to create a new label for the next generation of music fanatics. 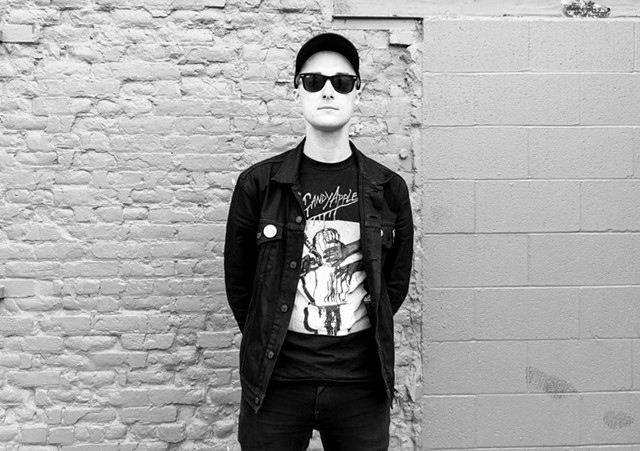 Johnson has come a long way since his small-town beginnings, having started his own Rochester-based record label Sore Ear Collective in 2014 with Joe Clark, the guitarist of the local hardcore band Druse. Johnson currently runs the label with support from his partner, Katie Burke.

The ethos of the label ties back to the “do-it-yourself” ethic of self-sufficiency popularized in the 1980s.

“The DIY-ethic behind Sore Ear Collective is that if something doesn’t exist, you make it,” Johnson says. “If a band that you really like doesn’t have any physical releases, reach out and do it.”

At the beginning of Sore Ear Collective, each of its cassettes, vinyl records, and VHS tapes was packaged by hand. After seven years of the label’s existence, Johnson has since outsourced the manufacturing to a company called Cryptic Carousel.


“The first release for the label was Druse’s EP, ‘Target Weight,’” Johnson recalls. “We did 35 copies all one at a time. We dubbed them in Joey Clark’s bedroom, folded J-cards and assembled tapes, and then we did 80 more after that.”

Since its inception, Sore Ear Collective has put out dozens of releases from bands across the United States. Johnson describes the vibe of the label as “spooky and nasty,” and he incorporates bands from a range of genres that fit the mold.

“I’ve tried to make sure that a lot of the artwork and the way we promote the label as a whole is a little bleak-looking,” he explains. “Kind of dark, with black-and-white photocopy imagery, because that’s what I grew up with when I looked at flyers for shows.”

While many small record labels struggled during the pandemic, in 2020 Sore Ear Collective had one of its most successful years yet.

“Last year was a pretty big year for us,” Johnson says. “We had six or seven releases, which is more than I’ve ever done in a year before. And the one that went really, really well last year was the Undeath VHS.”

Undeath has been making waves in the death metal scene on an international level since the release of its debut full-length album, “Lesions of a Different Kind.” Earlier this summer, the band announced a North American tour with Black Dahlia Murder beginning on Sept. 3.


Alex Jones, the vocalist for Undeath and Druse, says that the band decided to work with Sore Ear Collective because of Johnson’s commitment and passion to each release.

“A lot of times with smaller, more DIY labels — things in Sore Ear Collective’s spectrum — the people can be flakey or uncommunicative,” Jones says. “They don’t have the best interests of the bands that they work with at heart, but Jared is the exact opposite of that.”

Jones says that the Rochester music scene needs a catalyst like Sore Ear Collective to get younger kids excited about going to shows. “I think that anything that people can do to entice young people to start bands and start participating in local music is huge,” he says.

“There’s definitely a good crop of bands in Rochester, no question,” he adds. “But a lot of them are the same people who have been in bands for the past 10 years, myself included. I think it would be great if there was some new blood injected.”

Paul Wolfsblood, vocalist of the Rochester-based hardcore band The Weight We Carry, says the scene’s longevity relies on entities like Sore Ear Collective to encourage musicians to collaborate, regardless of their musical background or affiliation.

While Sore Ear Collective features several Rochester bands — including The Weight We Carry, Coming Down, and Holy War — Johnson also reaches out to groups outside of the region to encourage collaboration between local and national musicians. When Johnson books a show, the lineup reflects the geographical diversity of the label.

One of Johnson’s main goals since starting Sore Ear Collective has been to put Rochester back on the map as a place where DIY bands tour. In the past, he has used the label’s name to put together showcases like “DESTROY ROCHESTER,” a popular event at the Flying Squirrel Community Space that brought national and local acts together.

On July 30, Sore Ear Collective came out with its latest crop of releases, which included the debut EP of the black metal band Bat Magic, a VHS from the Philadelphia-based goth-punk band Drowse, and a seven-inch record from the Las Vegas-based hardcore band Close Combat.

In the coming months, Johnson plans on making up for time lost during quarantine, hosting several shows under the Sore Ear Collective umbrella. On Aug. 20, heavy music fans can head to Bug Jar to see The Thrill, Scumfire, Chemical Fix, and Soma Slumber. Johnson also has plans to bring back “DESTROY ROCHESTER” for a third year this fall.

As the label grows, Johnson hopes that teenagers who are in the same position he once was can turn to Sore Ear Collective as a space for musical discovery.

“My goal has always been to release things that open up avenues for other people,” Johnson says. “A band like Drowse opens up the avenue to some post-rock or goth-punk band that maybe a fan of Drowse hasn’t heard.

“That’s really cool to me because they gave it a chance. And that’s what I would do growing up. For me, it all goes back to doing it yourself.”