He writes the songs 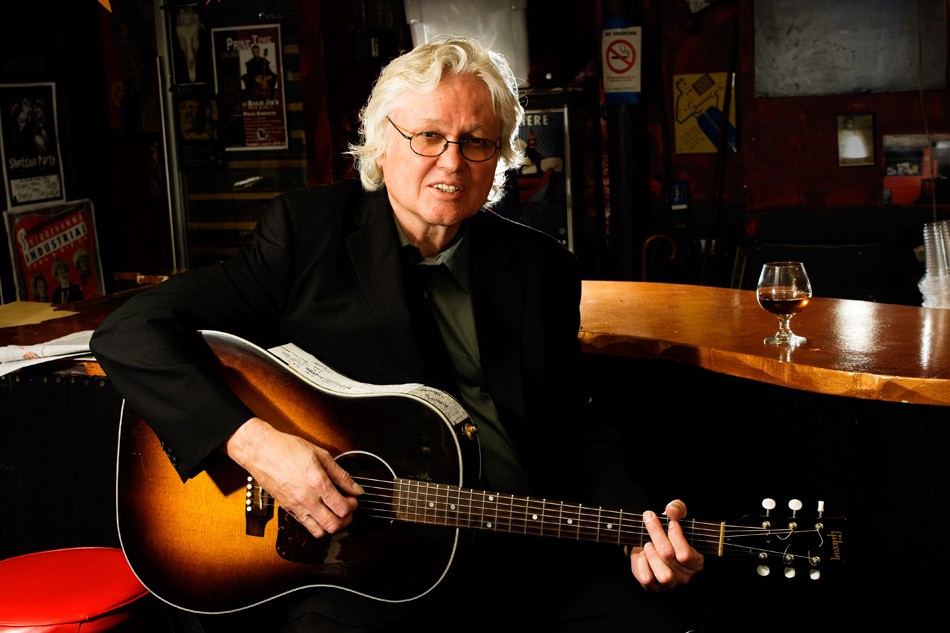 Chip Taylor is a mellow cat. He’s so cool, sheep count him. Artists like Janis Joplin, Aretha Franklin, Dusty Springfield, Eddie Arnold, Willie Nelson, Waylon Jennings, Johnny Cash, and Jimi Hendrix have had his words in their mouths. Taylor has been everywhere forever — whether as a songwriter-for-hire penning hits like “Angel of the Morning,” a professional golfer, traveling musician, or as a professional handicapper. He’s also not tired of talking about a particular hit, “Wild Thing.” That’s right, Chip Taylor, 2016 inductee in the Songwriters Hall of Fame, wrote “Wild Thing” — rock ‘n’ roll’s equivalent to "Happy Birthday.”

It all started in Yonkers, New York, where the now-79-year-old musician once clamored to get next to the household radio.

“I could hear different types of music on the old Motorola radio in the kitchen,”Taylor says. “And even though there was no country music played in Yonkers, New York, I heard a show from Wheeling, West Virginia and I became a country music fan at an early age.”

He had a country-rockabilly band in high school, and shortly thereafter he got signed to King Records’ R&B division, signaling his start in the music business. Taylor started writing songs for other musicians, and this caught the ears of people like Chet Atkins, who was in charge of RCA Victor’s A&R department. “I’m very surprised I don’t know Chip Taylor,” Atkins said. “I’m surprised he’s from New York. It’s a great song and I want to hear everything he writes.”

“I was signed to a staff contract with April Blackwood Music which is at 1650 Broadway,” Taylor says. “Carole King was there, Jerry Goffin, Barry Mann.”

But this wasn’t The Brill Building. “Everybody gets that confused,” Taylor says. “The one that gets all the credit is the Brill Building. They had some good writers there — Burt Bacharach and Hal David wrote there. But that was more ascendant of the show tune era.1650 was more rock ‘n’ roll — that’s the building I was writing in.”

Things changed forever for Taylor in 1965, when a producer who was working with the group Jordan Christopher and the Wild Ones called Taylor in search of a song. “He knew I was a country writer,” Taylor says, “but that I was writing some interesting rock ‘n’ roll songs.”

There was a hitch. “I need it by tomorrow,” the producer said. So Taylor sidelined a country demo session he had previously scheduled and went into the studio seeking “Wild Thing.”

“I had the engineer turn the lights down, leave the tape running, and I would send whatever came to mind,” Taylor says. “And that’s what came to mind.”

The band recorded it, but more as a straight-blues song. “It was a nice little record,” Taylor says, “but it wasn’t the way I felt it. I heard it as more of a rock ‘n’ roll, punk thing. It was very guttural and simple. The Troggs came along in 1966 and covered the demo version, and they did a pretty good job of it. It’s a wonderful record and now it’s in the Hall of Fame.”

Taylor regards “Wild Thing” as a notch on his varied timeline. He also acknowledges his time as a professional handicapper after being thrown out of every casino in Atlantic City. Vegas didn’t want him either.

He gave up music from 1980 to 1995 to roll the dice and pursue gambling full-time. “I was a very good card counter,” he says. “They banned me from Atlantic City for counting cards, so I had to switch my jones for gambling. I learned from a master and became a very good gambler.”

When he was writing his hits “Anyway You Want Me,” “Angel of the Morning,” and ”Wild Thing,” he still managed to make two to three bets a day. His bookie was none other than Meyer Lansky, Jewish mobster and cofounder of the mafia hit squad, Murder, Inc.

Lansky’s runner George would collect on Mondays. “Nice guy,” Taylor says. “Always smiling, always with a lot of money for me because I beat him 53 out of 56 weeks.” Taylor continued gambling until returning to the music biz in 1995.

“Then I signed with Warner Brothers,” Taylor says, “and started writing for myself, and kind of got back on the map with an album called ‘Last Chance,’ which is kinda in with the renegade country artists — like Gramm Parsons — who were out there. John Prine was out there, I was out there. It was a great, great, spirited time in the early 1970’s.”

Getting a songwriter to choose his favorite song is like getting a mother to choose her favorite child. But Taylor takes a stab anyway.

“It’s hard for me to know what my favorite song is,” Taylor says. “I’ve got so many that meant so much to me at different times. A few years ago, I had a song out, ‘He’s a Good Guy (As Well You Know).’ That meant a lot to me. On my new album ‘Whiskey Salesman,’ there are some songs in there that just touch me so much. There’s a song I wrote for my wife, ‘I Love You Today,’ which is one of my favorite songs I’ve ever written.”

You can’t talk about Chip Taylor’s songs without mentioning the man’s minimalist, melancholic delivery. Taylor’s voice is a laconic purr, a velvet vessel to launch his stories. Yet it somehow comes off as if it’s coming from you. When you listen to Taylor, you’ll swear it’s your conscience. And even though other artists cover his songs, there is something signature, something distinctive that tells you you’re listening to a Chip Taylor tune, complete with lyrical detours and its quiet storm.

If there were a Billboard Prison Chart, Taylor would dominate that, too. He wrote a song in Norway strictly for prisoners entitled “Fuck All Those Perfect People.” It has been streamed online 2 million times.

“I’m not trying to write a hit,” Taylor says. “I’m just writing from a certain spirit. I always treat the song with reverence. It’s a gift to me.”

It’s the same when picking the ponies.

“The similarity in horse racing is that when I come to a bet and I do all my preliminary work,” Taylor says. “I had tons of data to help me. I never tried to figure out the winner too quick. I just wanted to see what the race was going to come up like.”