So much hope: the Warren inauguration

PHOTO BY JOHN SCHLIA Lovely Warren at her swearing in as the 67th mayor of the City of Rochester last Saturday.

Lovely Warren was officially inaugurated as Rochester's mayor on January 1, at the bedside of her dying grandfather, but her swearing in was repeated on Saturday at the Auditorium Theatre, so that the public could watch.

Christopher Thomas and dt ogilvie, who co-chaired Warren's transition team, referred to Susan B. Anthony and Frederick Douglass and suggested that Warren's election signifies that Rochester is fulfilling its destiny.

The inaugural address by Warren herself was hopeful and optimistic. Shaping it as an address to her 3-year-old daughter, Warren promised to try to "make things better": to work to improve city schools, make neighborhoods safe, put people to work, lessen income disparity, improve downtown....

"I know this isn't going to be easy," she said. But, she said: "I'm going to fight for changes and outcomes with the determination of a parent defending a child. Because that is what I am doing – defending you and all our children."

That it won't be easy is an understatement, of course. The high rate of poverty, unemployment, academic failure, and violence in Rochester's inner city are a decades-old problem, and as Warren knows, good intentions won't be enough. 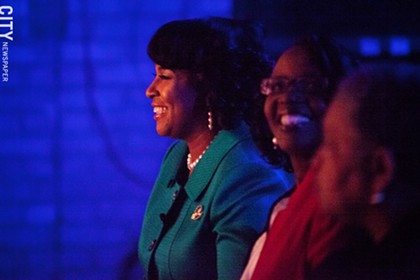 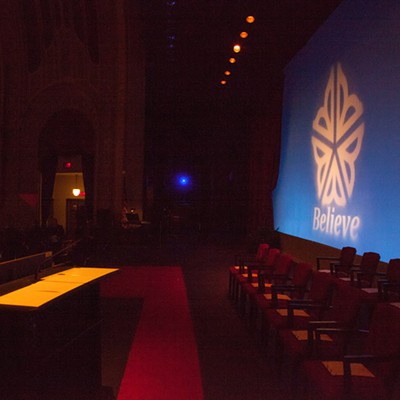 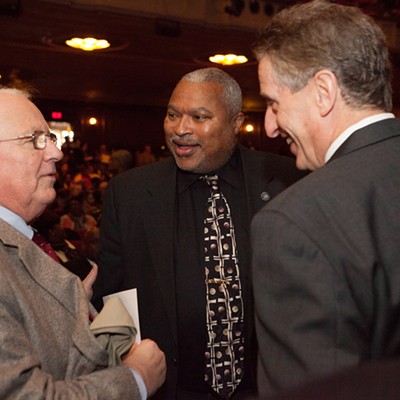 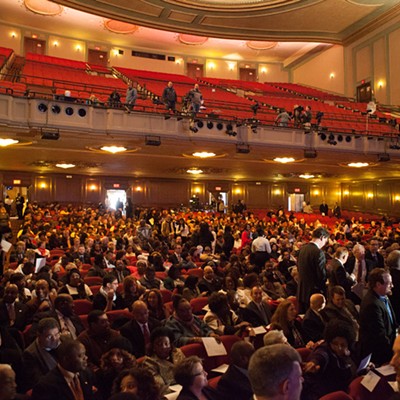 During Saturday's celebration, I was struck by several speakers' reference to the strength of African Americans, particularly of African-American women.

Connie Mitchell recalled her own grandmother, "a tough, opinionated woman" who stood up for herself. "Where I came from," said Mitchell, "women were strong, tough, and breadwinners," she said.

And Warren, Mitchell said, "grew up in a home with a strong female matriarch and a strong black male role model," her grandfather.

In her inaugural address, Warren talked about her grandfather's strength, too. His mother died when he was 3, Warren said, and his father "never really acknowledged him." And rather than being able to go to school, he had to start working in the fields when he was only 7.

But he and many, many others in Rochester, Warren said, overcame adversity "to make their little corner of the city we call home a better place."

"No matter where you start," she said, "you can finish strong."

No matter where you start.

Warren's own story is an inspiring one, and her sense of hope and optimism are contagious. But the challenge is enormous. Under her leadership, can Rochester do what so many other cities have not been able to? Will we find a way to overcome the numbing effects of generations of concentrated poverty?

Given the challenges, it's hard for me to feel as optimistic as Warren does right now. But while hope and optimism don't guarantee success, it's hard to succeed without them.

Warren has assembled what seems to be a talented, qualified team. There's no question about her confidence and her strength. And she has focused on Rochester's challenges in a way that no previous mayor has. She has the opportunity to take that focus to county and suburban residents and leaders and convince them to join her in her fight. And she has the opportunity to be a role model, not just for her daughter but for all Rochester children.

We won't know for years whether she'll be successful. But the entire Greater Rochester region must hope she will, for her sake and for us all.