Smelling the future of weed at the Roc City Cannabis Carnival 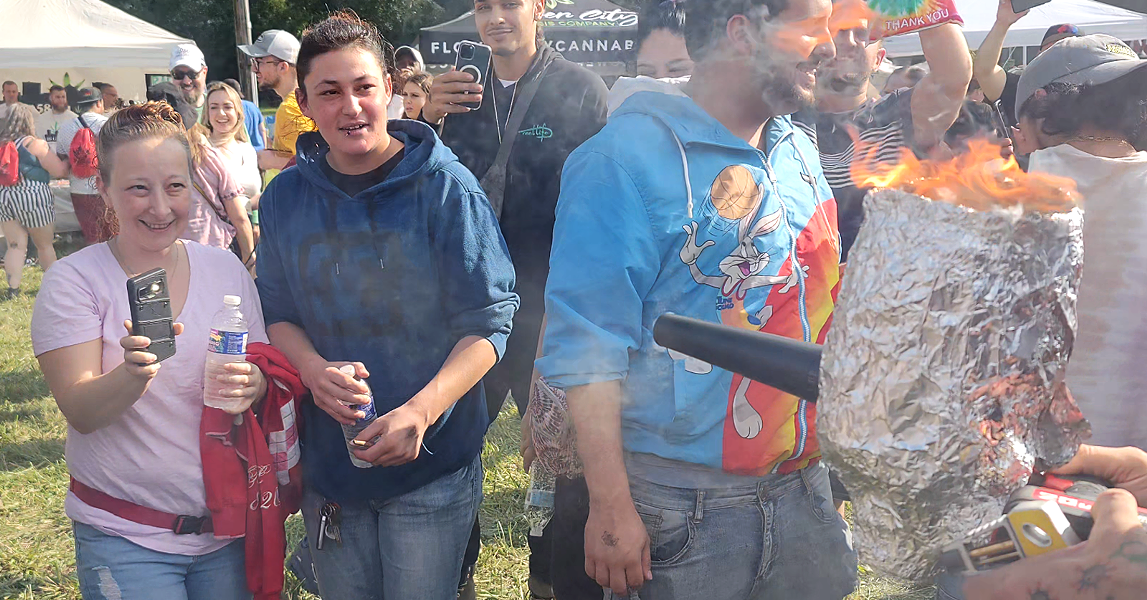 PHOTO BY GINO FANELLI Attendees of the inaugural Roc City Cannabis Carnival in Scottsville take in the byproduct of a gigantic pipe fashioned out of a leaf blower.
Editor's Note 9/8/21: This story was modified from its original version to reflect a correction in the number of tickets sold to the Roc City Cannabis Carnival. An event organizer estimated the number of tickets sold at 8,000. The event drew several thousand people.

The scent of burning marijuana and the echoes of a stoner’s dream playlist could be detected Sunday far outside the barren field off an unassuming road in Scottsville where the first Roc City Cannabis Carnival was under way.

The event drew several thousand people and brought together a who’s-who of upstate New York’s burgeoning weed industry. Seventy-eight vendors offered up a dizzying array of pot products, from regular old bud to extracts, tinctures, and even cannabis-infused chicken wings. Attendees stood in a line about half a mile long for samples. 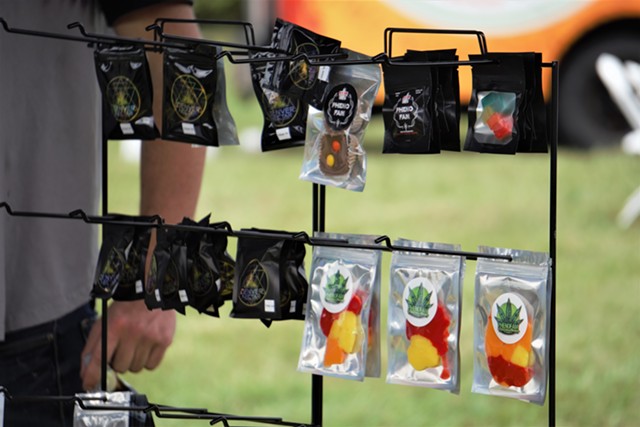 While using cannabis recreationally is legal in New York, the infrastructure for a recreational market likely won’t be established for another year, and selling it is still illegal. But businesses are finding a way around those restrictions by using the so-called “gifting” clause in state law.

No one bought weed from the carnival vendors. They made a donation and received a sample as a gift.

Carnival organizers Jaclin and Rob Bonfiglio, the husband and wife owners of local hydroponics shop Hydro Inc., said the businesses in the cannabis space are ready to go. It’s now up to the state to catch up.

“They’re probably 12 steps ahead than the state thinks they are,” Jaclin Bonfiglio said.

That was apparent strolling the grounds of the festival.

The stands offering up all sorts of THC-related products were full-fledged businesses, complete with branding, signature strains of cannabis, and helpful staff who knew the ins-and-outs of their goods. Most advertise through social media, with Instagram being the premier platform for weed marketing. 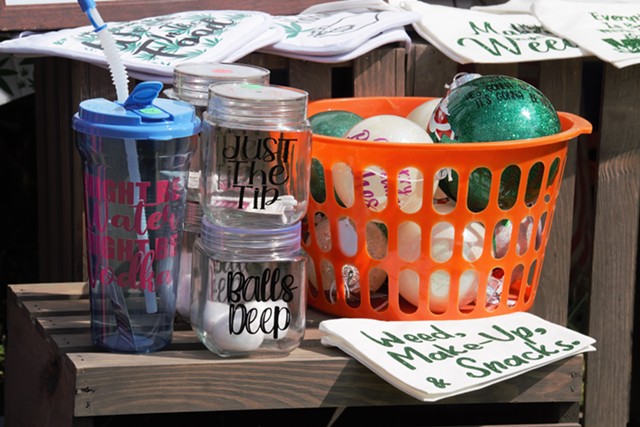 Reggie Keith runs Canna House, a stand that offered THC-infused “dirty lemonade” and the spiked chicken wings. He said the businesses there had come a long way from the “legacy market" of illicit dealers.

“Even if you don’t consume, I think you should come out, experience it, and see the similarities between one small business owner and another that’s just in a different industry,” Keith said.

Almost everyone offering their wares at the carnival, it seemed, got their start in that legacy market. Money, of course, was a motivating factor for them joining the industry. But many also described a love for weed.

Most vendors were pot nerds, people  fascinated by genetics, crossbreeding, and the effects of different strains on users, and were eager to talk at length about them.

“It’s been going on behind closed doors for a long time, and really (legalizing sales) is what’s going to propel the industry into that new market,” said Eric Messenger of Western New York Cannabis Club. “I got my start like a lot of others at a young age, my friend’s brother had some shitty herb, and then came out with some actual cannabis, and I’ve been in it ever since then.” 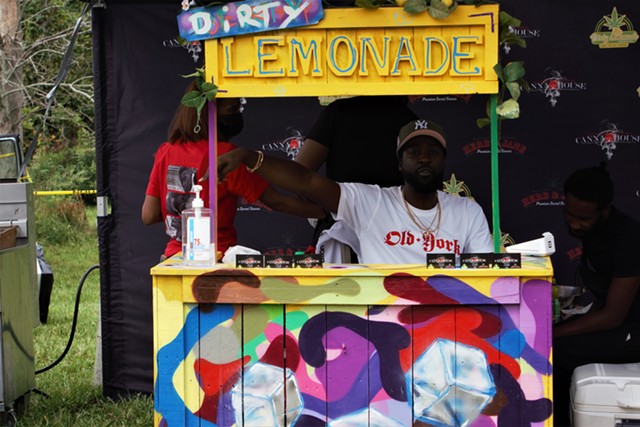 Between the free samples of THC-laden Kool-Aid, the seemingly endless supply of pre-rolled joints, and the leaf blower affixed with a massive tin foil bowl head blasting clouds of weed smoke into festival-goers’ faces, the carnival seemed an entrepreneur’s dream.

The opening of recreational shops is coming, perhaps sometime next year. Last week, the state Senate met in a special session to name its first appointees to the Office of Cannabis Management and the Cannabis Control Board, the regulatory bodies for New York’s market.

It was the first major and necessary step to creating the regulated marketplace.

Jaclin Bonfiglio hoped that the entrepreneurs on display at the carnival would have a home in the future of New York weed.

“If and when “Big Canna” comes into Rochester, they’ll have to go through us,” she said.