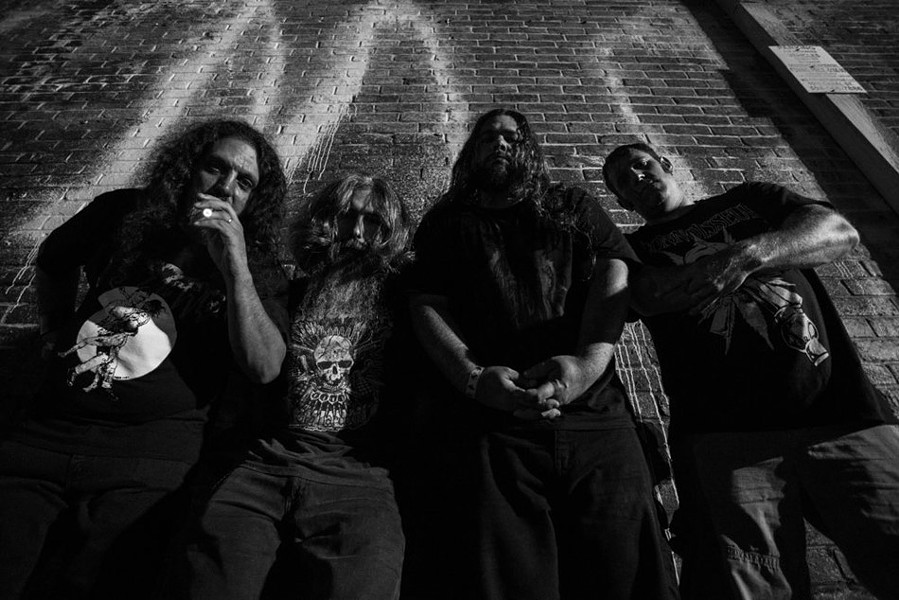 Boston's sludge pioneers Grief had somewhat of a turbulent history. With a clutch of 7-inches and a few highly acclaimed records under its belt — including 1994's absolutely essential "Come to Grief" — the band disbanded in 2001, citing a "hostile environment for doom metal bands." Now, after several failed attempts to get the ball rolling once again, founding guitarist and vocalist Terry Savastano has revitalized Grief in a huge way: operating under the new moniker Come To Grief and playing a revue of sorts of early Grief material. With a new record, fittingly titled "The Worst of Times," on the way and a slew of shows on the horizon, there seems to be some momentum for Grief's particular brand of nihilistic doomsaying.

Come To Grief will play with Black Tomb, The Highest Leviathan, Saints and Winos, and Monolith on Saturday, April 1, at the Bug Jar, 219 Monroe Avenue. 8 p.m. $10-$13. bugjar.com; facebook.com/extremesludge.