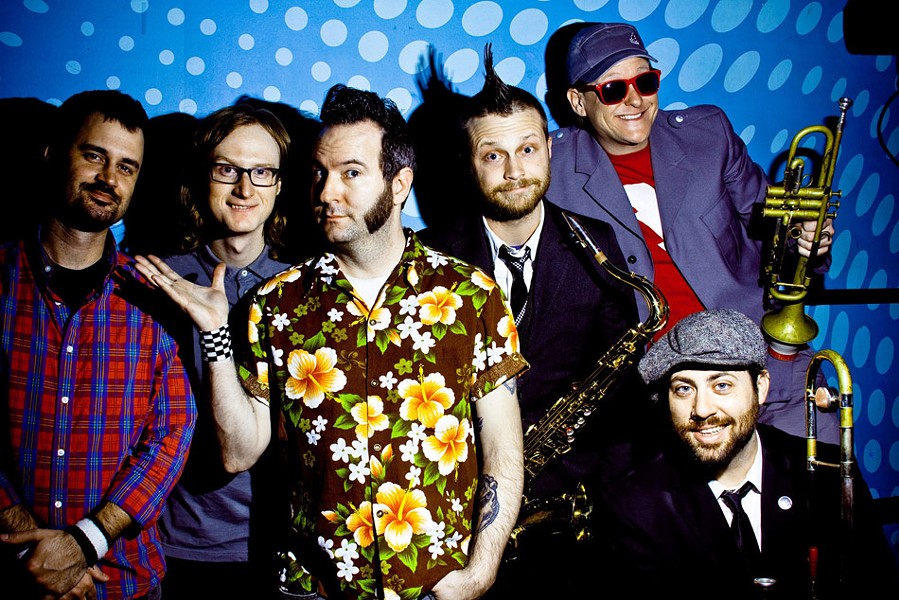 Reel Big Fish has had to deal with a few challenges throughout the years. First, the ska-punk wave — which it rode to mainstream appeal in the 90's — was reduced to a mere splash. Its single "Sell Out" became a minor hit in 1996, and the band appeared in the 1998 film "BASEketball," but would soon become an afterthought in mainstream music. Then came a flurry of line-up changes. Despite all of this, frontman and lone remaining original member Aaron Barrett kept things together, and the band gained a cult following. When you listen to the band's ska spin on A-Ha's 80's hit "Take on Me," in which RBF replace synthesizers with trombones and electric guitar, it's not hard to understand why the band has garnered such ardent fans.