Summer is upon us at last. And as the sunshine and blue skies reemerge, so too returns the annual tsunami of sequels, reboots, spin-offs, and franchises to flood our multiplexes. There's a lot of massively-budgeted entertainment jockeying for your attention, but the key to getting the most out of your summer movie viewing is finding that perfect balance between flashy Hollywood blockbusters and more distinctive indie fare. After all, you can't survive on a diet of junk food alone (as delicious as that might sound).

What follows are our picks for 15 movies that will get your adrenaline pumping, give your brain a workout, or ideally do both at once. Hopefully they'll all be worth foregoing a few of those oh-so-precious warm-weather hours.

What are you excited to see this summer? Let us know in the comments below this article.

"Damsel": I loved David and Nathan Zellner's utterly original "Kumiko, The Treasure Hunter," so I was pretty much in the bag for whatever the brothers decided to do next. And by the looks of it, the off-kilter Western comedy "Damsel" lives up to the promise of that earlier film. It tells the story of a pioneer (Robert Pattinson), his beloved fiancée (Mia Wasikowska), and the drunken parson the would-be hero drags across the country to marry them. That turns out to be easier said than done, and along for the ride is Rochester's own Robert Forster, plus a loveable miniature horse named Butterscotch. (June 22)

"Jurassic World: Fallen Kingdom": Colin Trevorrow's "Jurassic World" was a global box office juggernaut, but I found myself underwhelmed; the rampaging dino action was fun, but the script left something to be desired. Still, the trailer for this follow-up boasts some killer imagery, and with director J.A. Bayona's background in horror, I'm hoping he's able to bring both the terror and the awe that is this series' sweet spot. (June 22)

"The First Purge": This prequel to the politically-minded horror series rewinds back to when the country's authoritarian regime first began testing out the idea for an annual holiday legalizing all crime (including murder) for 12 hours. With a bold teaser poster — featuring a certain infamous red baseball cap — I'm hoping the franchise's trademark blend of splattery horror and barbed commentary will be on full display. (July 4)

"Ant-Man and the Wasp": One of the best things about the first "Ant-Man" film was its (literally) small stakes in comparison to every other entry in the Marvel Cinematic Universe. It was a nice reminder that not every comic book movie has to center around costumed heroes foiling a potentially world-ending catastrophe. This sequel looks like good pulpy fun — just the thing to cheer up fans after the devastation of "Avengers: Infinity War." Plus scene-stealer Michael Peña returns and we get the franchise's first appearance of Michelle Pfeiffer, making a welcome return to the superhero genre. (July 6)

"Sorry to Bother You": Marking the directorial debut of hip-hop artist Boots Riley, this surreal, punk rock, anti-corporate satire absolutely blew the roof off Sundance this year. With its story of a struggling African-American millennial (Lakeith Stanfield, "Get Out") who lands a job at a telemarketing firm and discovers the key to climbing the corporate ladder by learning to use a "white voice" when making his calls, this is clearly a movie with much on its mind. (July 6)

"Eighth Grade": Comedian Bo Burnham brings a sensitive touch to this coming-of-age story that lets viewers relive their harrowing teenage years through the eyes of 13-year-old Kayla (Elsie Fisher) as she tries to survive her last few days of middle school. The rave reviews out of Sundance suggest something that's equally awkward and heartfelt in the best possible way. (July 13)

"Blindspotting": Part buddy comedy, part blistering social commentary, "Blindspotting" follows childhood friends Collin ("Hamilton" Tony-winner Daveed Diggs) and Miles (Rafael Casal), and picks up with the pair as Collin tries to get through his last three days of probation. Touching on issues of race, class, gentrification, and police brutality, this effort from first-time writers Diggs and Casal — directed by first-time feature director Carlos López Estrada — has a bit of a "Do the Right Thing" vibe that I'm really digging. (July 27) 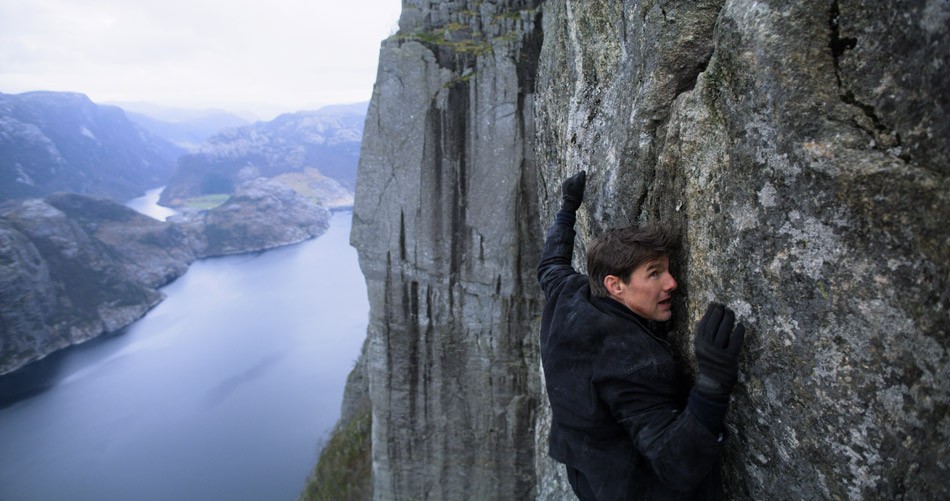 "Mission: Impossible – Fallout": With only one dud entry so far, the "Mission: Impossible" series is shaping up to be one of the all-time great action franchises. It will never not be entertaining to watch Tom Cruise run real fast and hang off tall objects. Plus, thanks to series newcomer Henry Cavill, we finally get our chance to see the moustache that nearly brought down the Justice League. (July 27)

"Christopher Robin": This family-friendly fantasy sees a grown-up Christopher Robin (played by Ewan McGregor) reunited with his childhood friend Winnie-the-Pooh — along with the rest of the gang from the Hundred Acre Wood — who returns to save him from his middle-aged malaise. What? No, you're already crying! (August 3)

"Searching": Told entirely through computer screens, smartphones, social media accounts, and text messages, this inventive thriller follows a widowed father (John Cho) during his desperate online hunt to find out what happened to his teenage daughter after she goes missing. Reviews from the film's festival run suggest it's more than a simple whodunit, delving into some Big Ideas about identity and how we live our lives online. (August 3)

"The Spy Who Dumped Me": Mila Kunis and national treasure Kate McKinnon star in this action-comedy playing roommates who find themselves entangled in an international conspiracy after learning Kunis' ex-boyfriend (Justin Theroux) is actually a secret agent with a team of assassins on his trail. I'm on board for that cast alone. (August 3)

"BlacKkKlansman": Spike Lee is no stranger to provocative stories, so it makes a certain sense for him to tackle this true story of Ron Stallworth. An African-American police officer, Stallworth went undercover to infiltrate the Ku Klux Klan in the 1970's, and managed to reach the group's highest levels. The film picked up the Grand Prix at Cannes last month, so my expectations are high. (August 10)

"The Happytime Murders": Two detectives (one human and one puppet) are forced to work together to find a killer who's bumping off cast members of a beloved 80's children's show, "The Happytime Gang." Directed by Brian Henson, this looks like a decidedly adult take on "Who Framed Roger Rabbit" (with a dash of Peter Jackson's 1989 puppet gross-out cult oddity, "Meet the Feebles"), and I cannot wait. (August 17)

"Crazy Rich Asians": When it comes to on-screen representation, Asians and Asian-Americans are a perpetually underserved audience, which is why I'm looking forward to this romantic-comedy based on Kevin Kwan's frothy best-selling novel. The plot follows an American-born Chinese woman (Constance Wu) as she accompanies her longtime boyfriend on a trip to Singapore to meet his family. Once there, she discovers they're a bunch of extravagantly wealthy eccentrics out to make her life hell. (August 17)

"Replicas": I love an ambitious sci-fi cautionary tale, so I'm intrigued by this thriller about a biologist (Keanu Reeves) who violates every law of nature to create clone versions of his wife and children after his real family is killed in a car accident. You may be shocked to learn that things don't go according to plan. (August 24)