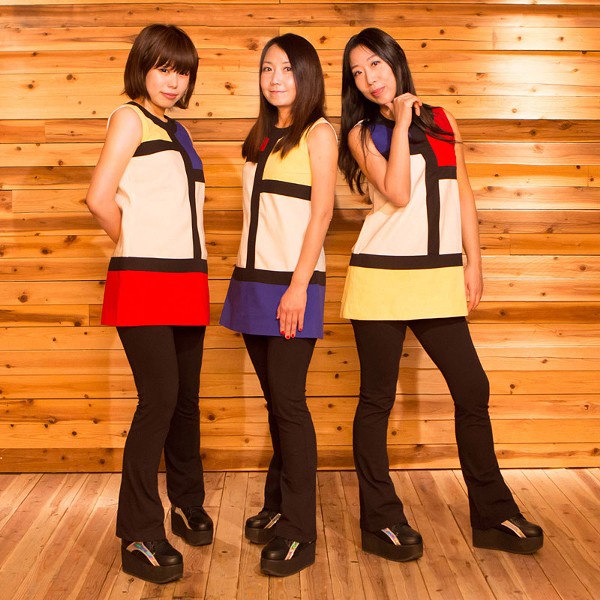 Provided Photo Japanese pop punk band Shonen Knife has been at it for more than 30 years. The group will play the Bug Jar on Sunday.

Here's three unassuming Japanese women who stick the knife into the crimson and twist. Shonen Knife plays rock 'n' roll, plain and simple. It's simplified and beautiful, stripped down to its bones. It's a loose and raucous pile up of pop, punk, and metal with a big salute to The Ramones; the band even goes so far as to play and pay tribute to the boys from Queens, as the Osaka Ramones.

A club favorite the world over, this tenacious trio has been at it for more than 30 years, and has released 22 albums along the way, including 2016's "Adventure." Throughout its tenure, Shonen Knife has been credited with its influence on Western pop in Japan. The band's legitimacy and cult cred was solidified in 1991 when Kurt Cobain (a self-professed Shonen Knife fan) invited the trio to open Nirvana's European tour prior to the release of "Nevermind."

Although the band's lineup has experienced some shifts, its lone founding member, guitarist and vocalist Naoko Yamano continues to circle the globe, sprinkling pop-punk glitter wherever she goes. Yamano sat down at her laptop during an American tour stop to answer these questions. The following transcript has been slightly edited for clarity and grammar.

CITY: Who is in the current lineup?

Naoko Yamano: Naoko, vocal and guitar; Atsuko, bass and vocal; and Risa, drums and vocal. Since Atsuko is living in Los Angeles, Ritsuko and Naru play the bass for some Japanese shows.

You've been around for a long time, how do you keep it fresh and exciting?

I do nothing. But I'm playing tennis for keeping myself healthy.

I got very good reputation from our fans. The topics of songs are interesting, for example rock T-shirts or Wasabi. Melody lines and performance and arrangements got more powerful.

What's different about the new record compared to your others?

The theme of our album "Free Time" was punk; "Pop Tune" was pop; "Overdrive" was 70's American rock and British rock. The new album "Adventure" is developed "Overdrive," and the most evolved and progressed powerful album of ours so far.

Do you have a favorite Shonen Knife record?

Do you have a favorite record by another band?

Who are some of your influences?

Do you still play as the Osaka Ramones?

No. But we toured in the US with CJ Ramone. It was fun. CJ was great!

What types of music do you mix up into your sound?

Everything. I listen to various kinds of music. From classical music to rap music. I think such music coming through the filter of my feeling, Shonen Knife songs will be created.

Where are the best audiences?

Our audience are always the best.

What is something you haven't done yet that you want to do?