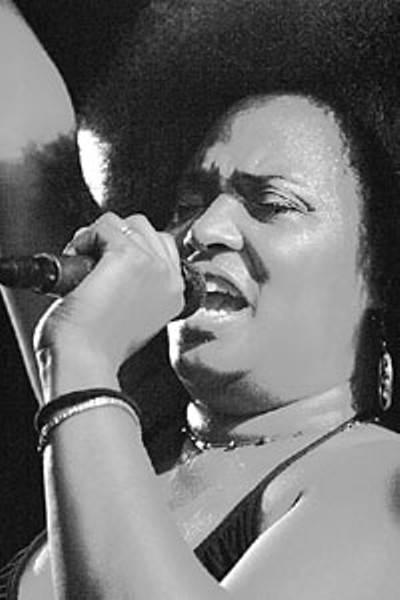 Frank De Blase Revolution get down: Lisa Kekaula at The Bug Jar.

The Memorial Art Gallery's Fountain Court has been transformed into a chapel with the addition of a recently restored 18th-century baroque organ. It sounded as majestic as it looked on its October 8 debut. Paul O'Dette directed early music ensembles Tragicomedia and Concerto Palatino (revivalists of the cornetto, the baroque trombone, and the chitarrone --- a cross between a lute and a giraffe) performed Monteverdi's 1610 Vespers to a full house.

I arrived after the organ's initial blast and was only able to hear it in a more supporting role with the other instruments and singers. The lighting in the hall was more like the set of All In The Family than that of an old church, but the music reverberated hauntingly anyway. Painful childhood church wounds were opened anew with the Madonna with child and crucifixion artwork on the walls, but it helped add to the "shhh, we're in church" feel of the place.

To hear the breath once again bellowed though this organ's pipes after who knows how long was a little humbling.

Snuck out the back to catch Every Time I Die play the same song four times at Water Street. Cool old-style mosh pit, though.

The next night LA's Voodoo Organist sang of hellfire, damnation, weeping, gnashing of teeth, and torture with carny abandon at The Bug Jar. I'd love to see this cat apply his Vincent Price shtick and fingers to the baroque organ. Monteverdi would spin in his grave.

The Bellrays send me. In what will probably go down as the best show this fall, the band blasted and wailed with sweet soul and rock chaos at The Bug Jar. Still preaching revolution, the band came off a little less angry than they did when they were here five years ago. They were no less intense, though, as singer Lisa Kekaula preached and testified while perched on heels that would give vertigo to a stripper. The band blasted rock 'n' soul as if out of a blast furnace. Original guitarist Tony Fate (looking like a police composite drawing) is back with the band, wringing the hell out of his red guitar.

The Hi-Risers warmed up the joint before the Rays shined. Hi-riser drummer Jay Smay has got to be this town's best. I left the show beaming, sweaty, and spent and flew home doing 51 in a 35 (or so I was told).