As Broadway reinvents itself for a savvy new generation of theatregoers, the subject matter of successful shows over the past decade has drifted from syrupy love stories to heavier themes like high school trauma and therapy ("Dear Evan Hansen") and tragic, real world events like September 11th ("Come from Away"). One such show, "Next to Normal," which debuted on Broadway in 2009, centers on a suburban housewife battling bipolar disorder and is being staged at Blackfriars Theatre through February 23.

"Next to Normal" can best be defined as a rock musical, with music by Tom Kitt and book and lyrics by Brian Yorkey (the pair also worked together on "If/Then," starring Idina Menzel and Anthony Rapp, in 2013). Yorkey was originally inspired by a "Dateline NBC" special on electroconvulsive therapy. The six-person show contains more than 20 narrative musical numbers, and the script is largely sung, with minimal dialogue between songs. Clocking in at just over two-and-a-half hours with a 15-minute intermission, "Next to Normal" is a moving journey through one family's battle with mental health, suicide, and drug abuse.

Mercandetti, in the catalyst role, stuns. From her controlled, powerful vocals to shattering emotional moments, it's clear she has worked to connect with the tortured inner workings of Diana, particularly during the poignant numbers "I Miss the Mountains" and "You Don't Know." Opposite her, as loyal husband and father Dan, is J. Simmons, another multi-dimensional actor who pulls at heartstrings through his confusion and devotion during "A Light in the Dark" and "Why Stay?/A Promise." 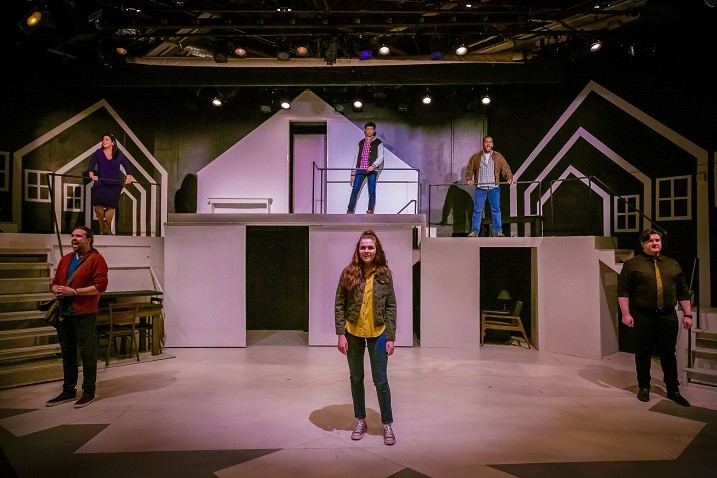 Because of the weighty, tragic plot, "Next to Normal" requires skilled actors as well as vocalists. This intimate cast is up for the challenge, delivering a potent ensemble performance with specific spotlight moments for each character. Much of this is a credit to Young's direction, as she does not allow the show to be stolen by one particular character. There's an attention to placement, blocking, and lighting that gives each of the six cast members their time to shine. And they do — many in Friday's audience were brought to tears by the performances. Chemistry is also very evident among the cast (albeit platonic where at times it should be romantic) and the way they play off of one another gives an added layer to the show's impact. 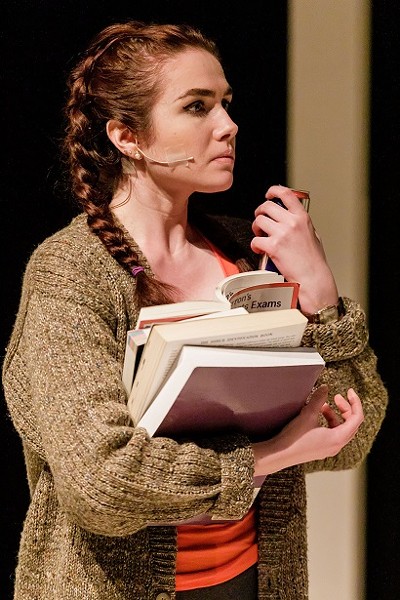 In addition to demanding vocals, "Next to Normal" is a musically-driven few hours, and the six musicians, led by musical director and conductor Andy Pratt in the second-floor pit at stage right, hardly ever stop playing. There were a few hiccups with imbalanced instrumental and mic levels which resulted in flat notes from the cast, but once the instrumental levels lowered, the actors were able to readjust. "Next to Normal" isn't for the easily intimidated theatre company — it's an acrobatic production that requires flexibility from both actors and musicians.

Eric Williamson's two-story set functions largely as the family's suburban home, but also a doctor's office, a school auditorium, an operating room, and an outdoor space. Design-wise, it's kept light and bright, leaving plenty of room for creative interpretation and focus on the storyline. Costume design by Casey McNamara is contemporary yet eye-catching (especially the bright dresses worn by Mercandetti). 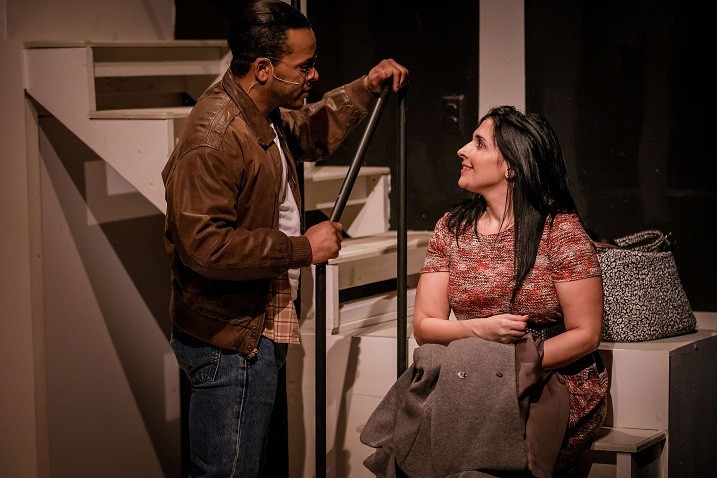 The subject of mental health onstage is something audiences may not have embraced willingly several decades ago. "Next to Normal" is unlike "One Flew Over the Cuckoo's Nest" in that it's terribly realistic. It's shockingly relatable. The Goodman family could easily be living in Spencerport or Webster. Tragedy and trauma wait for no man, and sometimes genetic predispositions ravage a person's health. But the normalization of mental health conversations in pop culture and entertainment could mean less stigma and more folks seeking treatment — and that's worthy of a standing ovation.