FILE PHOTO The exterior of the Monroe County Jail
Monroe County Jail inmates will get two 15-minute phone calls and a 30-minute video call at no charge through the end of the month, Sheriff Todd Baxter announced Tuesday.

The holiday season arrangement follows news reports on the exorbitant cost of placing a phone call from inside the jail and a nationwide push from prison-rights advocates, public defenders, and relatives of the incarcerated to limit profiting off the imprisoned.

The cost of a call from jail is paid by the receivers of the calls, typically family and friends of inmates, who have pre-paid accounts with a private vendor that runs the jail-phone system.

In Monroe County, that vendor is Securus Technologies, one of two companies that monopolize the prison-phone system in the United States. 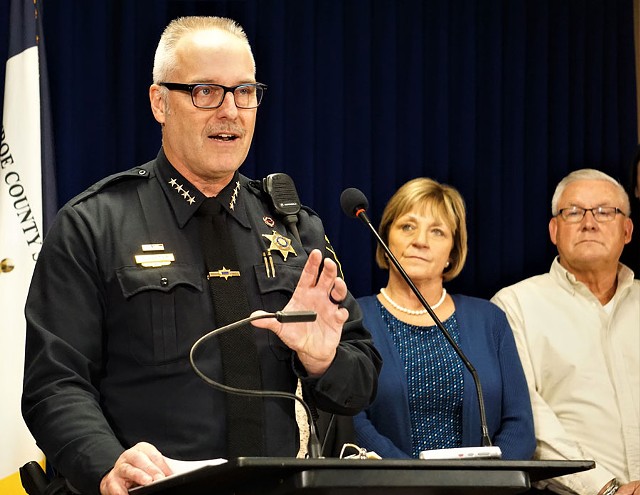 The county entered into a contract with Securus last year at the urging of Baxter, amid pressure from advocates and some county legislators, after research by advocacy groups revealed that Monroe County had some of the highest jailhouse phone rates in the state.

The new contract reduced the price of a call from the jail to a flat rate of 10 cents a minute — a rate that put the Monroe County Jail among the lowest in the state.

The county collects a 78.5 percent commission on each call under the contract, and anticipated netting around $500,000 a year. The commissions go into something called the “Telephone Trust Fund,” which county officials have said is used to pay for capital projects around the jail, like upgrading security features.

The new arrangement stemmed from a request from Legislator Rachel Barnhart to Sheriff’s Office to use an estimated $1.6 million in the fund to pay for inmate calls, according to the Legislature’s Democratic Caucus.

Barnhart has been among the loudest critics of the prison-phone system and was one of three legislators last year to vote against the legislation for the Securus contract, citing a need to rethink the system entirely with an eye toward making phone calls free.

New York City in 2018 became the first major city in the United States to make phone calls from its jail on Rikers Island free.

The new arrangement is expected to save families and friends of inmates about $24 over the course of the month.

“A year ago we had 26 legislators voting for this contract and applauding Sheriff Baxter for lowering the cost of jail calls,” Barnhart said. “Less than a year later, we’re in a place where people think we need to go much further. I think this is significant progress.”