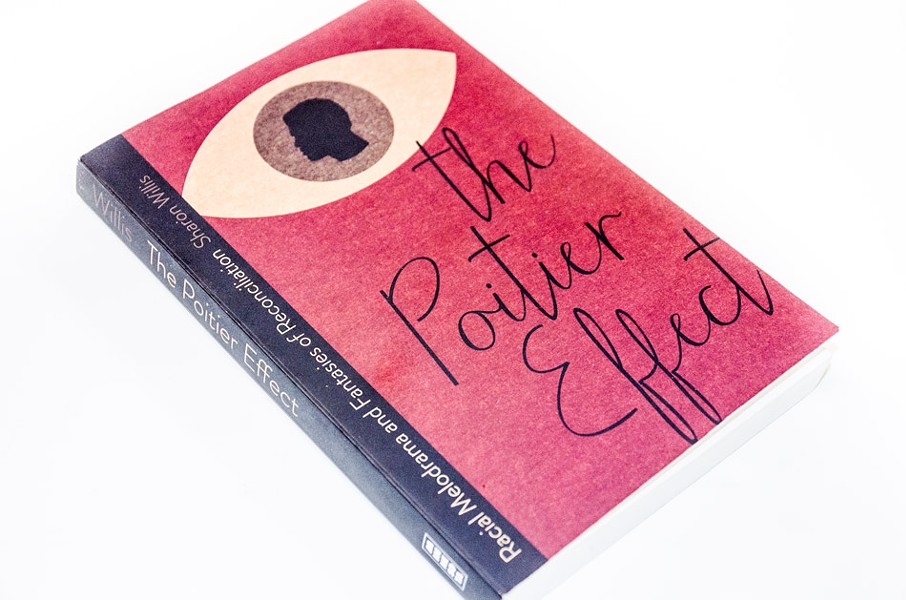 In her book, "The Poitier Effect: Racial Melodrama and Fantasies of Reconciliation," Sharon Willis, a University of Rochester professor of Art and Art History/Visual and Cultural Studies, provides a comprehensive, deft analysis of respectability politics by using the films of Sidney Poitier — and their enduring effect on our depiction of racial reconciliation — as a case study.

Willis argues that while Sidney Poitier remains an important Civil Rights figure, he also symbolized the white desire for a racial reconciliation that required no real change on the part of white culture — a version in which education and friendship on the personal level could negate the gravity of history and our persistent problems with inequality.

Poitier's nearly identical roles were a projection of what seems to be the only accepted version of a respectable black figure: the superhumanly patient, wise teacher, who exists to be a nonthreatening, even comforting, ambassador of black people. He assures white America that an acceptable resolution has been reached, with little mention of historic context and with no regard given to wider systemic troubles.

City recently spoke with Willis about her book. Following is an edited transcript of that conversation.

City: You describe this "Poitier Effect" phenomenon as having an enduring and direct impact upon our expectations regarding Obama. How pervasive is the effect in American culture? What has been its impact outside of America?

Sharon Willis: I think it's quite pervasive, as what I've written about popular commentary on the President, for example. Poitier remains a kind of icon — and also a form of shorthand — for the "civil rights subject," the non-threatening, good black citizen, the pillar of his community. I think the effect is quite widespread in white culture, which tends to remain resistant to thinking with much subtlety about race or race relations.

Some see the depiction of black anger as missing from mainstream film, unless it is represented as thuggish. Why are whites so unreceptive to an empathetic examination of black anger? Is it just shirking responsibility for that anger?

Perhaps there's an element of guilt? I think white culture has — at least since the 1960's — retreated frequently to a posture of guilt. But, it's worth bearing in mind that no angry response to oppression or injustice is well received: think of how feminist anger has historically been judged.

Can you point to representations in film or TV of black anger carried through to a logical —not fantastical — conclusion?

Selma would be the most recent example — an admirable one for sure. John Singleton's "Rosewood" (1997). The work of Charles Burnett: "Killer of Sheep" (1978), "To Sleep With Anger" (1990), "The Glass Shield" (1994), and his 2003 documentary, "Nat Turner: A Troublesome Property," which works to correct the image that William Styron emblazoned in the popular memory. Also, Haile Gerima's "Sankofa" (1993), and of course, "Talk to Me" by Kasi Lemmons. All black directors, which tells us something.

There has been a tendency to exoticize or even fetishize non-American people of African descent. African immigrants in some industries are treated with more respect and dignity than poor black Americans. Poitier was Bahamian-American. What bearing do you think this had on his acceptability?

I do think that foreignness has a bearing on mainstream U.S. perceptions of, and treatment of, people of African descent. And I think that Poitier's Caribbean background functioned as an asset for him. For Harry Belafonte, whose parents were Caribbean, and whose musical career reflected that ancestry — not so much. I do think that in the U.S. popular imagination there's great appreciation for the Afro-British; but then we seem to continue to be suckers for the British accents. It would be interesting to consider the careers of British actors playing Americans: there's been a real rush. Idris Elba in "The Wire," Chiwetel Ejiofor and Lupita Nyong'o in "12 Years a Slave," David Oyelowo in "Selma."

You write about Blaxploitation as, in a way, a response to Poitier's films, but also as a "performance of blackness," and describe the characters as "postures of masculinity." Where did the genre fail? Why wasn't it a viable answer to The Poitier Effect?

Blaxploitation seems to have run its course rapidly — not that this amounts to a failure, I think, because its influence has remained quite strong: Quentin Tarantino's work is very much marked by Blaxploitation, for example. Financing was always an issue. But most critics seem to think that it quickly became formulaic, even stereotypical. Equally important, Hollywood, which had been in an economic slump, discovered the blockbuster formula, and quickly learned that these would readily attract African American audiences.

Have you seen "Dear White People?" If so, what are your thoughts on that work?

I really liked it. It was clever and witty — no cheap shots. Very much on the mark about how absurdly white people sometimes behave. But it offered a nuanced portrait of a community — loose though it may be — of students of African descent. I liked that it took on the question of bi-raciality as well.

You discuss the scripted nature of the news during the Civil Rights era, stating that even though the media and Civil Rights leaders formed an unlikely alliance, it was due to the engaging melodramatic potential of the stories, and all but very specific black voices were carefully kept out of the discussion. Though it's an old story, police brutality is front and center in the race conversation right now. Has the new media's storytelling gotten better or worse since the Civil Rights Era?

I do think that the media's storytelling has become more subtle. I notice especially that most media outlets take care to give voice to the people around the victims of police violence — whether family, friends, or community leaders. And, it seems to me that journalists are giving people time to articulate their positions — many of these interlocutors, not surprisingly, turn out to be very articulate analysts of what's going on.

Do you see the social media element as a viable solution to those missing black voices?

I'm kind of out of the loop on social media, but I did note with interest that the young activists who helped organize the events around the Ferguson, Missouri, protests seemed to be relying regularly on social media.

Does your role as a teacher involve social justice considerations?

Yes, of course, social justice comes into consideration when we deal with race and gender. But I try to maintain a light touch. The point is for students to do their own best thinking and come to their own conclusions. (Nobody needs an old white lady handing them a script). Our students do want to be challenged, however, and my job is to provide an environment in which they can risk sharing ideas, and even arguing, in order to get somewhere new.