Schools can't do it all - no matter what we think 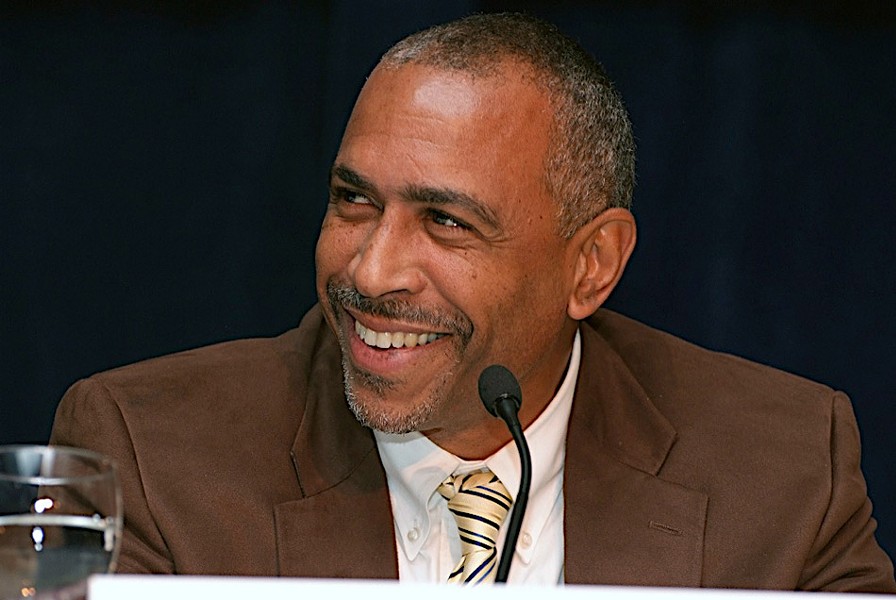 "What we know," Pedro Noguera told an audience of teachers, parents, and community members at East High School recently, "is that when poverty is concentrated, schools almost always fail."

Almost every one of Rochester's public schools has a high-poverty student population. And most of the students in most of those schools are struggling academically.

And yet many of the non-poor in the Greater Rochester area – elected officials, business leaders, average citizens – blame the schools: the teachers, the principals, the superintendent, the school board.

And so, the importance of Pedro Noguera's message, and his visit.

Noguera, who is an education professor at UCLA and the author of numerous articles and books on urban education, spent a couple of days in Rochester earlier this month, talking with the staff at East High and giving an evening talk focusing on concentrated poverty's impact on urban schools. He was brought here by the University of Rochester, which is managing the school.

Among the few public officials in the audience was City Councilmember Elaine Spaull. Talking with me about Noguera's speech the next day, Spaull said she wished every elected official in the county had been there.

Because until the broad community recognizes that the primary problem is poverty – not teachers, principals, superintendents, or school board members – the problem will get worse.

Dealing with Rochester's extreme, concentrated poverty won't be easy, and it sure won't be cheap. It will take extra resources – education and non-education resources. Reading teachers, smaller classes, revised curriculum, teacher training. Social workers, health-care professionals, you name it. Because concentrated poverty has a terrible impact, on neighborhoods and on the physical and mental health of adults and children in those neighborhoods.

We don't give schools money to address the problems that concentrated poverty causes, Noguera said: "We keep thinking that schools can solve the problem of poverty by themselves."

"We're expecting schools and teachers to be counselors, to take on jobs that they're not trained to do," he said. "And we blame the teachers and the schools." And when a school fails, "then we say: Just get rid of it."

Or the state threatens to take over the school – as if, Noguera said, state officials know what needs to be done but they're holding back, just waiting, and watching children fail.

"This is an American problem, rooted in our history," Noguera said, "rooted in the structure of our society."

Canada doesn't have this problem, he said. "Cross the border, and you'll find that Canada has figured it out." Cross the river from Detroit and go to Windsor, Noguera said, "and you'll find a stable, thriving black community."

"There has been a deliberate disinvestment in urban schools in this country," Noguera said. And it's not as if we don't have enough money.

Within a year after Katrina, New Orleans' Superdome was back in operation, Noguera noted. "The Lower Ninth Ward didn't get a school open for 10 years. Why? Because we love football more than we love children."

"Belle Glade, Florida, produced more National Football League players in the last 40 years than any other place," Noguera said, "because we care about football." Belle Glade could produce more engineers than other places – if we cared more about engineers.

"We have to stop pretending that we've done all we can," Noguera said. "We haven't. We've barely done anything except blame the teachers, blame the kids."

There is no question that the Rochester school district's administration, its teachers, and its principals need to improve. In a Democrat and Chronicle article last week, we learned of yet another example of unconscionable failures, this time in the district's special education program.

But this community can't let such reports mask the root of the problem. And it can't insist that the district fix its shortcomings without accepting responsibility to deal – in a meaningful way – with the problem of poverty.

Following Noguera's talk, a panel consisting of academics and an East High parent offered their reaction and their personal experience. In her remarks, East social studies teacher Gloribel Arvelo-Park painted a devastating picture of the career she has chosen.

"We are struggling to do it all," she said. "How do we help students at East who come with a third or fourth-grade level education, students who have to take exams four or five times? How do we deal with all of this? How do we sustain it?"

"Some days," she said, "I have 50 percent of my bilingual students show up. They have to babysit for Mom, who has to go to work. They have to find a job to help support a family."

"I come ready every day to do everything," she said. And: "We welcome any advice."

Struggling to do it all.

If those of us outside of the school walls continue to insist that the district has to do it all, tens of thousands of children will continue to fail. That's irresponsible, and it's immoral.

Rochester, Pedro Noguera said, needs civic leadership on this issue. "You have a university that has set an example," he said, referring to the University of Rochester's partnership at East. The other universities, the churches, businesses: all need to step up.

Well, we'll see whether they do. We'll see.